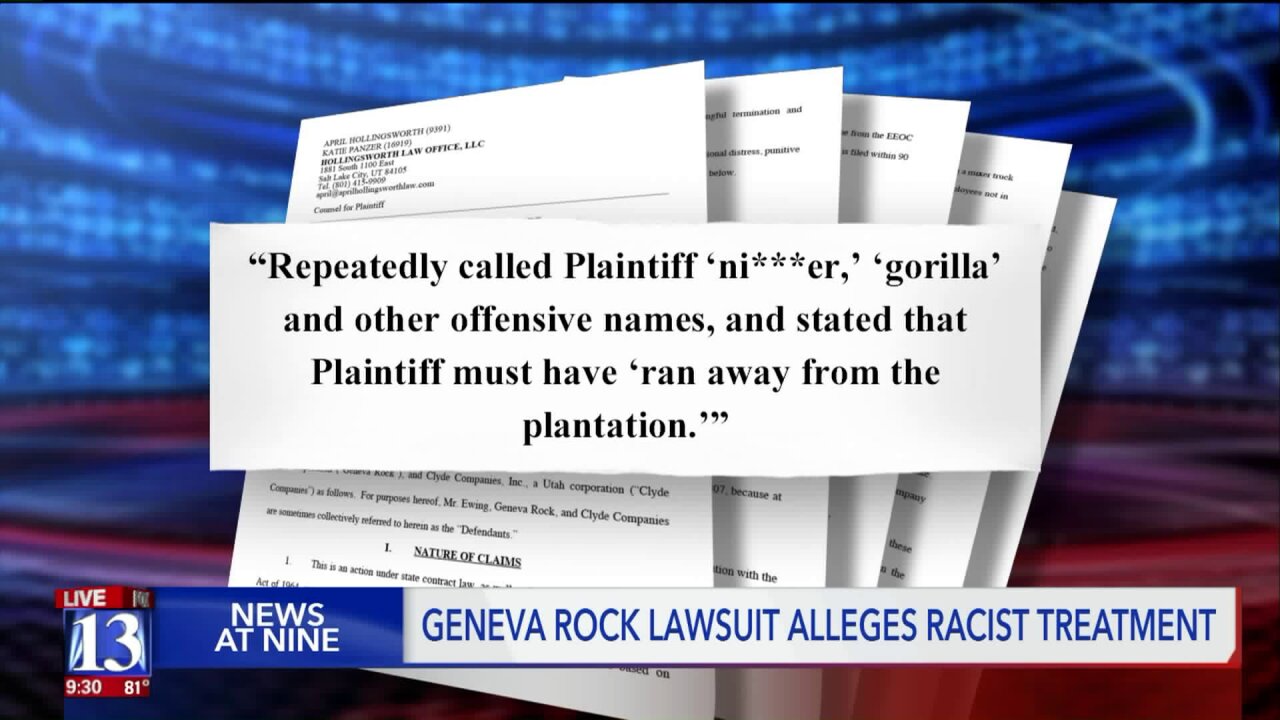 SALT LAKE CITY — A former employee with Geneva Rock is suing the company, saying other employees treated him horribly because of his race and national origin.

The plaintiff, who asked to not be named, started at Geneva in 2014 and worked there for three years. He said he was the only African-American employee at the company’s Utah County location.

“I tried to erase the memories because it was so bad for me. I tried to forget,” the plaintiff said.

He had moved from Africa and says he experienced tribalism there — but nothing like this.

“I looked and he had this banana, this big yellow banana, and he was waving it just like this,” he said.

Pounding their chests, calling him a gorilla and using racial slurs, the plaintiff says he gained at least 30 pounds from the stress of going to work.

Others called him a “goal employee,” saying he was hired to fit the company`s diversity quota.

When he went to management with his complaints, the plaintiff said they told him to “quit being so sensitive.”

“‘Because you are acting gay, that’s why he was doing that. So I’m telling you to stop acting gay,'” the plaintiff said he was told by management.

“Harassment is not tolerated and has no place at Geneva Rock,” a company spokesperson said.

The company could not say much because of pending litigation, but told Fox 13 that “an employee was let go due to multiple accidents in a 12-month period, which violated safety expectations and union agreements.”

The plaintiff says there were no accidents while he was there, and the way he was treated surpassed the suffering he felt in Africa.

“I don`t think a regular person who has not been cooked in Africa before could take this,” he said.

In Geneva’s statement, the company said the accusations were made after the employee was fired.