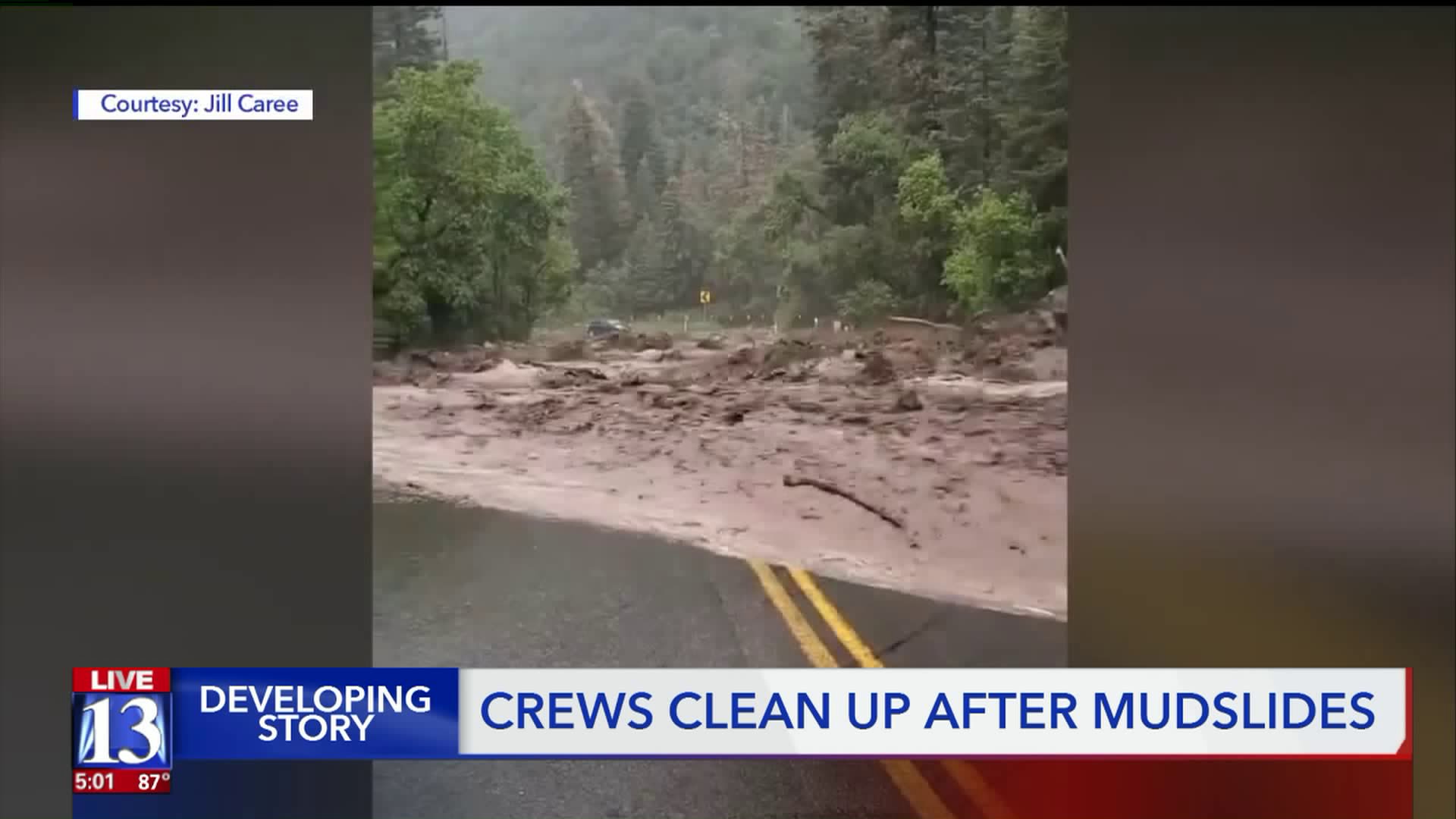 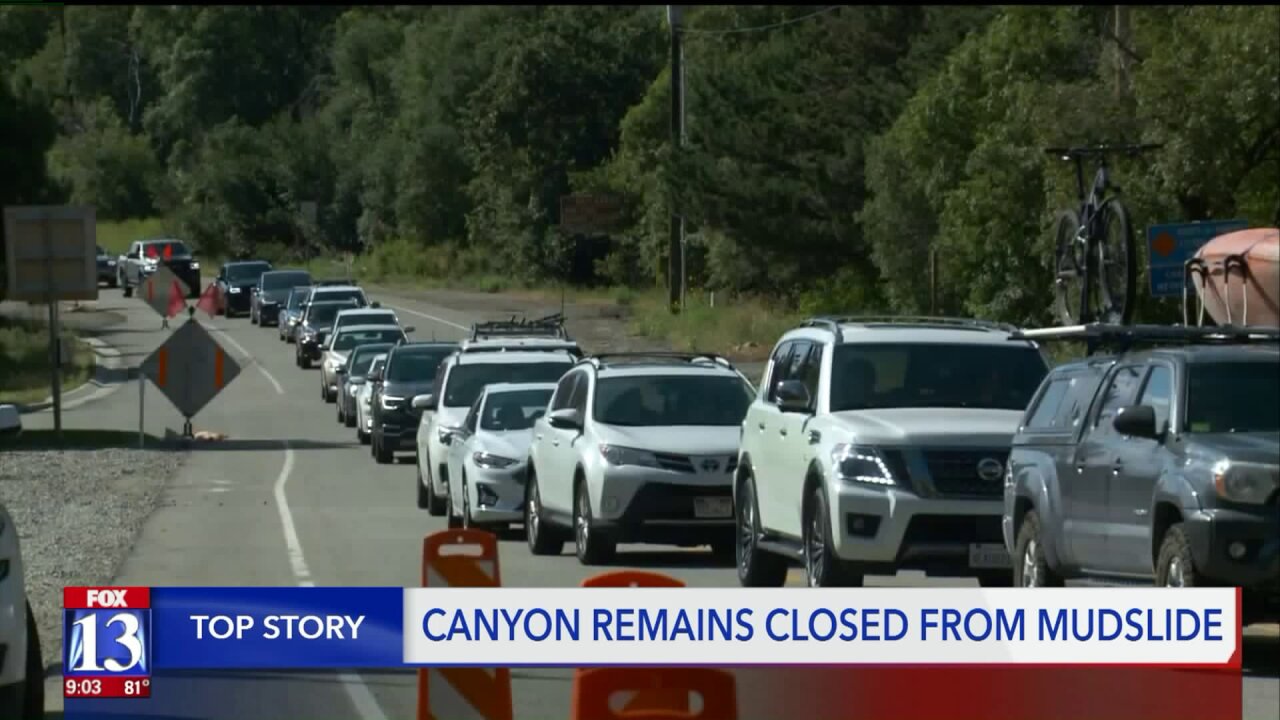 LITTLE COTTONWOOD CANYON, Utah — Drivers planning to travel up or down Little Cottonwood Canyon between Thursday night and Saturday afternoon were mostly out of luck after heavy mudslides covered the road.

Crews worked around the clock to open Little Cottonwood Canyon before Saturday afternoon.

Runoff was the only thing getting down Little Cottonwood Canyon most of Friday.

Thursday marked one of the worst summer-time slides crews have ever seen.

Jill Anderson captured video of the mudslide while returning from dinner at Snowbird.

“Boulders started to come down and hit my brother’s truck and we actually felt all the boulders pushing us off the road,” Anderson said.

They were able to make it back unharmed. Twenty-four hours later, she was still stuck in the lodge.

“It was packed,” Anderson said. “One hundred people wrapped around and out the doors. I think 15 or 20 people ended up sleeping in the lobby. They sold out all the rooms.”

The slide reached 15 feet deep in some places. Boulders were the size of small cars. That’s what’s making it so challenging to clear the roads.

“Guys that have been up here 20 years have never seen it this bad,” Brown said.

Hundreds of drivers turned away from getting up the canyon, too.

“We have a family reunion going on that we are missing so it is really unfortunate,” John Lebaron said, from Portland Oregon.

Lebaron flew into Salt Lake during the storm and can’t get to the resort.

“It’s disappointing to have come all this way and then to not be able to visit with family and friends,” Lebaron said.

Some UDOT employees worked around the clock, doing everything they can to open the canyon.

“I was expecting this level of wash out with the snow creeping in the springtime. In August, it’s totally unprecedented,” Keir Lee-Barber said.

Hillary Thompson flew in from Phoenix for her cousin’s wedding this weekend.

"My cousin’s on this side with her wedding dress! Poor thing, waiting to get across," she said. "Ugh, I can only imagine."

Her first impression of Utah: being stranded because of a mudslide.

"It’s beautiful! It’s way more green than I thought it would be," she said, on the positive side. "Everyone has been incredibly nice. I feel like if this were to happen in any other state, people would be stressing out way more."

Tonight was the rehearsal dinner for her cousin’s wedding… a lot more empty than they expected.

"I just worry about the people that are flying in later. I hope it’ll open for them tomorrow and that we can all be together," she said.

On the other side — hundreds of cars lined up waiting for their turn.

Makenna Harwood was on a retreat with her dance team.

"We all had like dates and stuff to go on, but we had to cancel everything," she said.

Her teammate Heidi Newman spent her 18th birthday waiting in the long line of traffic.

"Someone in our group was missing out on a date. Someone missed their brother coming home from their mission today. It was just a big mess," she said. "I’m an adult! This feels like adult training!"