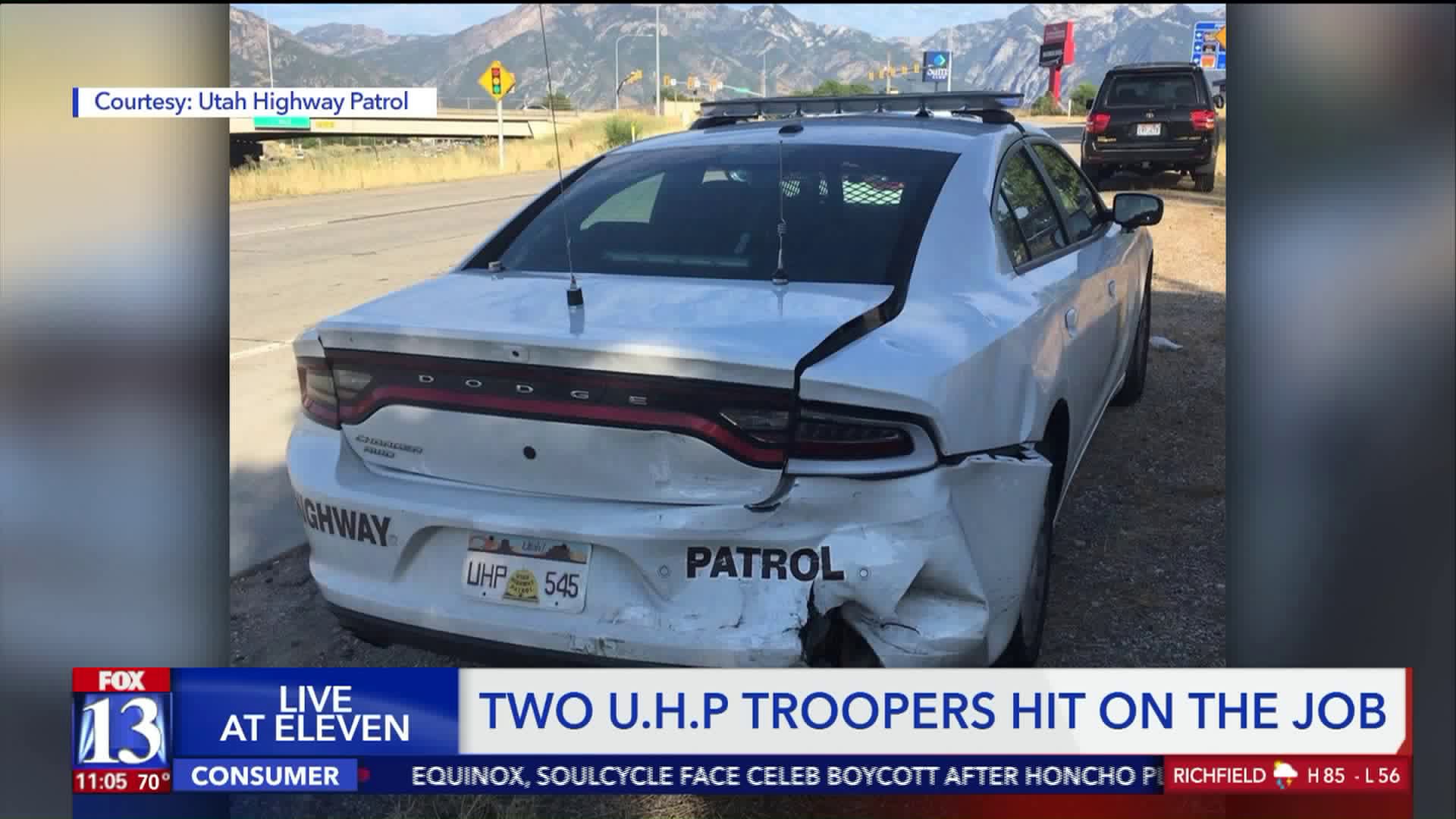 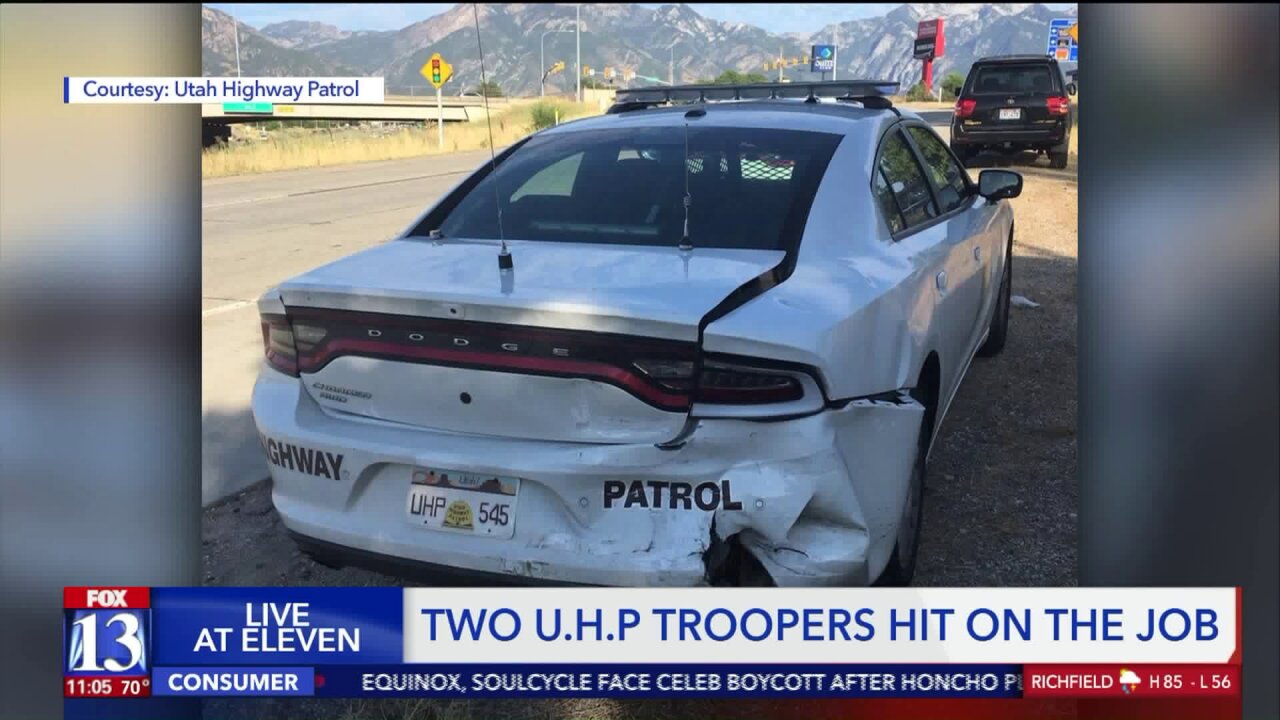 The first happened in Weber County on I-15 at 31st Street, where a trooper's car was sideswiped.

The trooper injured his back and was taken to a hospital but has since been released.

In the second incident, a trooper's car was rear-ended on I-215 at Redwood Road in Salt Lake County.

The suspect in that crash took off southbound on State Street.

He was tracked down at an apartment complex and taken into custody.

It turns out he is a wanted fugitive and troopers later found his car abandoned.

He was identified as 27-year-old Cory E. Martin and was arrested on suspicion of being involved in a hit-and-run incident.

Crashes involving UHP troopers are becoming all too common.

"If there's a lot of stuff going, be aware of what's going on," UHP Sgt. Jason McCleve said. "Be aware of your surroundings."