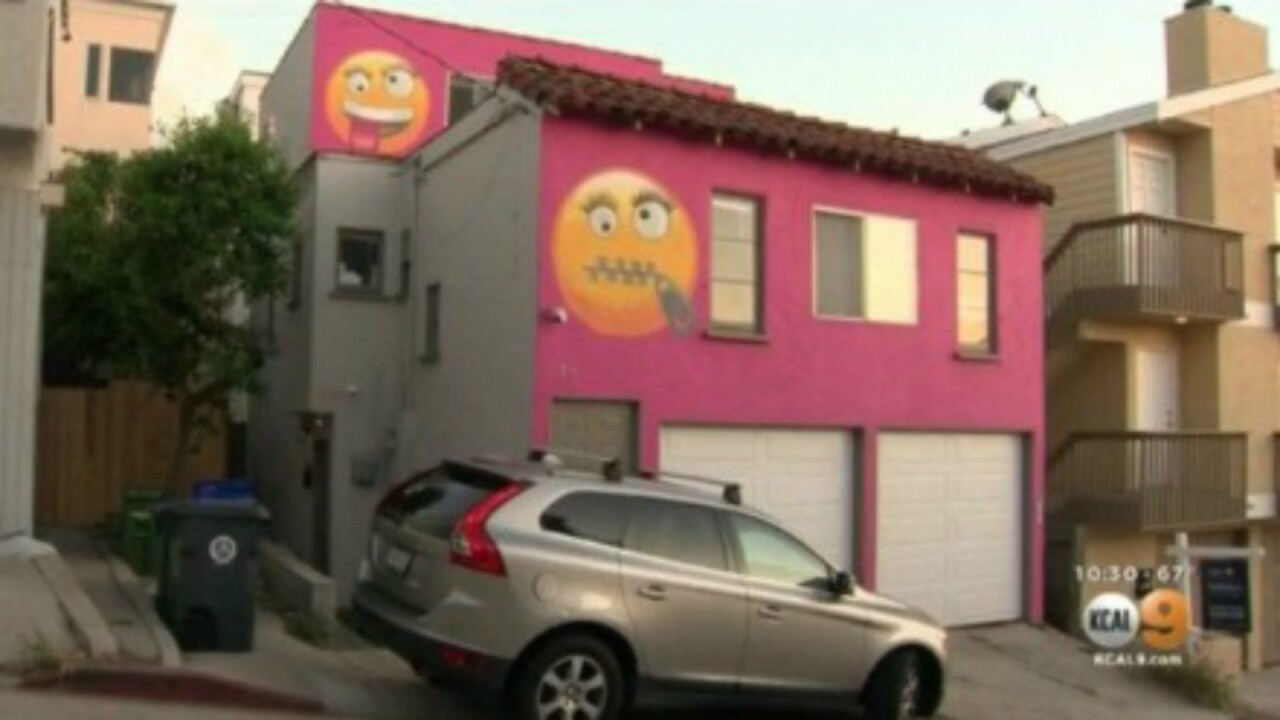 MANHATTAN BEACH, Calif. (KCAL) — The Manhattan Beach City Council got an earful from some angry residents who want the owner of a pink house decorated with two giant emojis to remove them.

They said the bizarre paint job is a public nuisance and were worried it will bring down property values.

The homeowners claim the house on 39th Street near Highland Avenue was painted hot pink and decorated with the two eye-popping emojis — one with a zipped lip, the other with googly eyes and its sticking tongue out — after the owner, Kathryn Kidd, was fined $4,000. Her neighbors had complained to the city she was illegally running a short-term rental.

“She was upset the city shut her down and fined her thousands of dollars,” neighbor Dina Doll said.

“I think it’s not even ambiguous actually. Zip the lip … we all know what that means,” she said, adding: “I think it violates every sense of common decency.”

“It’s a message to me to be positive and happy and love life,” she insisted, adding: “I have eyelash extensions. The eyes are like a Mona Lisa eye. They kind of follow you.”

Neighbors point to an Instagram post they say hints at Kidd’s true intentions, however. In a now-edited post with the hashtag “EmojiHouse”, a caption by @ztheart begins: “Are your neighbors constantly ratting you out? Have they cost you thousands in fines? Have you wanted to tell them off lately? Why risk a case, when you can hire me to paint them a pretty message?”

Kidd said she has no intention of painting over it.

Edward Averday, who’s leasing the house for a year, isn’t bothered by the house’s larger than life decorations.

“The only thing I really have to say is this is a really nice place to live. It’s a happy house. From the inside, my view is of the ocean. What’s not to like about that?” he said.