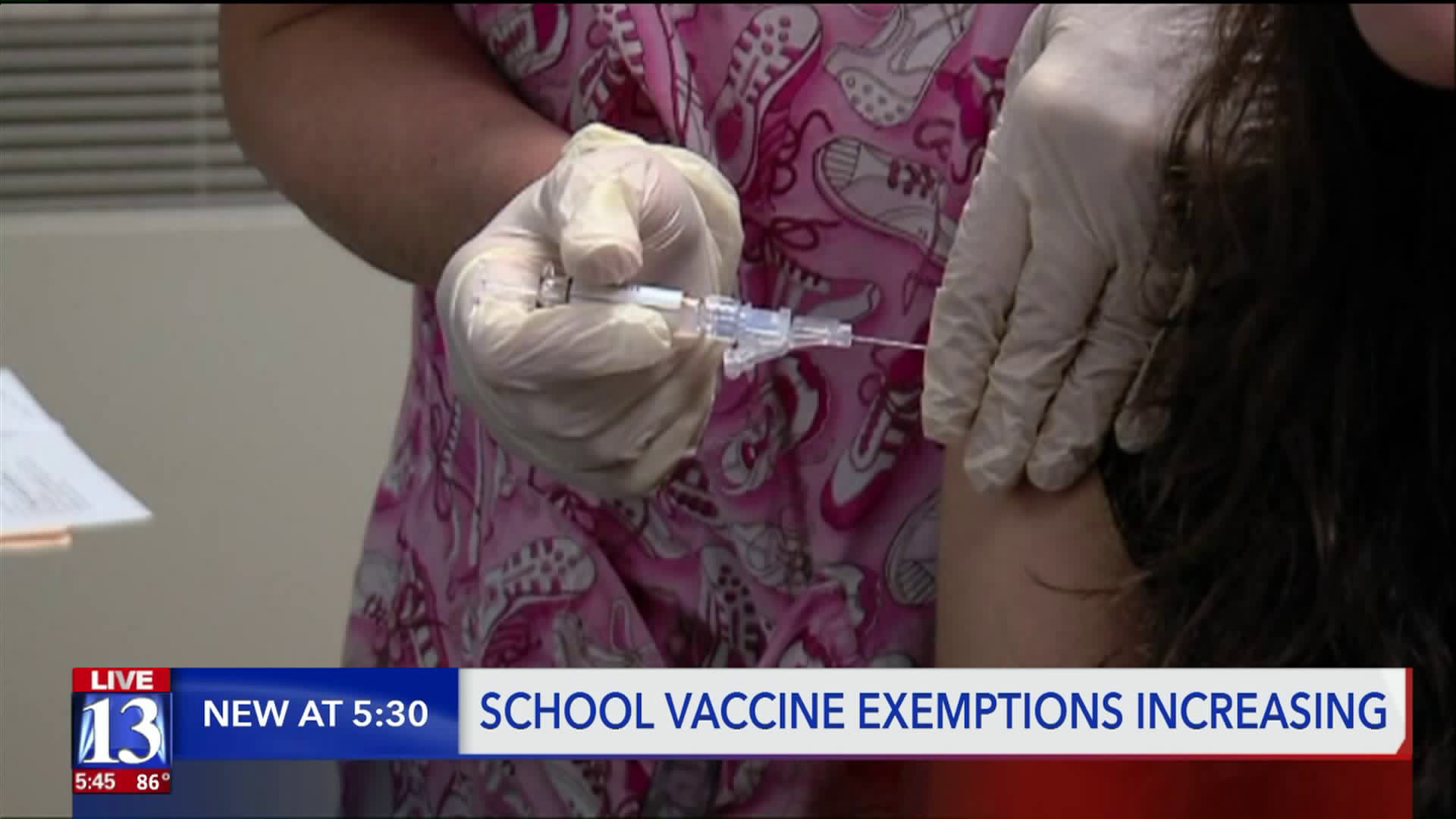 Vaccination numbers from the Utah Department of Health show a consistent rise in the number of non-medical exemptions, allowing unvaccinated students to attend school due to personal or religious reasons. 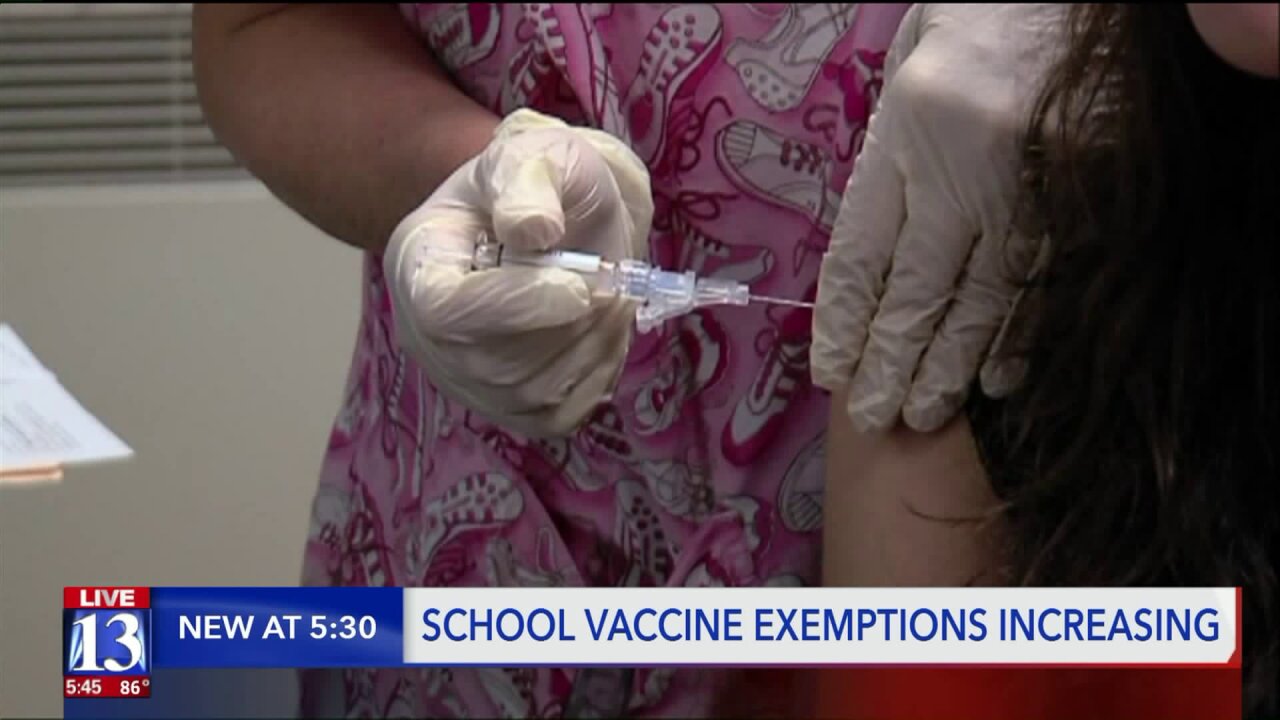 SALT LAKE CITY – Vaccination numbers from the Utah Department of Health show a consistent rise in the number of non-medical exemptions, allowing unvaccinated students to attend school due to personal or religious reasons.

Utah is one of just 18 states which accepts non-medical exemptions (NME) to allow kids to attend school unvaccinated for personal or religious reasons.

“You have the freedom of choice,” said Rich Lakin, Immunization Program Manager for the Utah Department of Health, as he discussed the advantages of NMEs.

“If you have less kids that are vaccinated, obviously, if you have a disease that goes through that school then it’s going to be transmitted easily from student-to-student,” he said as he went on to the disadvantages.

According to recent numbers from the Utah Department of Health, many beehive state parents are continuing to choose not to vaccinate.

“I think we’ve reached the point where now the public has reached a higher exemption rate, we’re starting to see outbreaks,” Lakin said.

In fact, if you break down the numbers, you’ll notice a steady increase in NMEs for students in kindergarten through seventh grade over the last three years.

Numbers provided to FOX 13 show an increase for both district and charter schools. District schools reported 4.57% of students who had an NME during the 2016-17 school year, compared to 5.07% during the 2018-19 school year.

“I don’t know what’s going to fix this,” Lakin said.

“We don’t see childhood disease like we used to, if you don’t see it any more than you don’t think they exist, the reason they don’t exist is because of childhood vaccinations,” said Lakin.

The Department of Health believes there is a reason for the uptick.

“We’re thinking there’s a lot of social media, misinformation that parents are getting, they’re not getting the correct information,” said Lakin.

Back in March, Facebook put out a statement with its intentions to make a change.

“Leading global health organizations, such as the World Health Organization and the US Centers for Disease Control and Prevention, have publicly identified verifiable vaccine hoaxes. If these vaccine hoaxes appear on Facebook, we will take action against them,” the statement said in part. “We are fully committed to the safety of our community and will continue to expand this work."

Still, the Department of Health said it’s an issue they are still trying to learn how to solve.

“We’ve got to find out why and we need to message out, the correct information to the parents so that they know when they get a vaccine it’s safe and they are protecting their children,” Lakin said.