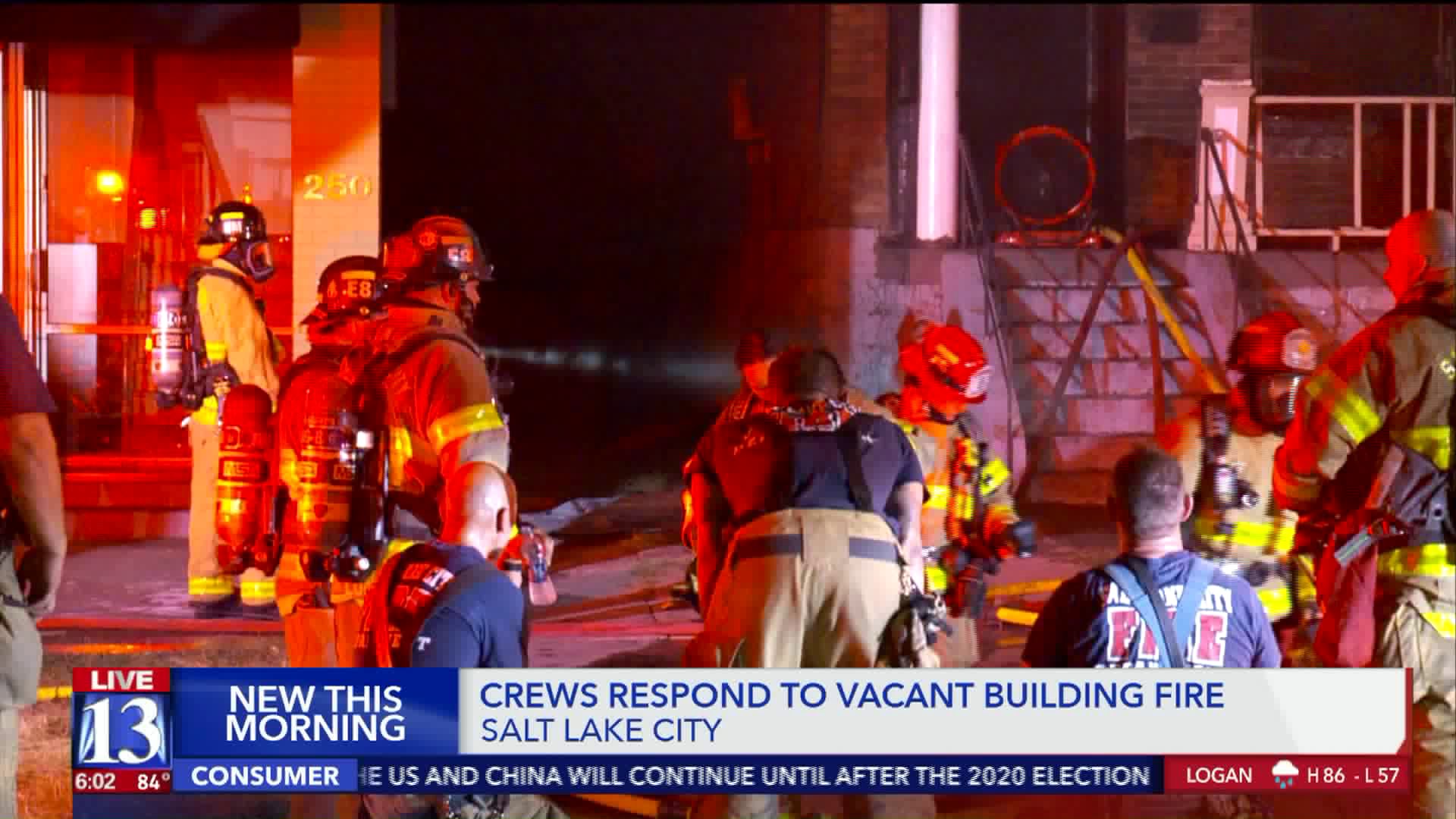 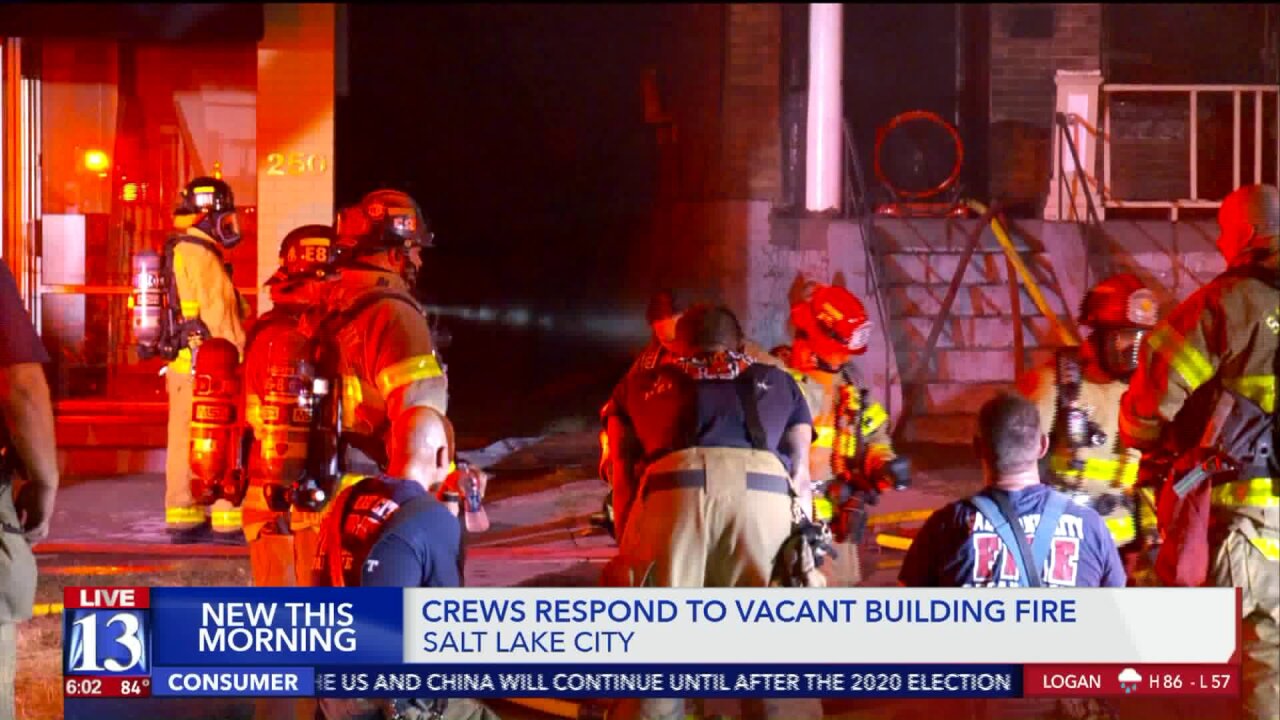 Flames and smoke were pouring out of the building when crews got on scene, and the fact that it was boarded up made it very difficult to fight.

"It did present some access issues for us as it was all boarded and locked up," Captain Tony Stowe with the Salt Lake City Fire Department said. "We had to gain access via ladder for a lot of our second story operations and it took us a little bit to get in. We had to force entry on all sides."

It's an older building that at some point had been turned into apartments, and there was still some active electricity inside.

No one was hurt and investigators are trying to determine what caused the fire.

A disaster cleanup crew was putting boards back on the windows and cleaning up the site.