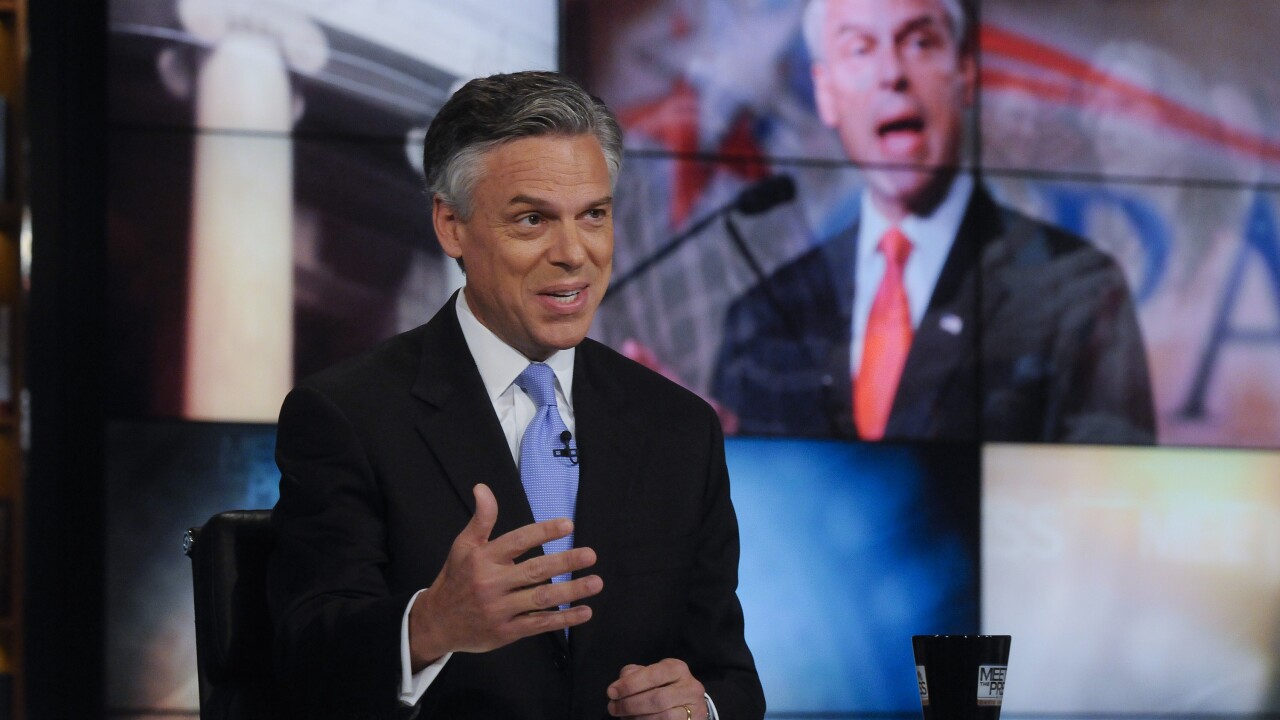 SALT LAKE CITY - Jon Huntsman is resigning his post as U.S. Ambassador to Russia and will return to Utah for a possible run for Governor, the Salt Lake Tribune reported Tuesday morning.

Huntsman sent President Donald Trump a resignation letter Tuesday morning and is planning to move back to the Beehive State in October, the Tribune reported.

His resignation is effective October 3, and he previously served as Utah's governor from 2005 to 2009. However, a source close to Huntsman told CNN that decision is still up in the air, saying: "We shall see, it's been a long two years."

"I think he'll be a powerful player in this race if he does decide to enter it," said Jason Perry, Director of the Hinckley Institute of Politics at the University of Utah. "He has many supporters in the state already and we have some other significant candidates that he will be able to go and articulate his policies against, I thinks Utahns by and large liked him when he was the governor."

Huntsman's departure comes as Fiona Hill, the top official on Russian affairs at the National Security Council, is also expected to leave her post this month.

CNN previously reported that Trump and Russian President Vladimir Putin discussed the need for a new US ambassador in Russia while speaking on the phone last week.

Huntsman and his wife in the last few months have been having dinners with fellow diplomats and others as they prepare to leave the country, according to an embassy source.

Huntsman's wife, Mary Kaye, has posted some of their recent events -- such as a Friday night pool competition with the embassy's marine guard members last month and a walk along the Moscow river -- on Instagram.

While Putin and Trump discussed the fact that there will have to be a new ambassador in the coming months with Huntsman's expected departure, the men did not discuss any names of potential replacements.

Huntsman, who has served in the post since 2017, was directly involved in the case of Paul Whelan, an American corporate security director who was mysteriously detained by Russian authorities on suspicion of spying.

In January, Huntsman visited Whelan personally -- an atypical move for an ambassador, CNN analyst John Kirby said -- when Whelan was arrested in a possible retaliation move 15 days after alleged Russian spy Maria Butina pleaded guilty in US federal court to trying to infiltrate political circles and influence US relations with Russia.

Huntsman revealed in November that he had stage one melanoma -- a diagnosis that he did not share with anyone in Moscow out of concern over how the information would be received. Huntsman, a former Utah governor and 2012 presidential candidate, previously served as ambassador to China in 2009.

The Salt Lake Tribune is a content sharing partner with Fox 13 News.