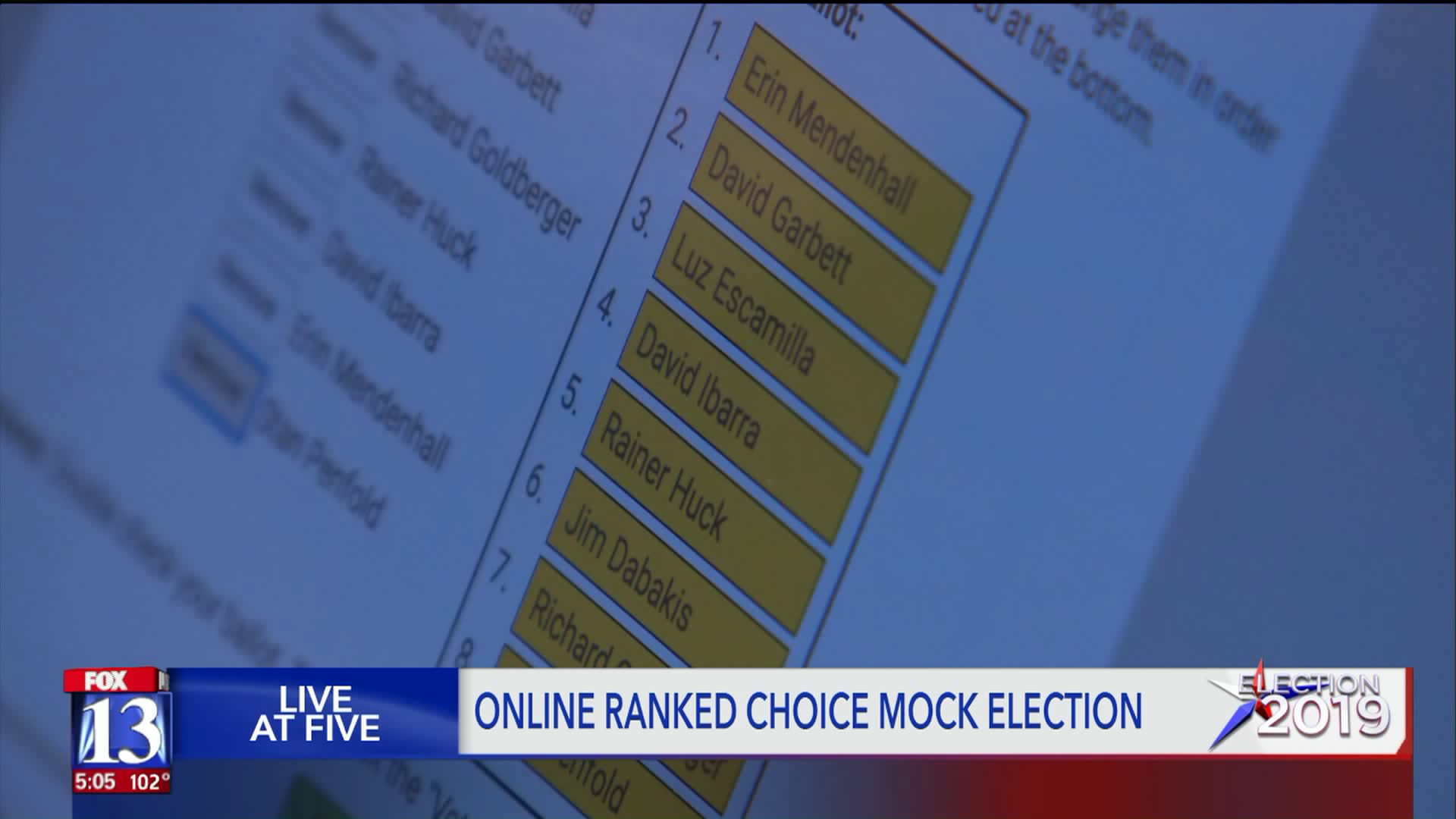 The League of Women Voters of Utah is advocating for ranked choice voting by staging a mock SLC Mayor election. 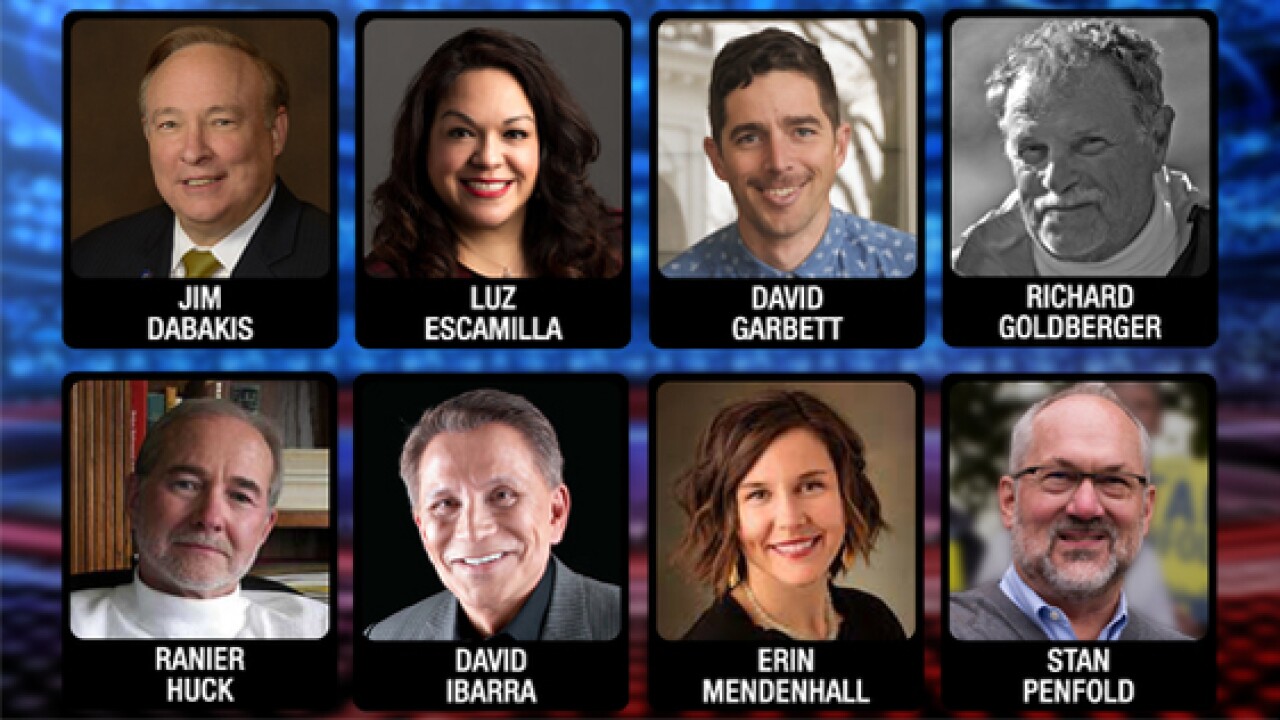 SALT LAKE CITY -- With eight candidates in the race for mayor, it will be a fight for the candidates to emerge from a jungle primary next week.

But the League of Women Voters of Utah is gently trolling the Capital city by showing how it could have been. The group is advocating for ranked choice voting by staging a mock election.

"With eight candidates running for Salt Lake City mayor, it would have been a perfect time to try out ranked choice voting," said Kathy Biele, the president of the League of Women Voters of Salt Lake.

The online election allows participants to rank the eight candidates in order of preference. In a traditional election, you pick one candidate. In a ranked choice election, they are ranked from first to worst. As the results are tallied, second and third choice votes are thrown in on rounds of balloting to see a winner emerge.

"What ranked choice voting does is, it allows the ultimate winner to be winning with 50 or more percent of the vote," Biele said. "Often, what we get now, particularly with a primary is someone who has a plurality of the vote and that’s not really good for anybody."

Salt Lake City opted not to participate in a pilot project approved by the Utah State Legislature earlier this year, out of concern for the cost to administer a special election (counties usually administer the elections) and the time it would take to educate voters on how to do it.

"With so many candidates in Salt Lake City, it seems like they really missed an opportunity," said Rep. Stephen Handy, R-Layton.

But Rep. Handy conceded he isn't exactly a fan of it, preferring a "one person, one vote" method.

"I worry about imposing ranked choice voting, it seems to be it could be confusing," he told FOX 13.

Only Payson and Vineyard have agreed to test out ranked choice voting.

FOX 13 reached out to each of the candidates for Salt Lake City mayor, who mostly expressed support for it and suggested they would try it in future elections.

"I absolutely support ranked choice voting. 2019 would have been a great year to try ranked choice voting as Salt Lake City residents have such large field of candidates for Mayor. With Ranked Choice voting, voters are given an opportunity to not only choose their top choice candidate, but also their 2nd, 3rd, and even 4th choice.   This method eliminates voting against the lesser of two evils. As Mayor, I would absolutely work to implement this voting method," David Ibarra said.

Luz Escamilla's campaign said she supported it while in the legislature "and she 100% supports it. As mayor she would continue to support ranked choice voting."

"I think ranked-choice voting would be great for our city. It helps make elections more fair and efficient. I was disappointed the county couldn’t implement it in time for this election, but it’s certainly something I will look to implement if elected mayor," said Erin Mendenhall.

David Garbett said it is something he would consider.

"I’d be interested to see how ranked choice voting would affect the outcome of this election compared to our regular system," he said in a statement.

"As Mayor, Stan would work to implement RCV. Giving people more options and broadening people’s ability to participate in the democratic process are objectives every candidate should support," they said.

Rainer Huck initially said he was unfamiliar with it, but later called it "unnecessarily complicated."

"Seems like it would confuse a lot of voters, without a lot of benefit. I don't think we need it at all," he said in an email.

Richard Goldberger did not immediately respond to a message seeking comment.

"It’s a good idea. Let’s try it out. We should try it with a REAL election and see what happens," Jim Dabakis' campaign said in a statement.

The League of Women Voters' ranked choice voting election is not even remotely scientific. But Biele said it is a tool to educate voters in hopes that future elections could try it.

"We are hopeful they and other cities are going to opt into it later," she said.