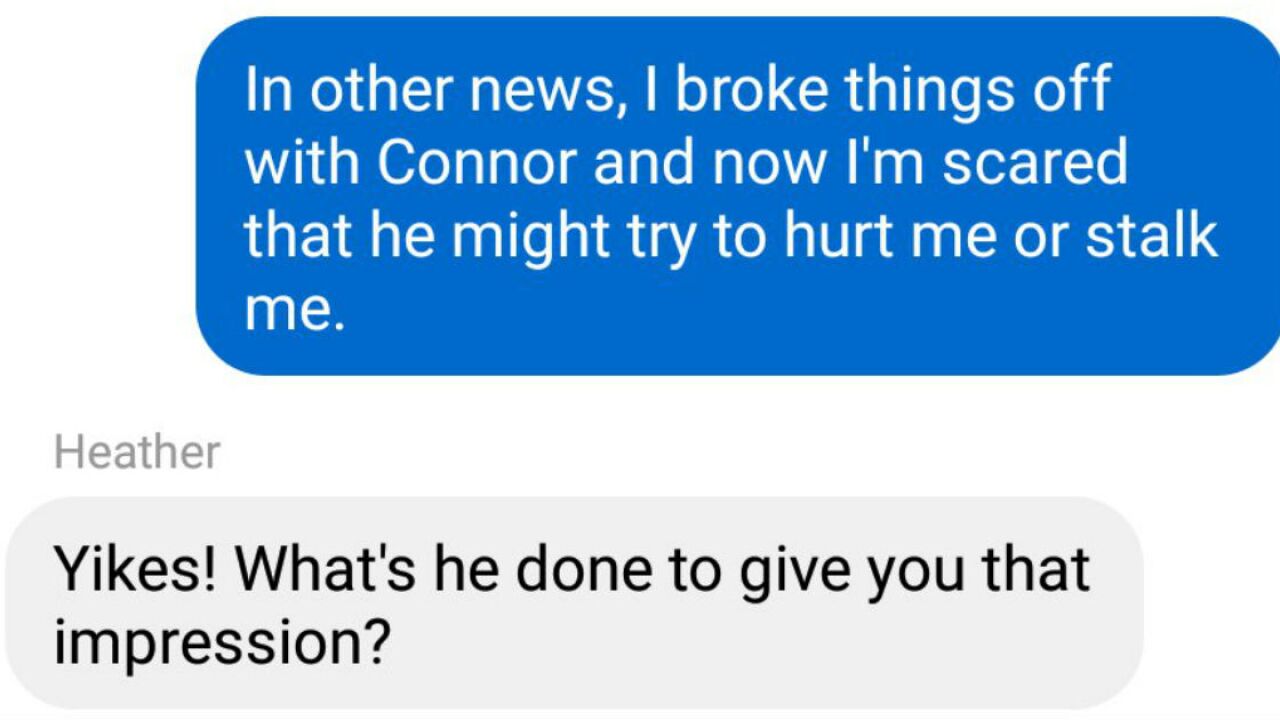 A series of red flags prompted Caitlyn “Adelia” Johnson to break up with Connor Betts, the man accused of killing nine people and wounding 27 others in the nation’s most recent mass shooting.

DAYTON — A series of red flags prompted Caitlyn “Adelia” Johnson to break up with Connor Betts, the man accused of killing nine people and wounding 27 others in the nation’s most recent mass shooting.

There were the trips to the gun range and his fascination with shooting sprees. His attempt to drop a strange, threatening letter off at the home of an ex-girlfriend. Concerns that he would hurt Ms. Johnson once she was ready to end their relationship.

Ms. Johnson, 24, recounted her memories of Betts to The Blade, providing an account Monday that helps fill some gaps in the picture of the man authorities say shot into the crowded Oregon District of Dayton at about 1 a.m. Sunday before he was killed by police.

Ms. Johnson said that at first, she found Betts charming and intelligent, but eventually there were several warning signs, leading her to end their brief relationship in a text message in May.

On their first date in mid-May, Ms. Johnson said, he showed her body camera video footage from a mass shooting at a synagogue. He would brag about how much he knew about such acts of violence. At the time, Ms. Johnson believed he took interest in the topic from a psychology standpoint — the subject he was studying at Sinclair Community College in Dayton.

“Do you know tragedies from every city?” Ms. Johnson asked him by text once.

“Is that bad?” Betts asked, tacking on the abbreviation for “laughing my ass off.”

He called it “totally normal.”

“I’m just a fountain of joy and wonderful, not-scarring knowledge,” Betts told her.

Following their breakup, Ms. Johnson didn’t talk to him again until a series of tornadoes ripped through her community at the end of May. He reached out asking if she was OK and wishing her and her family good luck in the recovery.

“Glad y’all made it through safely,” he texted her.

She wouldn’t text him again until Sunday afternoon when rumors first began to circulate that he was the shooter who opened fire on a crowded street in the Oregon District.

A series of red flags prompted Caitlyn “Adelia” Johnson to break up with Connor Betts, the man accused of killing nine people and wounding 27 others in the nation’s most recent mass shooting.

FBI agents interrupted a Blade interview with Ms. Johnson at her Dayton apartment Monday to talk to her about the relationship.

Ms. Johnson said she met Betts in their psychology class at Sinclair Community College. They parked near each other and would walk to class together, bonding over a shared dislike for their teacher and their shared openness about mental illness.

Ms. Johnson, who takes medication for depression and anxiety, said Betts told her he was bipolar and had Obsessive-Compulsive Disorder.

She asked him out; their first date was at Bar Louie at The Greene Town Center in Beavercreek.

Another time, he took her target shooting at Shoot Point Blank in Dayton. It was her first time shooting something other than a BB gun. She can’t remember the type of weapon they used, but did recall it was a rifle. Afterward, she texted her former fiancé about the experience.

She said they never went to the Oregon District. where Sunday’s mass shooting occurred.

She described him as “super outgoing,” willing to strike up a conversation with any stranger, and “kind of charming.”

Near the end of their relationship, he asked her about her sex life with her former fiancé — Ms. Johnson described herself as a polyamorist, meaning she has romantic relationships with multiple partners with the consent of all involved — and asked her if she ever thought about killing herself.

It’s a topic he had broached before, she said, adding he told her he twice held a gun in his mouth but couldn’t pull the trigger.

On another occasion, he asked her to accompany him to a friend’s house to deliver a letter, but when he pulled onto the street he noticed the friend’s parents were outside in the yard. He drove around and became upset that someone was still outside. He told Ms. Johnson he didn’t want them to see who the letter came from.

Later, Ms. Johnson said the letter was intended for another of Betts’ ex-girlfriends, who he said he dated two years earlier. He had tracked down her address using a photo of the house posted to the girl’s Facebook page and wanted her to know he had found her, Ms. Johnson said.

She can’t remember the exact wording, but said the letter was something to the effect of: “Welcome to the neighborhood. You can’t escape your past.”

It was signed: “Your neighbor.”

“I asked him why he would do that, and he said it was funny,” Ms. Johnson said. “I was scared and didn’t want to blow it up and him get scary with me about it.”

She would later reference that incident in a Facebook Messenger conversation with two of her friends to explain why she broke up with Betts. She asked them if she could stay with one of them because “now I’m scared that he might try to hurt me or stalk me.”

“Yikes! What’s he done to give you that impression?” one friend asked her.

“Nothing to me. But the kinds of things that he says not directed toward me [are] spooky,” Ms. Johnson said.

Both of those friends confirmed the conversations, adding that they’d never met Betts but it was widely known in their circle of friends that the two were dating.

“I know they only dated for a little bit,” friend Erin Walker said. “I do remember her talking about him and how she was scared of him when she broke up with him and that he wouldn’t really leave her alone.”

Still, everything upsetting that he’d done had been directed toward just a single person at a time. She never suspected him capable of a mass shooting, not even after he once called her while drunk, ranting about wanting “to hurt a bunch of people.”

“He was so drunk and I just figured he was mad at the world,” Ms. Johnson said. “I didn’t think he was at that point yet.”

Police have not discussed any possible motive for the shooting, but Ms. Johnson said that as far as she knew, he liked his sister, Megan. Ms. Johnson never met her, but said Connor never talked negatively about her. It was his parents he didn’t like, Ms. Johnson said.

When she visited the family’s home on Creekview Place in Bellbrook, she said the home was decorated in an outdated floral theme, but Betts’ room was painted and decorated black, a color he often wore as lead singer of a grindcore band, Menstrual Munchies.

“It was super messy, super cluttered. There were books spilled all over the floor,” Ms. Johnson said. “It was a dungeon.”