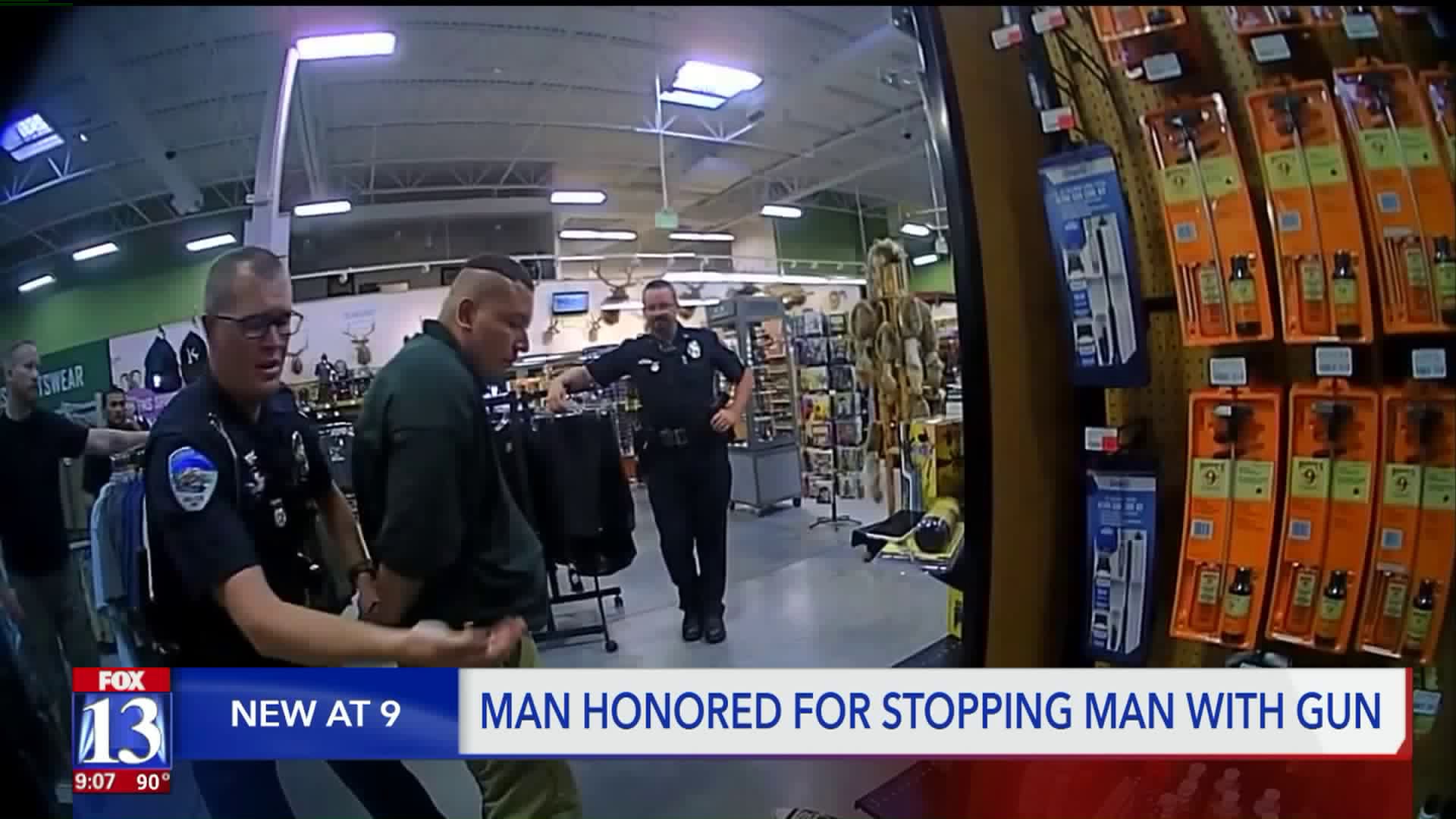 A customer at Sportsman`s Warehouse was honored by the Heber community after he stopped a man reportedly attempting to leave with a gun and ammunition. 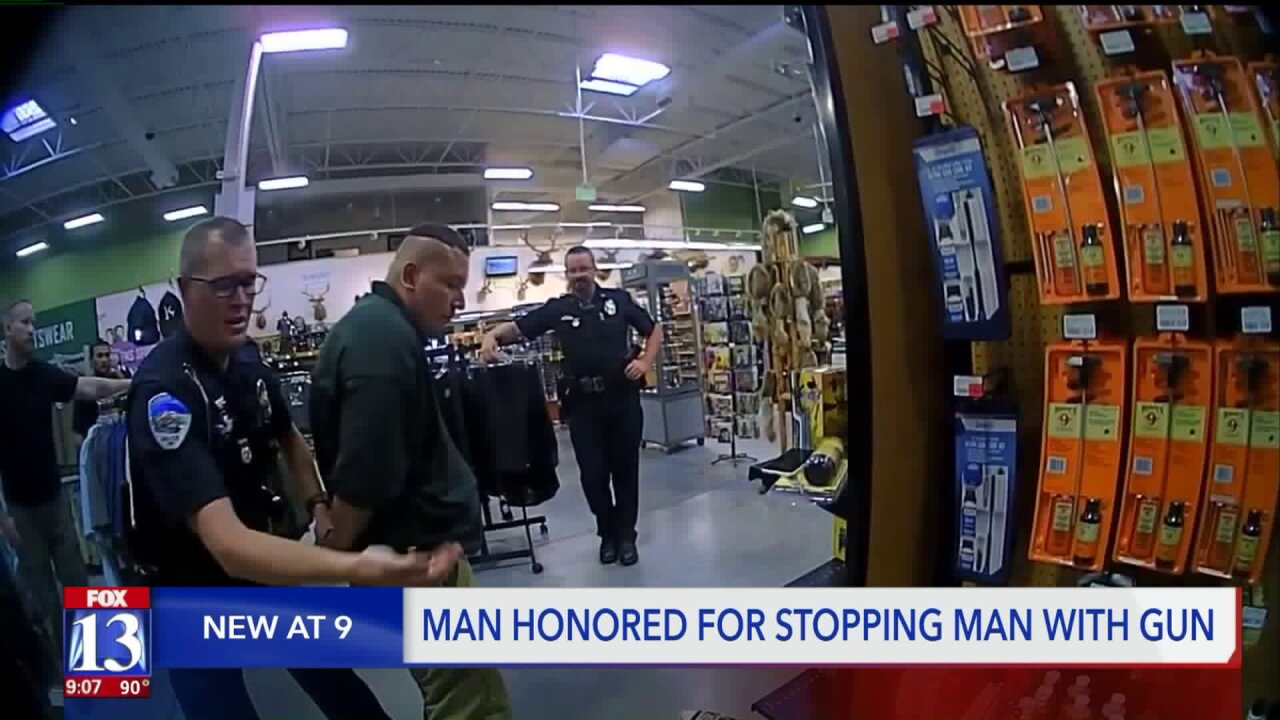 HEBER CITY, City — Three people were recognized by Heber City on Tuesday for their quick thinking inside a Sportsman’s Warehouse store that may have prevented a tragedy.

On July 12, a store clerk noticed a man take a gun from the counter. She then witnessed the man try to load the firearm.

“I heard the lady at the gun counter say, ‘Stop, sir, you can’t take that,’” described Dakota Anderson, a customer in the store who was shopping for camping supplies. “He started running down my aisle with a gun, and he had bullets in his pocket that he had stolen.”

Anderson and another customer immediately recognized something was wrong.

“Me and this other guy saw him, and we looked at each other and kind of knew to get him,” Anderson said. “It just seemed like the right thing to do.”

Anderson and the other man helped the employee detain the suspect until police arrived about a minute later.

“It’s the last thing I’d expect to happen, especially in this town,” Anderson said. “It was pretty scary because I wasn’t sure if he got one of the bullets in the gun and he was waving it around at us.”

Police arrested Jose Sosa. He’s charged with several crimes, including possession of a firearm by a restricted person. He’s being held at the Wasatch County jail without bail.

Heber City Police Chief Dave Booth believes the three citizens did exactly what they should have done in that threatening situation.

“This is the only way that it works,” Booth said. “They saw something and they took action. Immediate action is what needs to happen in a scenario like this.”

Because police can’t be there the very moment a threat arises, Booth credits the "Good Samaritans" with stopping what could have turned into a tragedy.

“In my opinion, we could have had an active shooter. We could have had a mass casualty situation very easily,” Booth said. “I am so proud of these citizens. So proud that they chose to engage.”

Anderson and the clerk were awarded the Heber City Citizenship Award and the police department’s “Busted Award" at Tuesday's city council meeting.

“They have been busted for doing good things,” Booth said at the city council meeting.

Fox 13 is not identifying the clerk and the other customer because they asked for privacy and did not want any recognition.

Anderson doesn’t believe he is a hero. He was in the right place at the right time and chose to act.

“I’d do it again, for anybody,” Anderson said.

Booth said investigators are looking into the possibility of charging Sosa with additional crimes — even federal.