Boy found inside running car; Police say mother was passed out on drugs 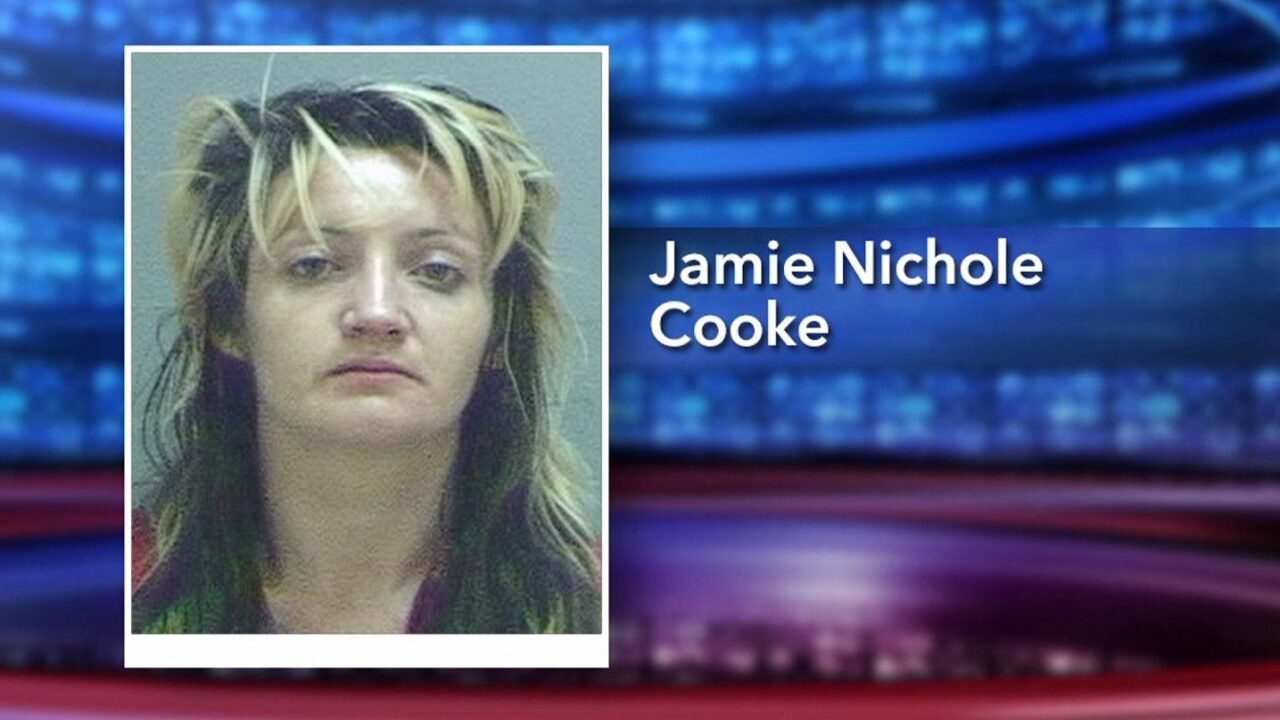 SOUTH SALT LAKE, Utah -- South Salt Lake Police responded to a report of a woman who was unconscious in a car at 16 W. 3300 South on Sunday, August 4.

An officer found the woman in the front seat with her head on the steering wheel, according to court documents.

He asked the woman to roll down her window, and she identified herself as Jami Cooke.

As the officer spoke to the woman, he noticed a young boy sitting in the back seat, and Cooke identified him as her son.

The officer noticed Cooke's speech was slow and slurred, and he saw a green straw with burnt ends on the driver's side floor.

He also noticed aluminum foil with what appeared to be burn marks in plain sight on the passenger's side floor.

Cooke was asked to exit the car she consented to field sobriety tests. The officer observed signs of impairment in her eyes and she failed a walking test.

A search of the car turned up another straw, a red one with burnt ends within easy reach of the boy in the back seat.

The officer also located two more pieces of foil with burn marks in the rear of the vehicle inside a pink and purple backpack.

Cooke was arrested and booked on suspicion of DUI at age 21 or older with a passenger under 18 years old.

She faces several other charges including endangerment of a child, use and possession of drug paraphernalia, and being a fugitive from justice.