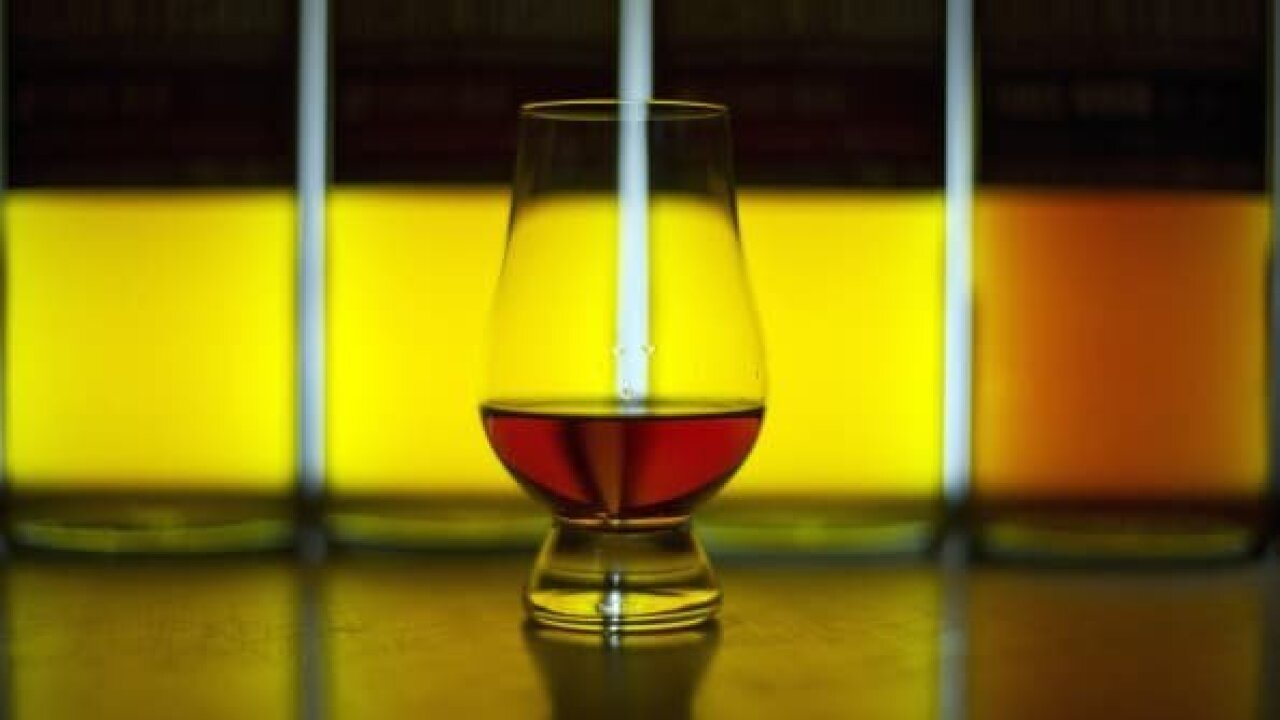 The “tongue” could tell the difference between different kinds of whisky.

An artificial “tongue” that can taste minute differences between varieties of Scotch whisky could be the key to identifying counterfeit alcohol, scientistssay.

Engineers from the universities of Glasgow and Strathclyde in Scotland created a device made of gold and aluminum and measured how it absorbed light when submerged in different kinds of whisky.

Analysis of the results allowed the scientists to identify the samples from Glenfiddich, Glen Marnoch and Laphroaig with more than 99% accuracy.

The study, published in the Royal Society of Chemistry’s journal Nanoscale, involved arranging sub-microscopic slices of the two metals in a checkerboard pattern of “tastebuds” around 500 times smaller than those on a human tongue. Scientists measured their plasmonic resonance, or the tiny difference in how much light they absorb, to identify the types of whisky.

The project could be extended to tasting other liquids, said the paper’s lead author, Alasdair Clark, from Glasgow University.

“While we’ve focused on whisky in this experiment,” he said, “the artificial tongue could easily be used to ‘taste’ virtually any liquid, which means it could be used for a wide variety of applications.

“In addition to its obvious potential for use in identifying counterfeit alcohols, it could be used in food safety testing, quality control, security — really any area where a portable, reusable method of tasting would be useful.”

But one whisky expert cast doubt on the artificial tongue’s effectiveness. Charles MacLean, a Master of the Quaich, the Scotch whisky industry’s highest accolade, said: “Flavor assessment in the whisky industry is done by smell, taste and texture. Of all the senses employed, smell is the most important. Whisky blenders and quality assessors rely entirely on smell.

“Our sense of taste is crude in comparison. While we have … around 9,000 taste buds, we are equipped with between 50 and 100 million olfactory receptors and can detect aromas in minuscule amounts, commonly in parts per million, sometimes parts per billion and with some chemicals parts per trillion. Will this ‘tongue’ be as sensitive as this, I wonder?”