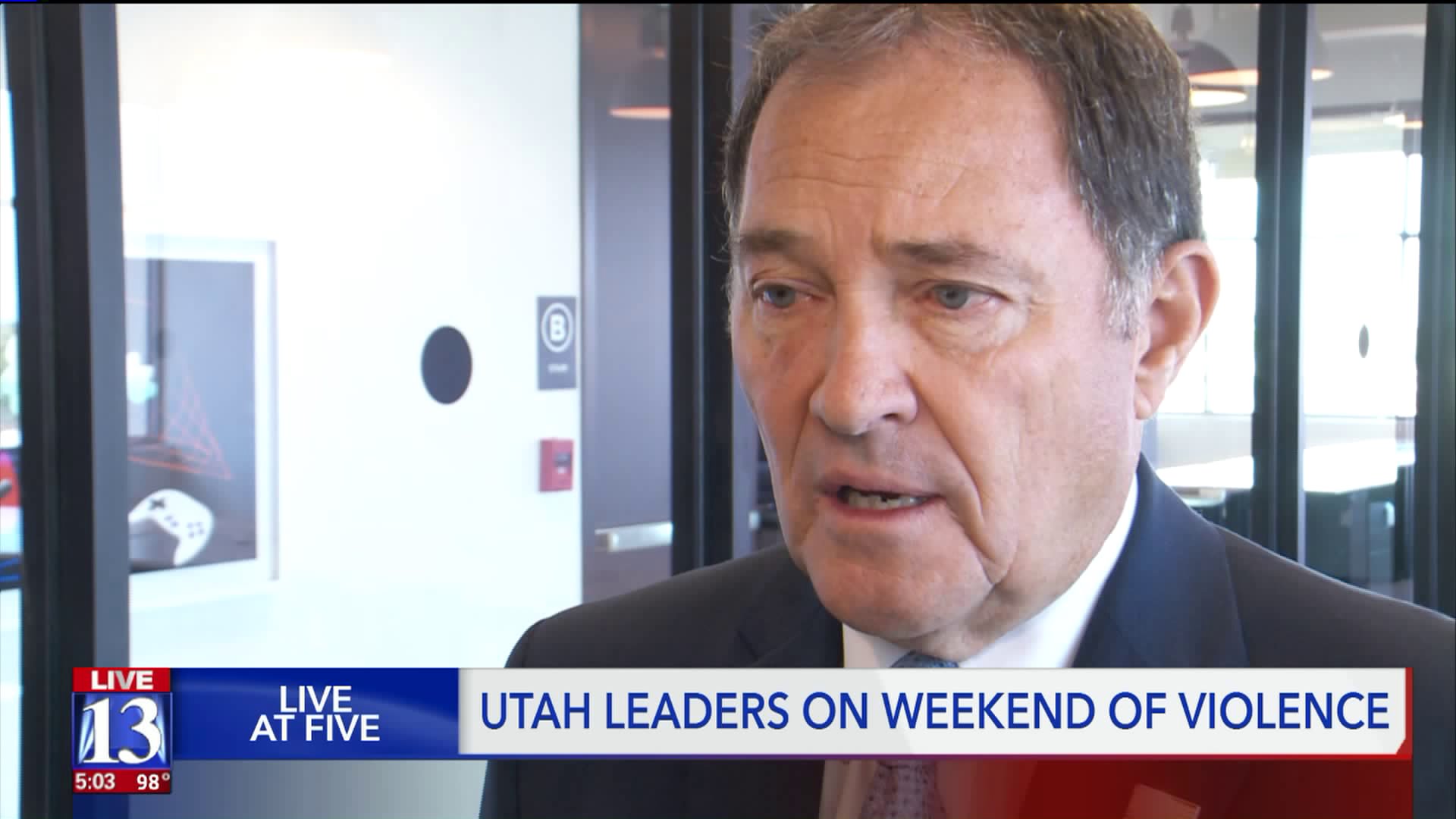 Herbert, McAdams, Romney and others share different statements after two mass shootings took dozens of lives over the weekend. 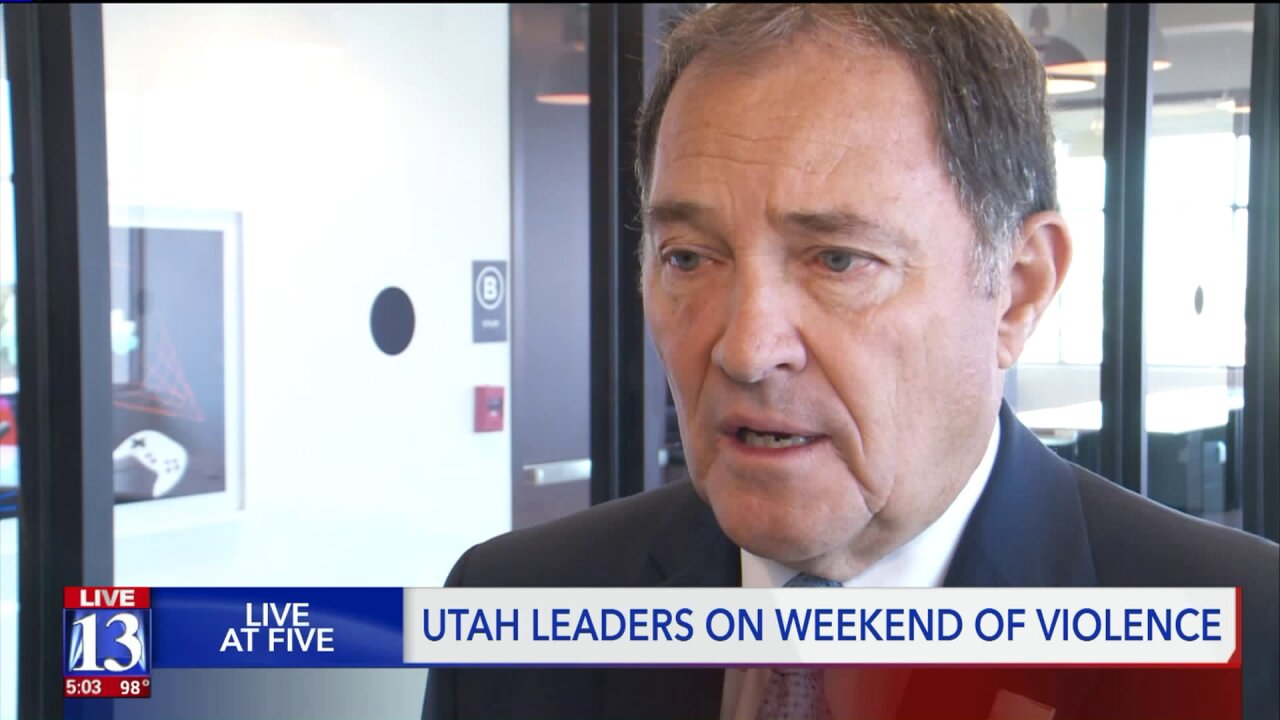 The exception to the rule was Republican Rep. John Curtis. Curtis also focused on the danger of “extremism” and “white supremacy,” sharing those themes with Republican Sen. Mitt Romney and Democratic Rep. Ben McAdams.

Republican Reps. Rob Bishop and Chris Stewart focused on a culture of violence and the need for mental health interventions, respectively.

Stewart and Gov. Gary Herbert also provided on-camera statements that you can see in the above report.

Here are the statements released by each politician:

“There are no easy answers to gun violence, but there are many areas of common ground. We should all feel emboldened to condemn extremism within our own borders, to call out hate, and to take on the insidious influence of white supremacy with the same fervor we attack all other forms of terrorism.

"In recent years Congress has taken meaningful steps to strengthen the national background check system and give our local communities — particularly in Utah — the resources they need to address violence in our education system. More progress is clearly needed, but this consensus has been an important start. I’ve held school safety summits in Utah, cosponsored red flag legislation to keep guns away from people we all agree should not have them. I continue to stand ready to work with my colleagues on both sides of the aisle to find real, good-faith solutions to these devastating problems.”

“The nation has witnessed senseless loss of life from recent mass shootings in El Paso, Dayton, and Gilroy. These tragedies demand thoughtful, considered action from our local, state and federal leaders - and from ordinary citizens. Too often, once the initial headlines of a tragedy fade, the national conversation moves on without giving these issues the full attention they merit.

“Many of my Senate colleagues have proposals that touch on different aspects of this debate. These issues involve constitutional rights and deeply held beliefs – but that is not an excuse to shy away from a serious, fact-based, and thorough national discussion which will potentially lead to remedial legislation. This will require courage and a willingness from all sides to find areas of consensus, instead of retreating to partisan corners. I am determined to be a constructive voice in that endeavor.

“In addition to policy solutions, we must vocally reassert our commitment to the principle of racial equality. Vile acts and words of white supremacy have once again torn at the heart of the American spirit. This cannot be met with silence from leaders of any kind. In our homes, churches, businesses and public places, we must testify that every person, regardless of race, religion, gender, national origin, and orientation is equal in the eyes of our Creator.”

“Now is a time for prayer. I pray and mourn for these victims and their families; I praise the first responders who fought evil with bravery; and I condemn those that would exploit this tragedy for political gain.

“Laws are useless without a profound change of heart. We must show forth a greater respect for one another; we must strengthen our families; and we must hold a higher veneration for the sanctity of human life.”

“God bless the people of Dayton, Ohio and El Paso, Texas. My family and I mourn with you.”

“My heart aches for the victims and their loved ones. Two American communities were attacked within 24 hours. We must unite as a country and work together right now to find solutions to combat domestic terrorism. We can start by denouncing white nationalism.”

"Our hearts are heavy as we reflect on the hateful and cruel violence that rocked our nation this weekend. As Utahns, we grieve with all those who have lost loved ones in these senseless and vile shootings, and we pray for the recovery of the wounded.”