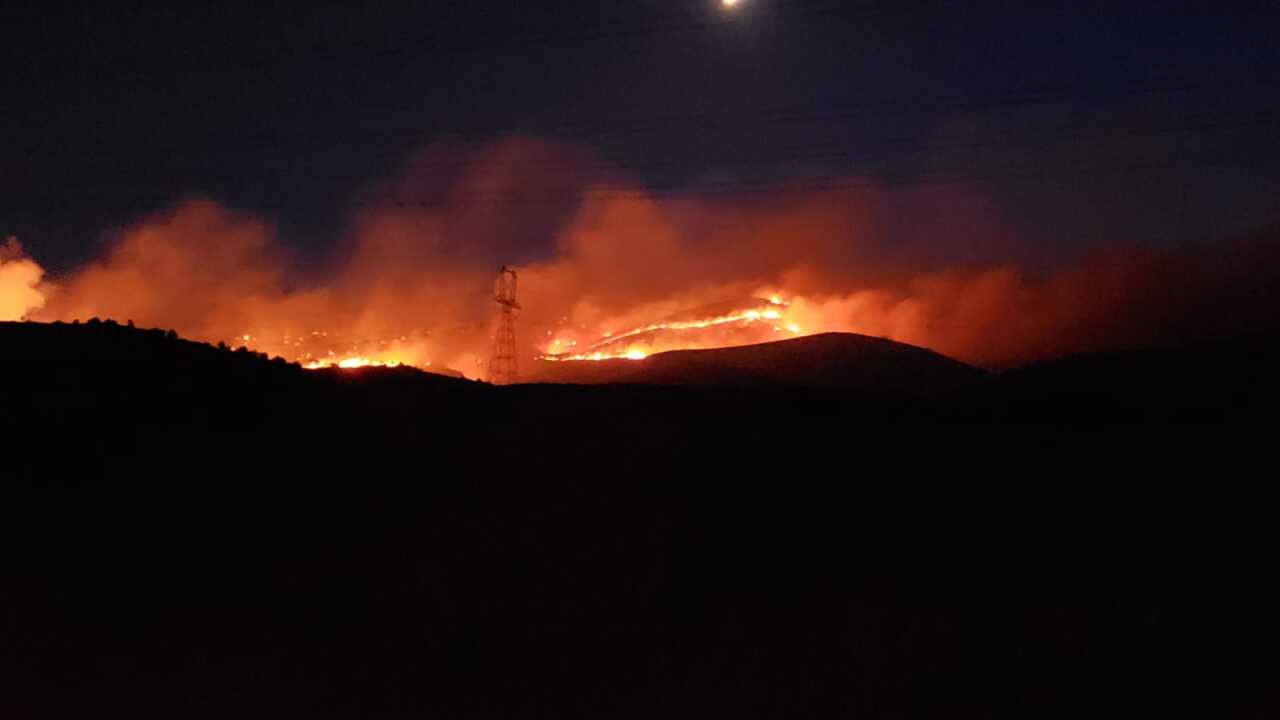 BOX ELDER COUNTY, Utah — Lightning strikes ignited approximately 30 wildfires in Box Elder County between noon on Sunday and noon on Monday, according to an organization that tracks and reports on wildfires in Utah.

“The night of August 4, a large thunderstorm moved through northwest Utah. Hundreds of lightning strikes resulted in an estimated 30 wildfire ignitions. Fire departments from throughout Box Elder County responded and put full effort into locating and suppressing the fires,” an update from Utah Fire Info said. “By the morning of August 5, more than 12 of the fires were fully contained and kept to an acre or less.”

About 70 firefighters are working to locate and contain the remaining fires Monday.

Two of the lightning-caused wildfires in Box Elder County have already burned thousands of acres.

The Russell Fire has burned 5,000 acres and is 20 percent contained. According to Utah Fire Info, it is threatening a natural gas pipeline.

The Curlew Flat Fire has burned 4,500 acres and is 80 percent contained.