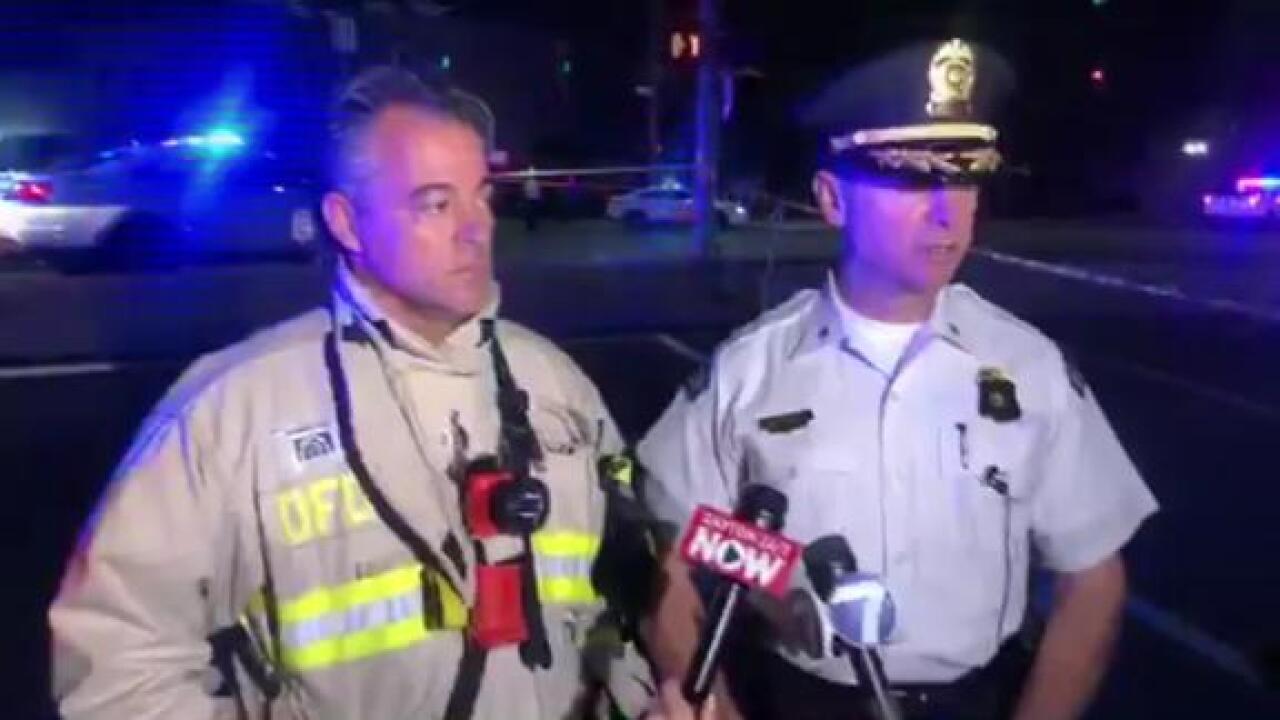 DAYTON, Ohio — Nine people are dead after a shooting in Dayton, Ohio, according to police. Dayton Police say the suspect also is dead. At least 26 other people were injured in the incident that took place within 13 hours of a shooting that left 20 dead in El Paso, Texas.

The suspect, who was shot and killed by responding officers, has not yet been identified. Carper said the shooter fired multiple rounds from a “long gun.” The shooting happened as the suspect was making his way toward a bar called Ned Peppers, Montgomery County Emergency Services spokeswoman Deb Decker said.

No officers were injured in the confrontation, Carper said.

Mayor Nan Whaley said the shooter used a “.223 high-capacity” gun and had additional magazines with him. The .223 caliber is used in rifles like the AR-15 assault rifle used in previous mass shootings.

“In less than one minute, Dayton first responders neutralized the shooter,” Whaley said.

Though many people were killed or injured, Carper said that the incident was over quickly, because officers were already patrolling in the vicinity when the gunshots started.

“As bad as this is, it could have been much, much worse, as I think everyone will become aware of here as more information unfolds,” Carper said.

Hospital respond to influx of wounded

Miami Valley Hospital communications department Terrea Little said the hospital received 16 victims from the shooting. She would not characterize the injuries.

Elizabeth Long, spokeswoman at Kettering Health Network, which operates several Dayton area hospitals including Kettering Medical Center and Grandview Medical Center told CNN that 13 people were taken to three of the network’s hospitals, many with gunshot wounds to the “lower extremities.”

At least one person was shot in the abdomen and at least two people were taken into surgery. She did not give an age range for the injured.

Most of the injuries were gunshot wounds, but there were others, like cuts received while people were fleeing the scene.

“At this point, we can say we’ve had one critical, 4 admitted, none have gone to surgery,” Marriott said.

Most people arrived via ambulance or police car, but several others arrived on foot or by personal vehicle later, Marriott said.

Gov. Mike DeWine said in a statement he was “absolutely heartbroken” and ordering flags flown at half-staff.

DeWine said he had been briefed on the Dayton shooting by the Ohio Department of Public Safety. He said the Ohio State Highway Patrol has offered assistance to local law enforcement as they investigate what happened.

Whaley tweeted, “I’m heartbroken. Thank you to our first responders for all that you’ve done. We will share updates as we have more information.”

Dayton Police previously said via Twitter that were “investigating an active shooter incident” in the city’s Oregon district and asked residents to avoid the area. The Oregon district is a historic neighborhood with many bars and restaurants.

Dayton police are asking that anyone who witnessed the incident or has any information that would help in the investigation call 937-225-6217.