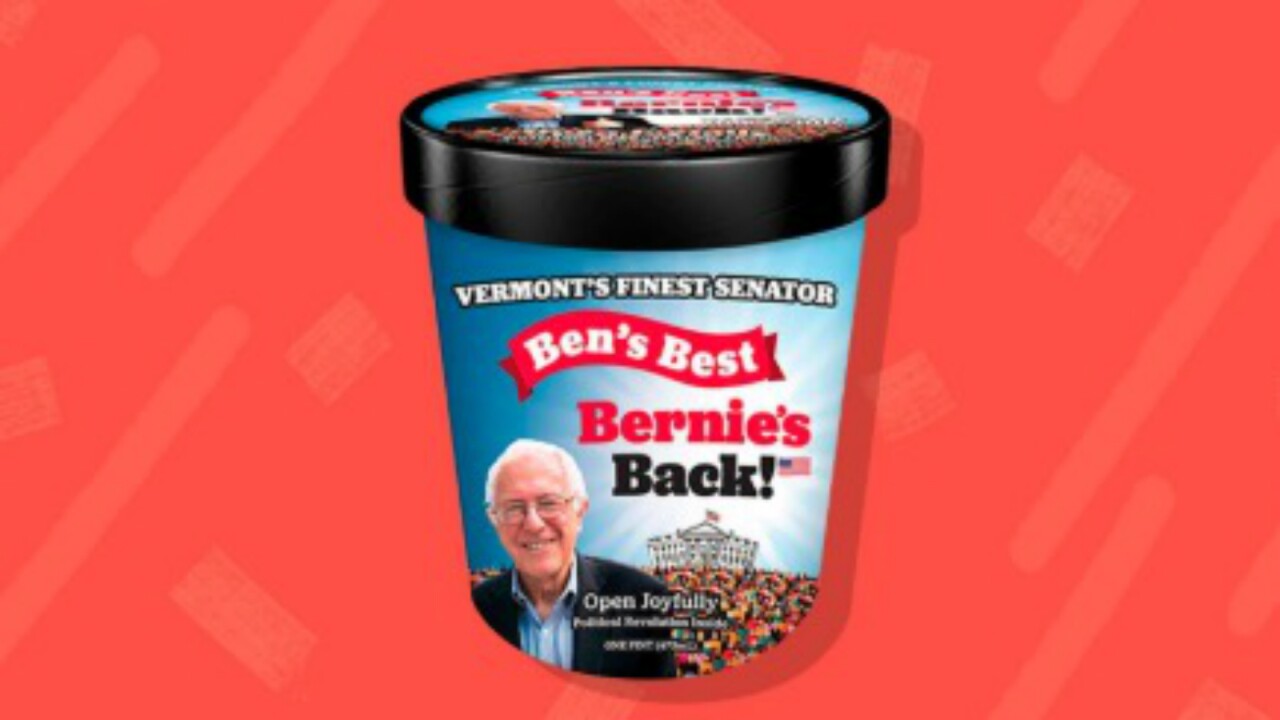 The founders of Ben & Jerry’s claim to have the answer, and they’ve put it inside a new flavor called “Bernie’s Back.” The hot cinnamon ice cream includes “one very large chocolate disc on top and a (very stiff) butter toffee backbone going down the middle,” according to Sanders’ campaign website.

Ben Cohen and Jerry Greenfield, longtime supporters of US Sen. Bernie Sanders of Vermont, created the flavor in honor of the presidential contender’s 2020 campaign.

“The chocolate disc represents all the wealth that has risen to the top 1%,” the website said. “The backbone represents Bernie’s steadfast determination to un-rig our economy. And the hot cinnamon is our political revolution holding politicians’ feet to the fire to make America work for working people of all races and genders.”

The ice cream is not affiliated with the popular ice cream company. Ben & Jerry’s was sold to the massive conglomerate Unilever in 2000 and the company has since distanced itself from the political activism of its co-founders. Instead, the flavor falls under the banner of “Ben’s Best” and is called “Bernie’s Back!”

Cohen, who is a Sanders campaign co-chair, personally designed the hot cinnamon ice cream, according to the website. Cohen often jokes that if Sanders is elected president, he will be appointed as “minister of ice cream.”

Unfortunately, you probably won’t be able to buy a pint in stores as they are making a limited amount. Sanders’ campaign is offering 40 people a chance to win a pint signed by Cohen and Greenfield from now until August 9.

This isn’t the first time Cohen whipped up a batch ice cream for Sanders. He made 40 pints of a flavor called “Bernie’s Yearning” in 2016.