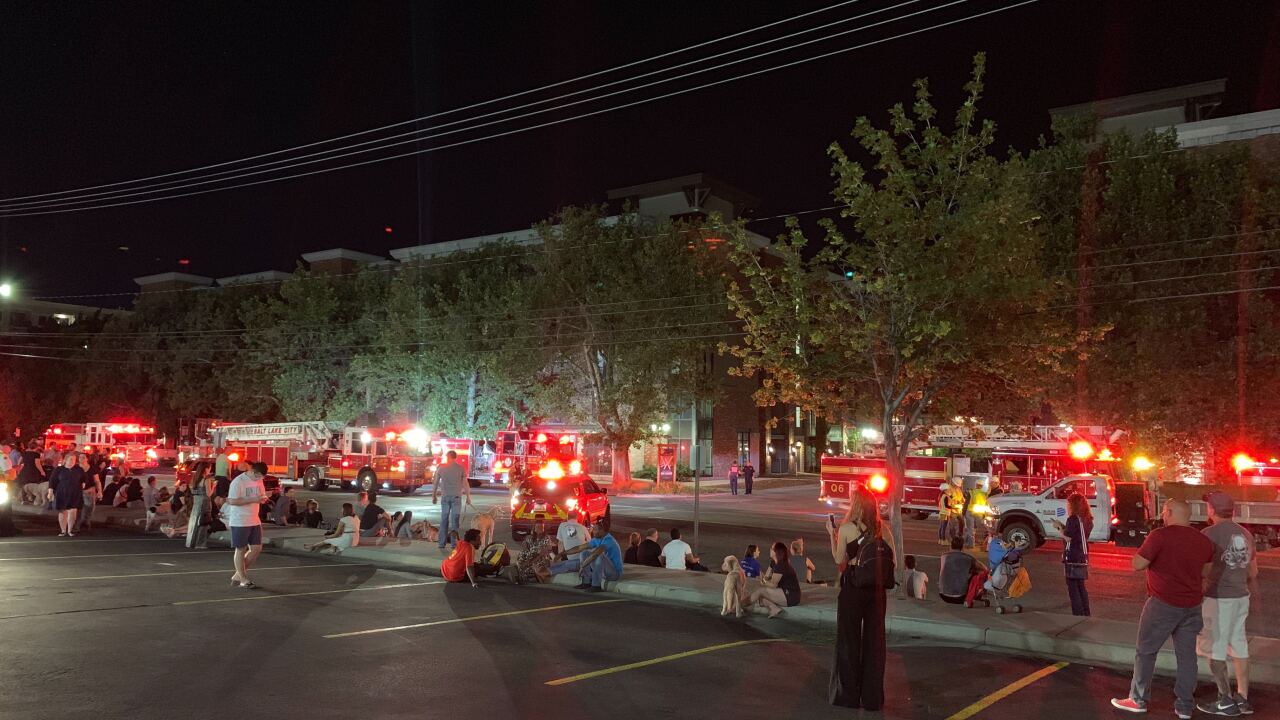 Dominion Energy reported the leak on the fifth floor of the 4th West Apartments around 10 p.m. Friday and SLCFD confirmed gas levels were well over the threshold allowed for occupation, leading to the mass evacuation.

Residents were able to return to their apartments three hours later, around 1:00 a.m., but their gas will remain off until the leak can be pinpointed. SLCFD did confirm gas was detected between the walls on upper levels of the complex.

“Anytime we get above one percent of what we consider the Lower Explosive Unit or LEL, our concern is enough that we will generate an evacuation,” said SLCFD Capt. Adam Archuleta. “Tonight we’ve reached levels as high as nine and ten percent. So very high levels compared to what we would normally encounter on any, dare I say, typical or mundane gas leak.”

Residents were moved across the street to West High School. At this point, there are no reports of people being treated for the leak.

“It was a little chaotic, everyone was trying to go back in to get their dogs,” said resident Tyler Dukes. “I mean you have people upstairs, in the hot tub, in the pool, trying to dry off and run down and grab animals. So it was a little hectic.”

Dominion Energy said it will go unit-to-unit Saturday morning, looking for the source of the leak.

“It’s an enormous amount of work,” Archuleta said. “We’ve generated a lot of resources both from Salt Lake City Fire Department as well as Dominion Energy and other entities.”