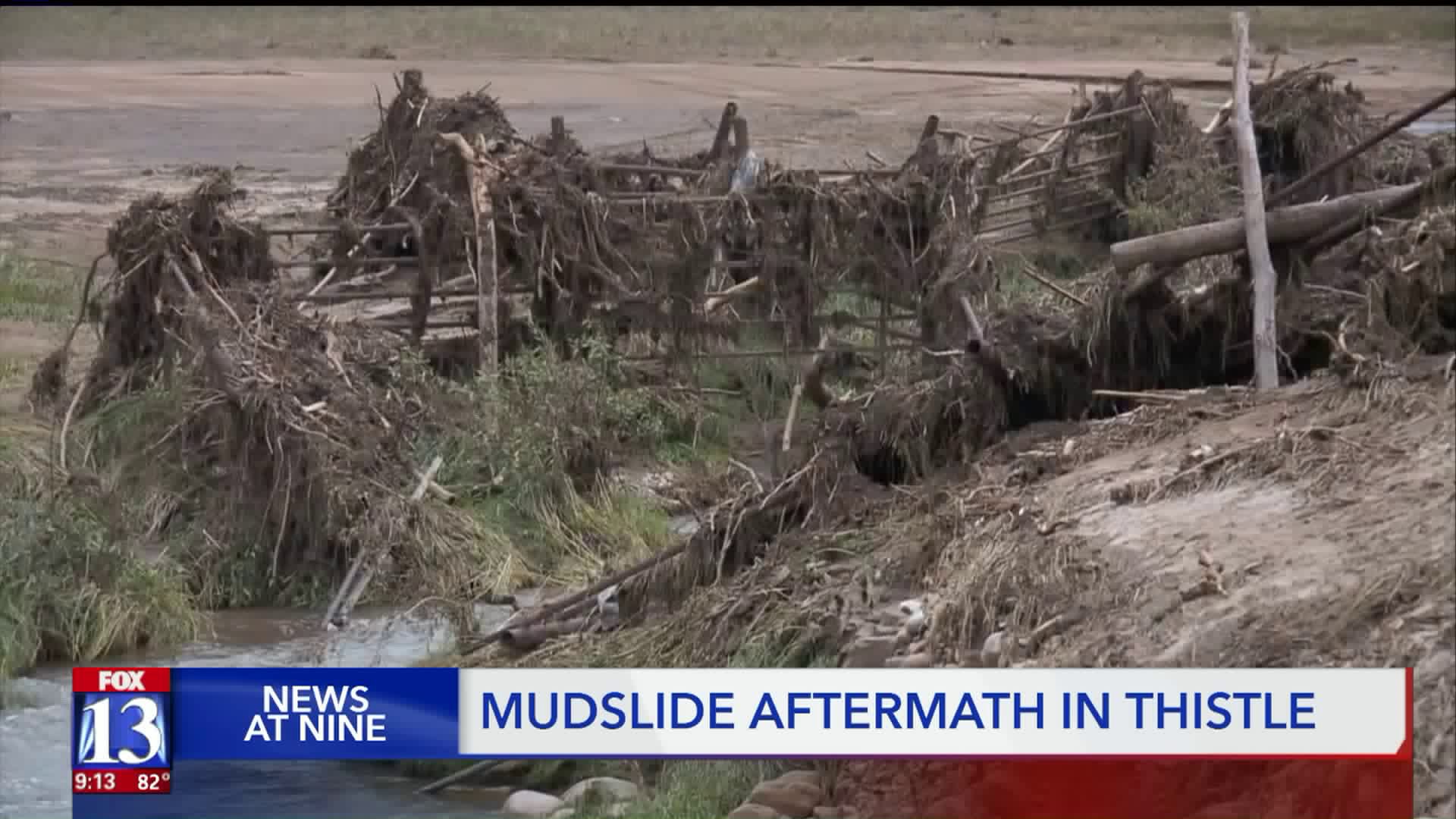 Farmers in the area of Thistle and Birdseye have been set back by last weekend`s flooding. 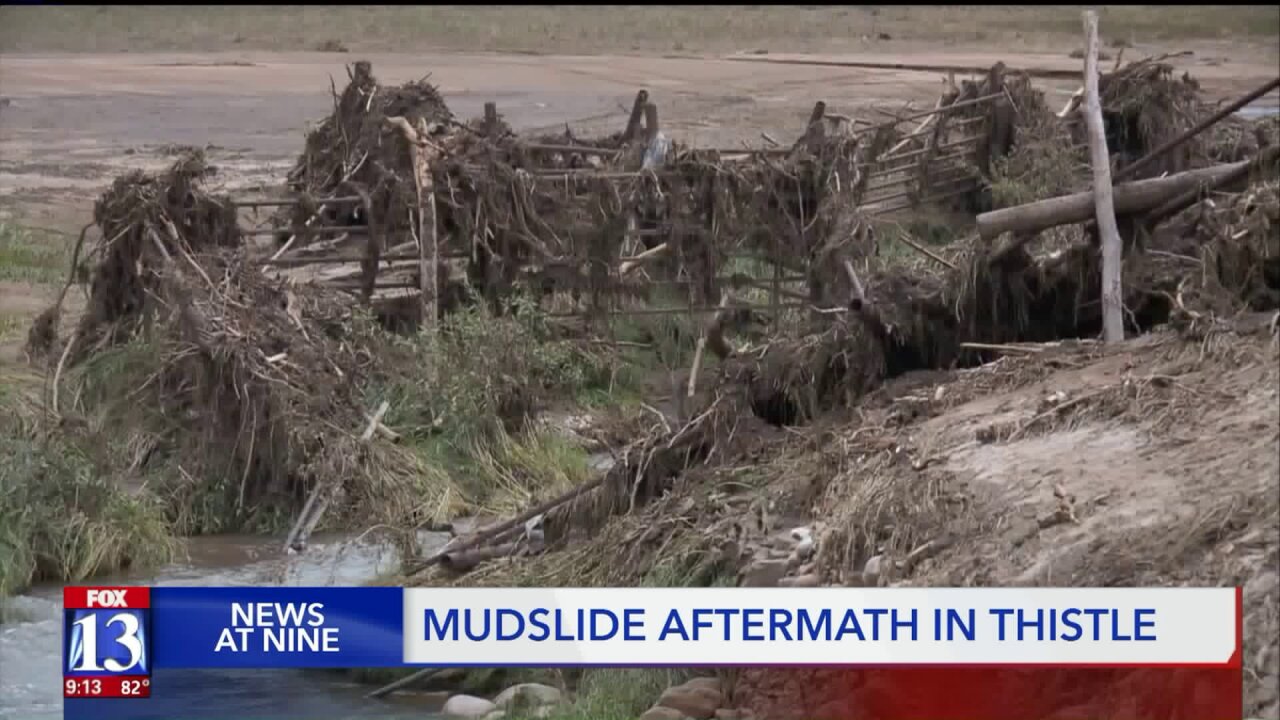 BIRDSEYE, Utah — A group of farmers affected by the mudslide last weekend in Birdseye and Thistle met Saturday evening to discuss a plan what needs to be cleaned up and how they hope to accomplish it.

One irrigation ditch diversion area will cost $30,000 to 40,000 to fix, according to one resident, and that’s just one part of one property.

The mudslide was moving more than 2,000 cubic feet per second, dragging down trees that had been chopped down a year earlier following the Pole Creek Fire that blazed through the area.

Randy Butler said the damage created a river where a road once was on his property. They had put a new fence in just days before the mudslide covered the area.

“This is just unbelievable,” he said.

In total, Butler said about 300 to 400 acres were covered in debris from the slide. A few cows, gates and bridges were swept downstream toward Butler’s neighbors.

“I didn’t think it was gonna be that much, but then about a half an hour later, we heard a roar," said Dave Oberhansley, who was born in raised in Birdseye. "We come down here and it was unbelievable."

Oberhansley said the mudslide has ruined his ability to irrigate hundreds or maybe thousands of acres after both his upper and lower ditches were wiped out in the slide.

“It’s probably going to be a couple of years to get it back completely right," Oberhansely said. “If you can’t irrigate in Birdseye, you've got not much.”

The farmers plan to ask the state for help funding the cleanup.