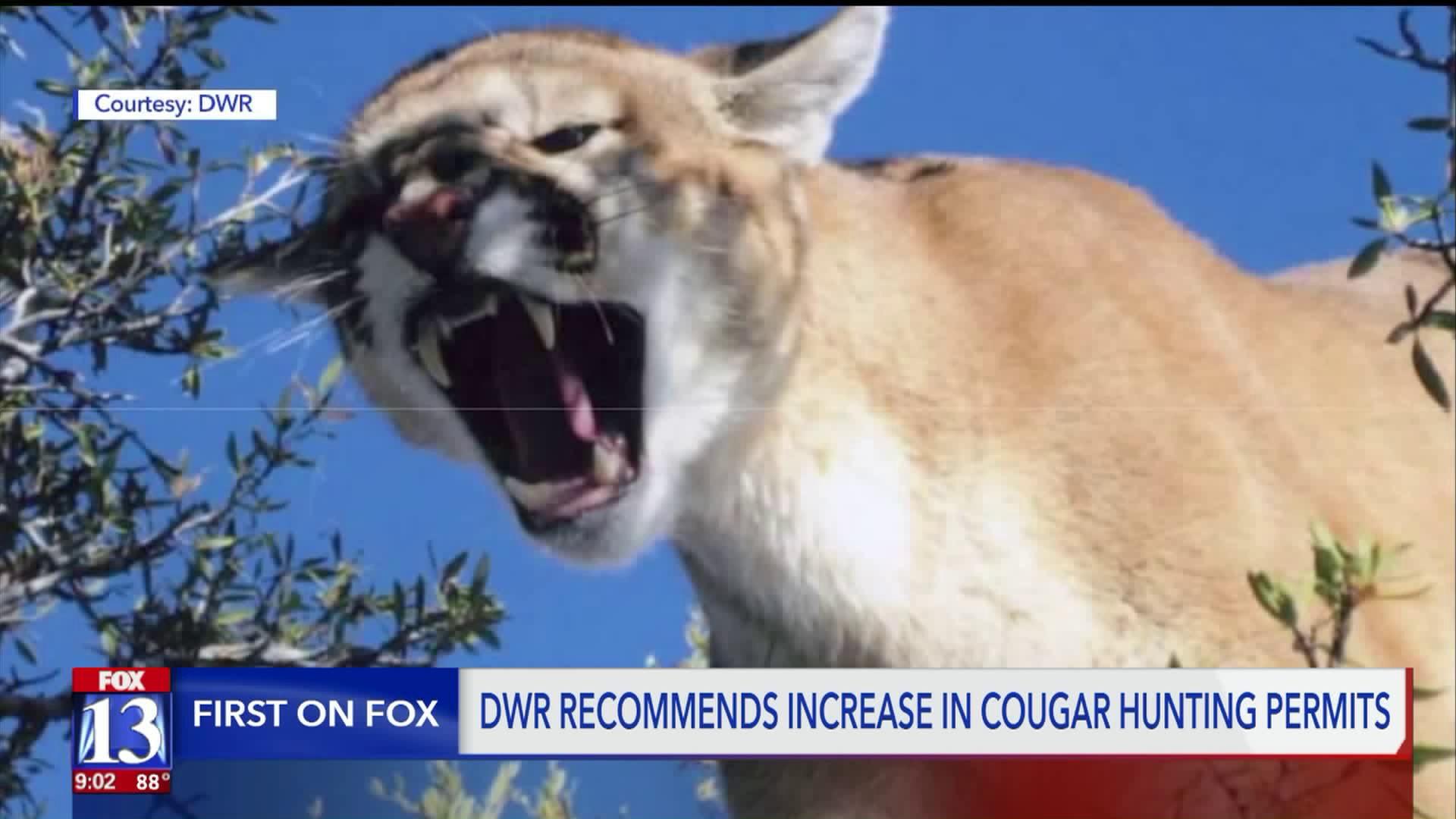 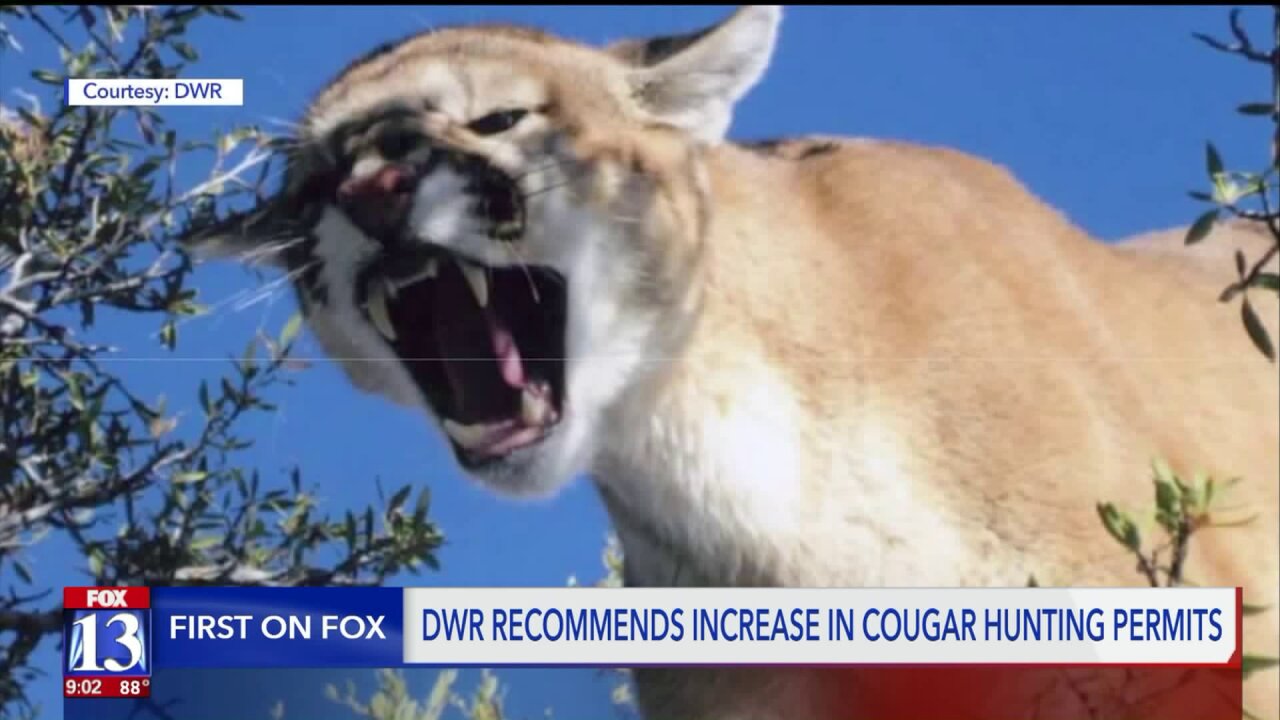 SALT LAKE CITY — The Utah Division of Wildlife Resources is proposing an increase to the number of cougar hunting permits it issues.

“There’s a lot that goes into getting these numbers,” said DWR spokeswoman Faith Heaton Jolley.

But the proposed increase is angering animal rights activists who claim it negatively impacts both animals and humans.

Hunt argues the hunting of adult cougars leaves many kittens without the resources to survive.

The DWR maintains it walks a fine line when determining the number of hunting permits to issue.

Biologists estimate 2700 adult cougars live in Utah. The DWR uses hunting as a method of keeping that population under control.

“We also take into account other wildlife species and their health, as well as the effects that it may have on human safety,” Jolley said.

Advocates for those who hunt and chase animals for sport are on board with the DWR’s recommendation.

“We believe that management is key into everything in the ecosystem,” said Tyler Farr, president of the Utah Houndsmen Association. “To keep lions in check and to have the numbers where the state wants them is healthy for the ranchers. It’s healthy for our deer and elk herds.”

The Utah Wildlife Board will make a final decision on the number of cougar permits issued at its August 22nd meeting. The public is invited to attend to comment on the issue.