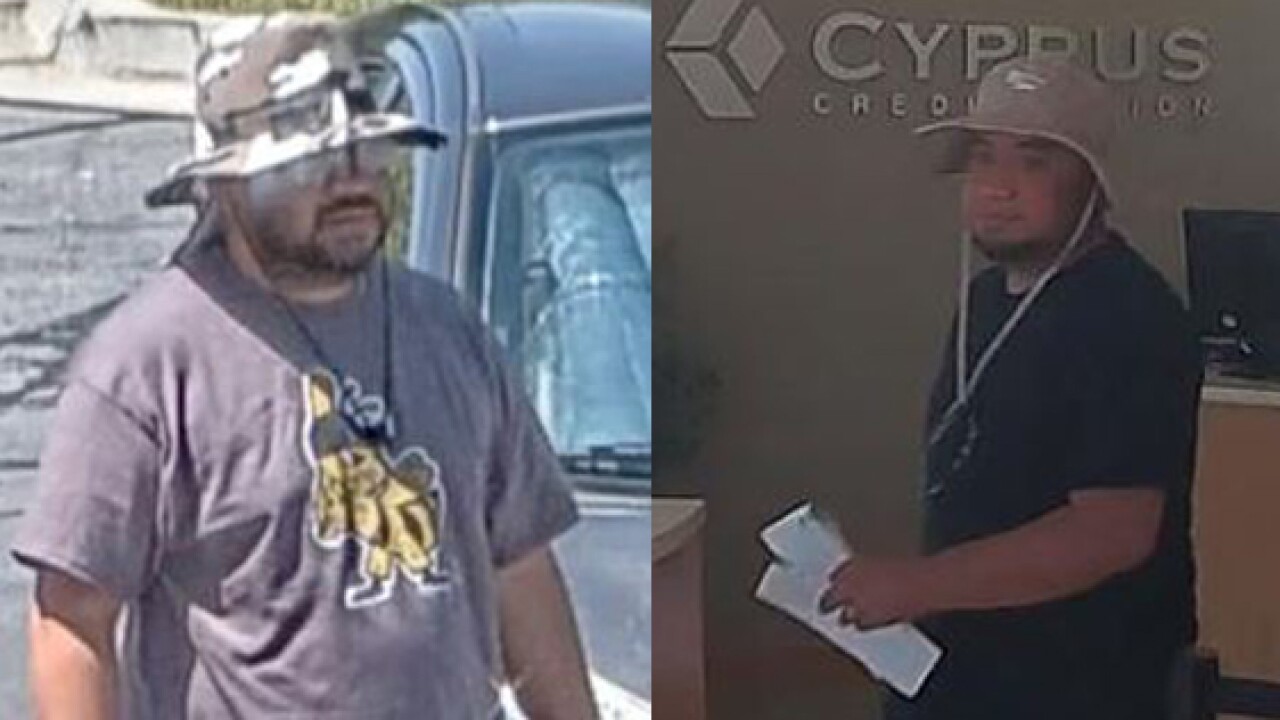 SALT LAKE COUNTY — Unified Police are asking for the public’s help in identifying a suspect in two bank robberies about a month apart.

The man robbed a Mountain America Credit Union in Millcreek July 1, police said. He was seen on camera wearing two distinct pieces of clothing: a t-shirt with the Salt Lake Bees logo and a camouflage boonie hat.

The Unified Police Department asked for the public’s help after the July 1 robbery but were unable to locate or identify the man — he showed up again on Friday when he robbed a Cyprus Credit Union in West Valley City.

This time, he showed his face much more clearly — and he was wearing another boonie hat.

UPD is now calling him the “Boonie Hat Bandit.”

The Unified and West Valley City Police Departments are working with the FBI to identify the man. 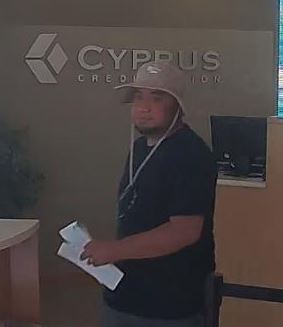