Cyclist says Unified officer hit him because of a misunderstanding 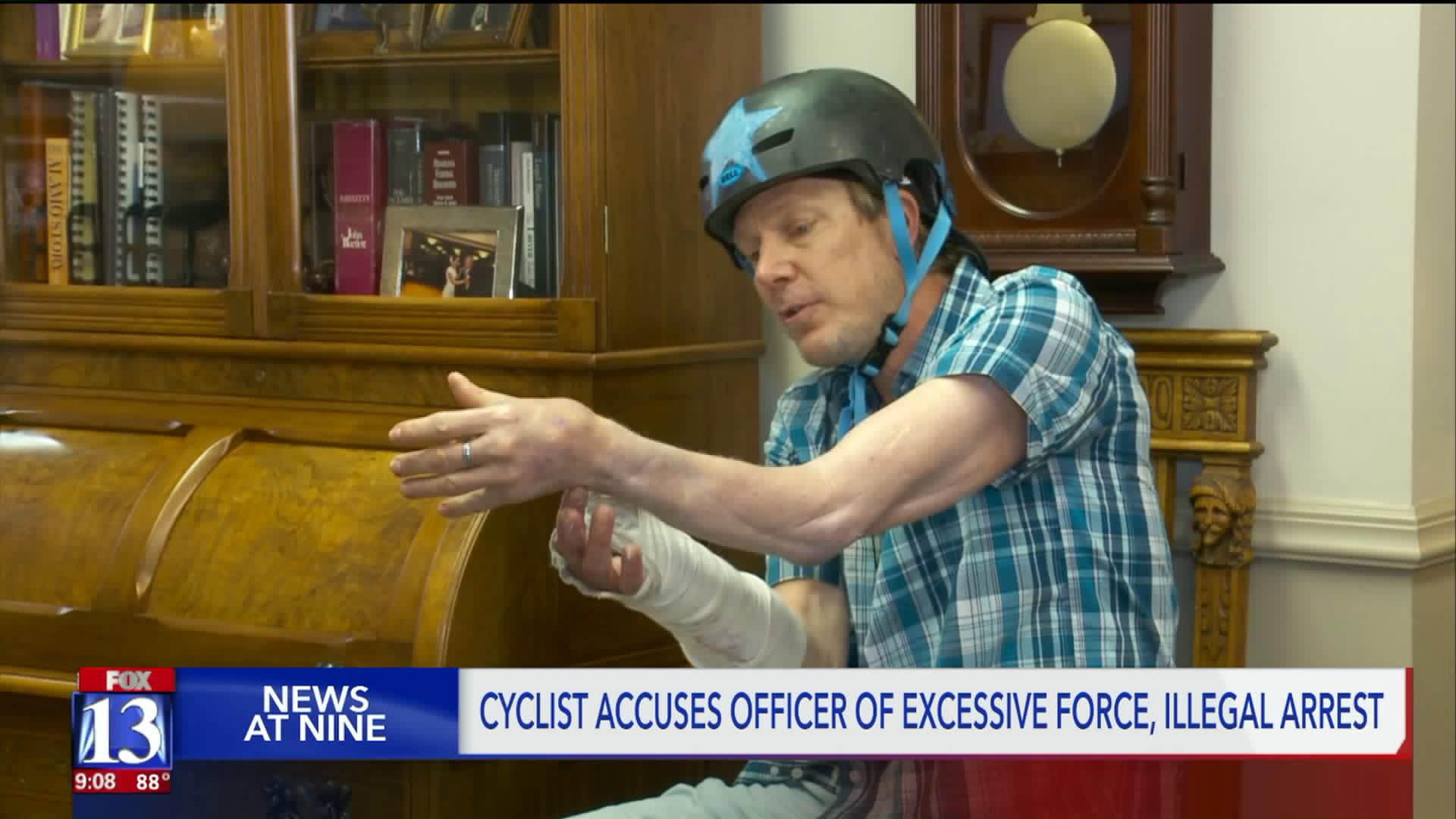 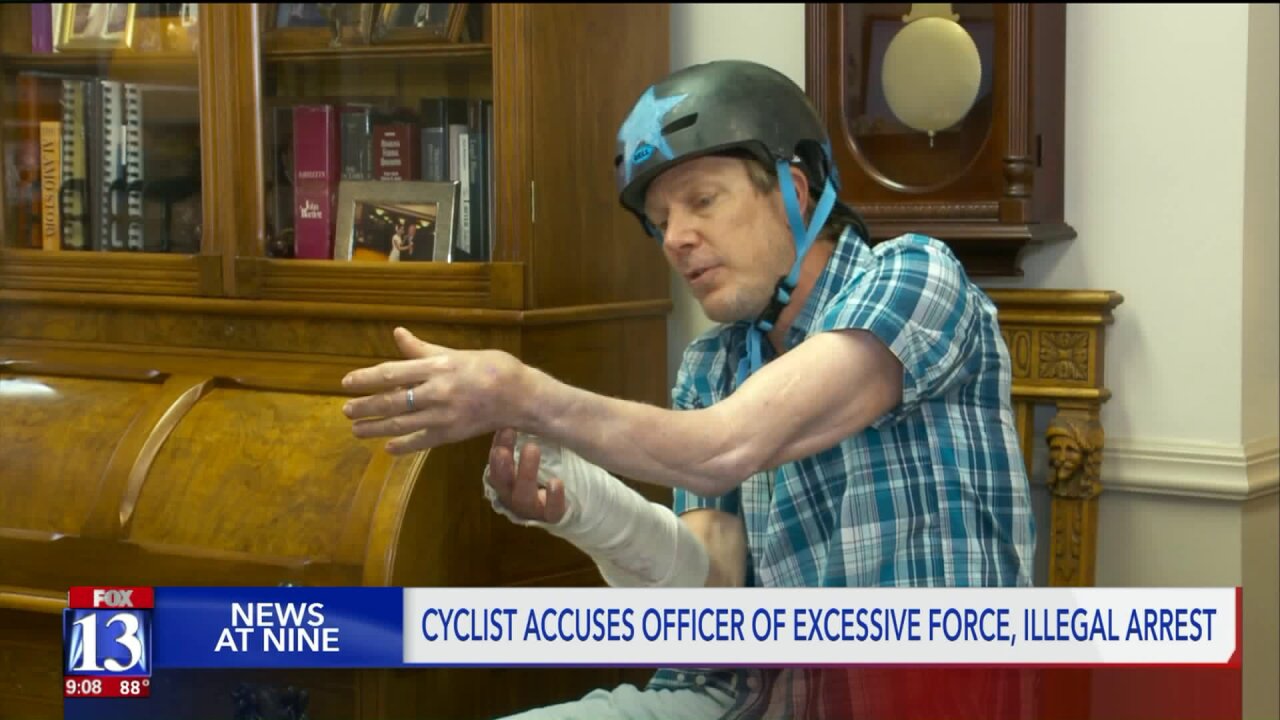 MILLCREEK, Utah — A bicyclist is filing a federal lawsuit against an officer with the Unified Police Department who he says intentionally crashed into him in Millcreek.

Chad Lockwood and his attorney Robert Sykes argue that Officer Christopher Schroeder should be criminally prosecuted because he could have killed Lockwood in the crash.

The incident took place on Sunday, near 2300 East and Evergreen Avenue. Lockwood said he waved at the officer and said "thank you."

“We think that the officer thought that he was getting flipped off, because (Lockwood’s) finger doesn’t go down,” Sykes said. “Then when Chad said, ‘Thank you,’ (the officer) thought he said something else.”

“He hit me off my bike and jumped on top of me,” Lockwood said. “He said exactly this: 'You didn’t stop, and I didn’t hit you. I pulled in front of you.'”

Salt Lake County Sheriff Rosie Rivera said she is standing by her officer until she sees proof of any wrongdoing.

“We feel like, you know what? If you can’t show us what he did wrong, how can I hold him accountable?” Rivera said. “We have a 14-year veteran officer who is being accused… It’s one individual’s word against an officer.”

Rivera said she spoke to Schroeder and that he told her there was never a crash. His report states Lockwood fell off the bicycle when he ran into a curb.

Although some officers with the Unified Police Department have body cameras or dash cameras, there was no video of this incident. Rivera said there will be an internal affairs review of the incident, but Schroeder will not be on administrative leave unless she sees more evidence.