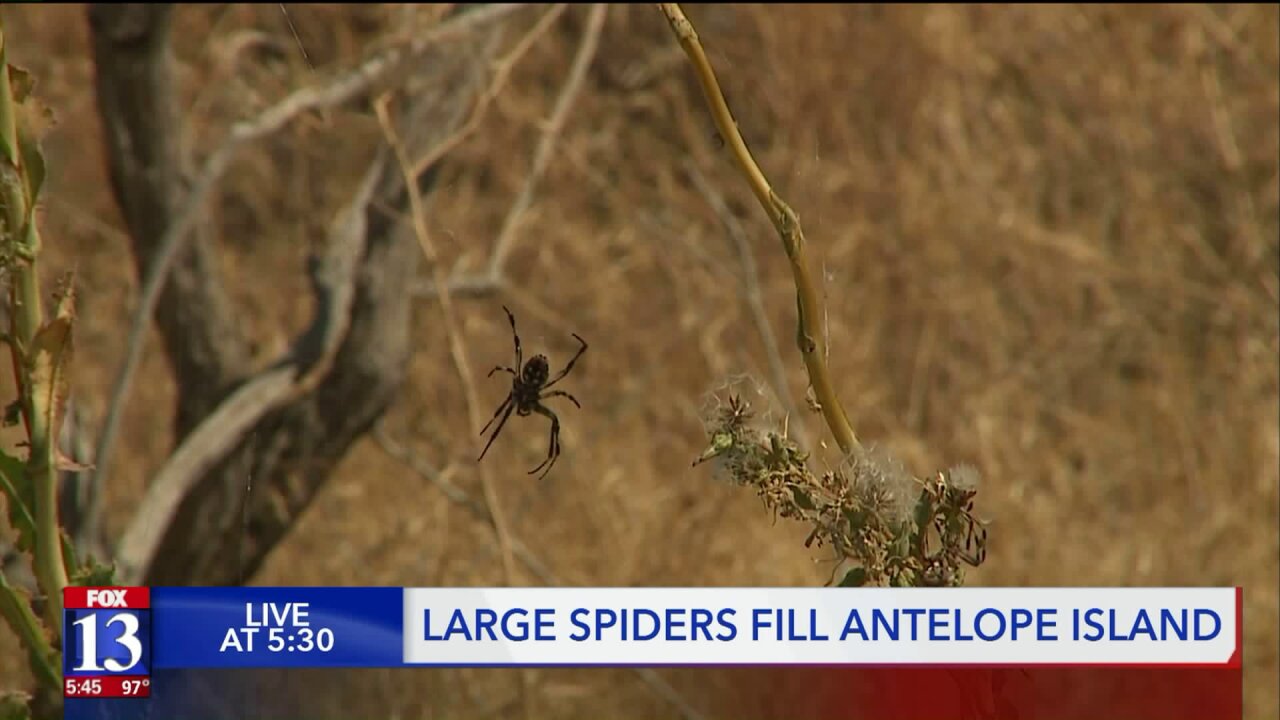 They’re attracting tourists from across the globe but, their numbers appear to be lower in 2019.

"I have not seen so many spiders in just one area, just kind of consuming it,” said Sharon Harlow, visiting from Texas with her husband Rick.

The spiders are Western Spotted Orb Weavers. They hang out by the beach to feast on brine flies and other insects.

“They’re the size of a quarter. It’s amazing how all the spiders get together,” Rick Harlow said.

“You either love them or you hate them — or somewhere in between sometimes,” Antelope Island State Park Assistant Director Wendy Wilson said.

After hatching in the spring, the spiders are about ready to lay their eggs. But they will all die by September, and with so much to do in the meantime, they try to keep to themselves.

"They don’t want to get near you. These guys aren’t after you at all,” Wilson said.

Wilson has noticed lower numbers of spiders this year, which might be from the cold, late spring. But that isn’t stopping visitors, like the Harlows, from taking a closer look.

“I just don’t want them crawling on me,” Sharon Harlow said while photographing the spiders.

Antelope Island State Park is holding the annual “SpiderFest” on Saturday, and 1,000 people are expected to attend. It begins at 10 a.m. at the marina and is aimed to celebrate the important arachnid.