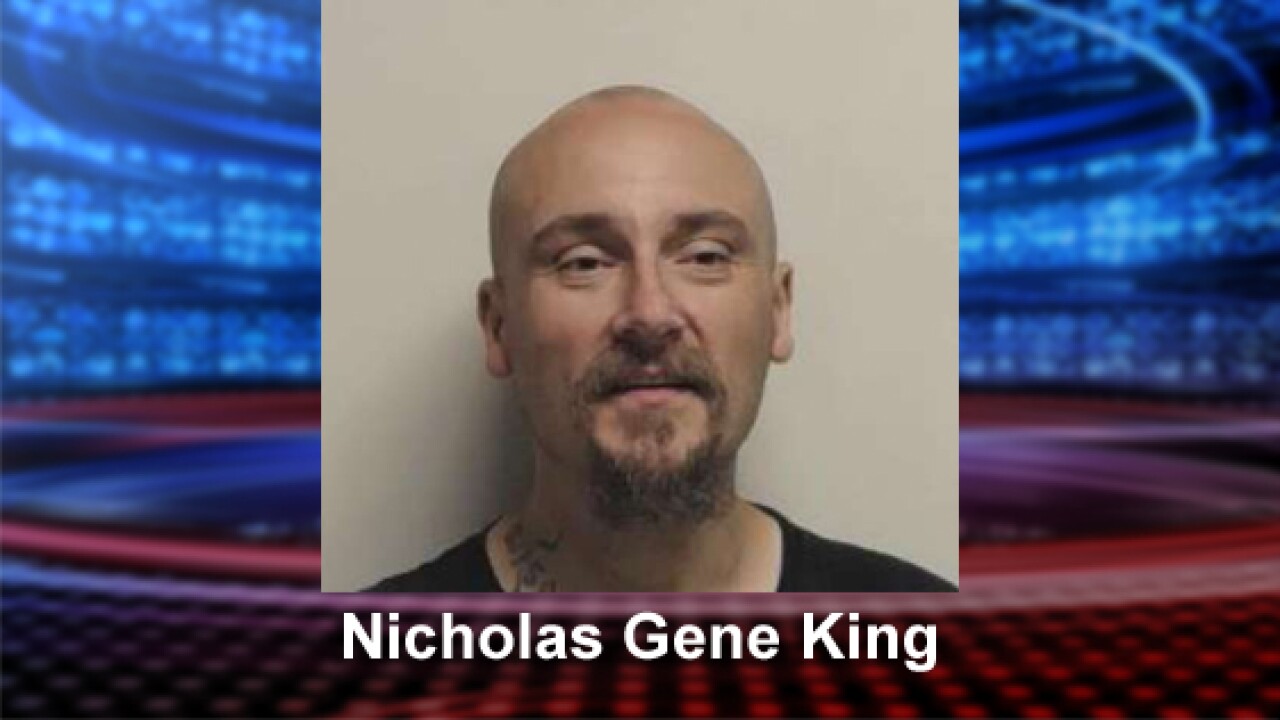 PAYSON, Utah — A man is in jail and facing several felony charges after a police chase in Utah County that resulted in serious injuries for his passenger earlier this week.

Nicholas Gene King, 42, was booked into the Utah County Jail Sunday on 18 charges.

According to the Utah County Sheriff’s Office, King was driving in Payson Canyon that day when police had to shut down part of the road due to a motorcycle crash.

“A Deputy was holding traffic and talking to a man who was driving and a woman who was his passenger when the man suddenly drove off.  The Deputy had to jump out of the way to avoid being hit by the car as the driver fled.  A Payson Police Sergeant was in the path of this driver and had to run to avoid being hit by this driver,” a news release from the Utah County Sheriff’s Office said.

Deputies and officers didn’t pursue the vehicle but notified other law enforcement officers in the canyon. A deputy attempted to stop the car near the mouth of Payson Canyon, but the car continued into Payson, the news release said.

The deputy saw the passenger side door open several times as the car slowed down, and the woman jumped out of the car as it was traveling about 40 mph.

“She sustained serious injuries and later told Deputies she asked the driver to let her out.  She said he would slow slightly so she would open the door to prepare to get out.  She said the driver would then accelerate away and laugh at her,” the news release said.

Deputies said King then abandoned the car and fled on foot. They found him hiding under a flatbed trailer a short time later.

Police said King has an extensive criminal record, including a July 2017 incident in which he fled from police in Payson and refused to let two passengers out of the car.

In each case, the Board of Pardons had issued a warrant for King’s arrest.

“After being convicted in [the July 2017] case King spent a year and a half in the Utah State Prison,” the news release said.