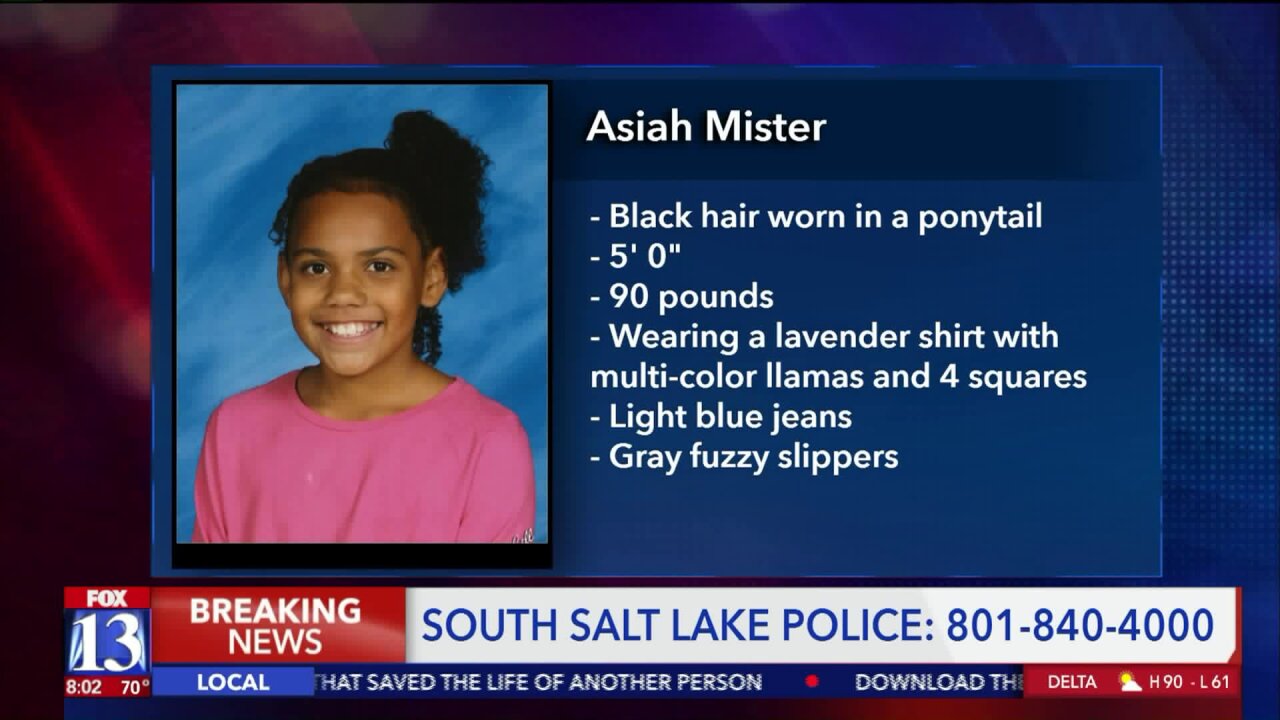 A press release from South Salt Lake Police states they are searching for Asiah Mister.

Asiah is described as 12-year-old black girl with black hair, which she wears in a ponytail. She stands 5-feet tall and weighs 90 pounds. She was last seen wearing a lavender shirt with multi-color llamas and 4 squares, blue jeans, and gray fuzzy slippers.

Asiah's grandmother reported her missing around 12:45 a.m. Thursday, the release states. She told police the girl left their home at River Run Condos, 3800 South and 965 West, around 4 p.m. to meet an "unknown female friend" at a Maverik convenience store.

Asiah's brother contacted the girl on social media around 10 p.m., and police said at that time she indicated she was on her way home but did not return.

Around 2:20 a.m. investigators were able to locate the girl's cell phone in the area of 4600 South and 2930 West, but the phone was turned off and the signal was lost before they could physically locate the device.

Police say she is considered missing and endangered.