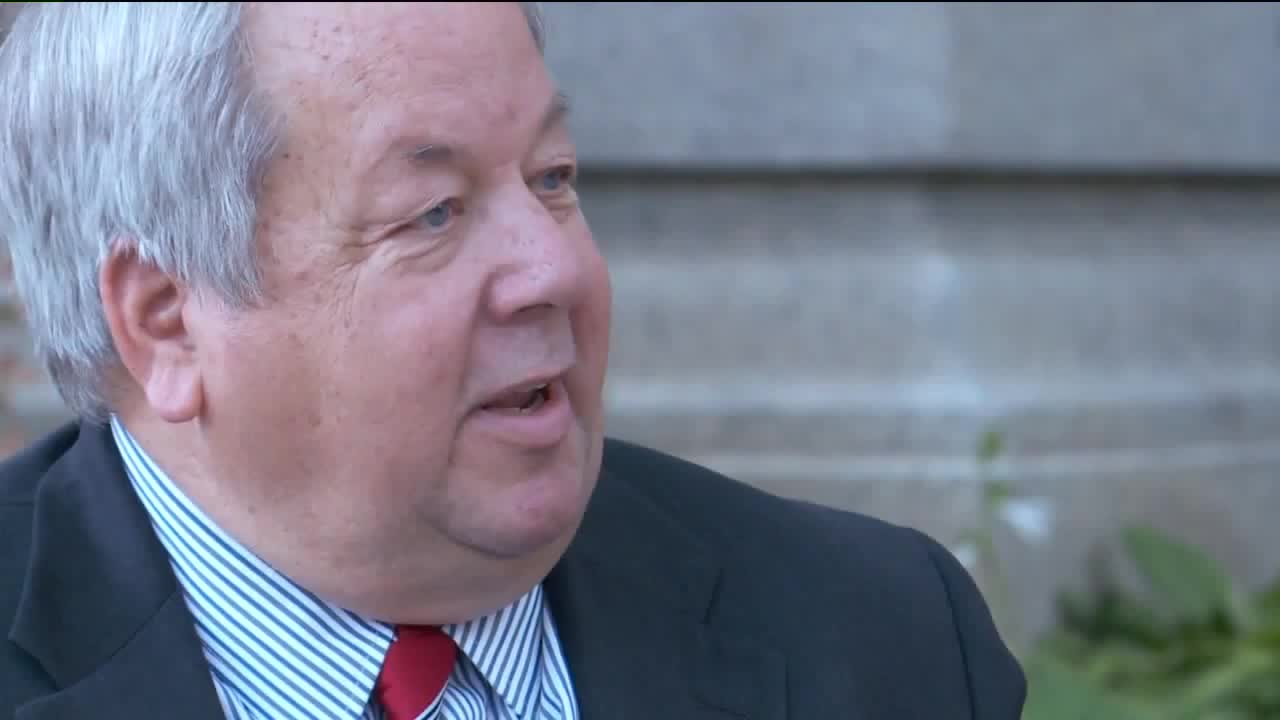 Orem mayor Richard Brunst is under investigation for misusing his retirement account, including the making of unauthorized withdrawals from it, according to the Orem City Council. 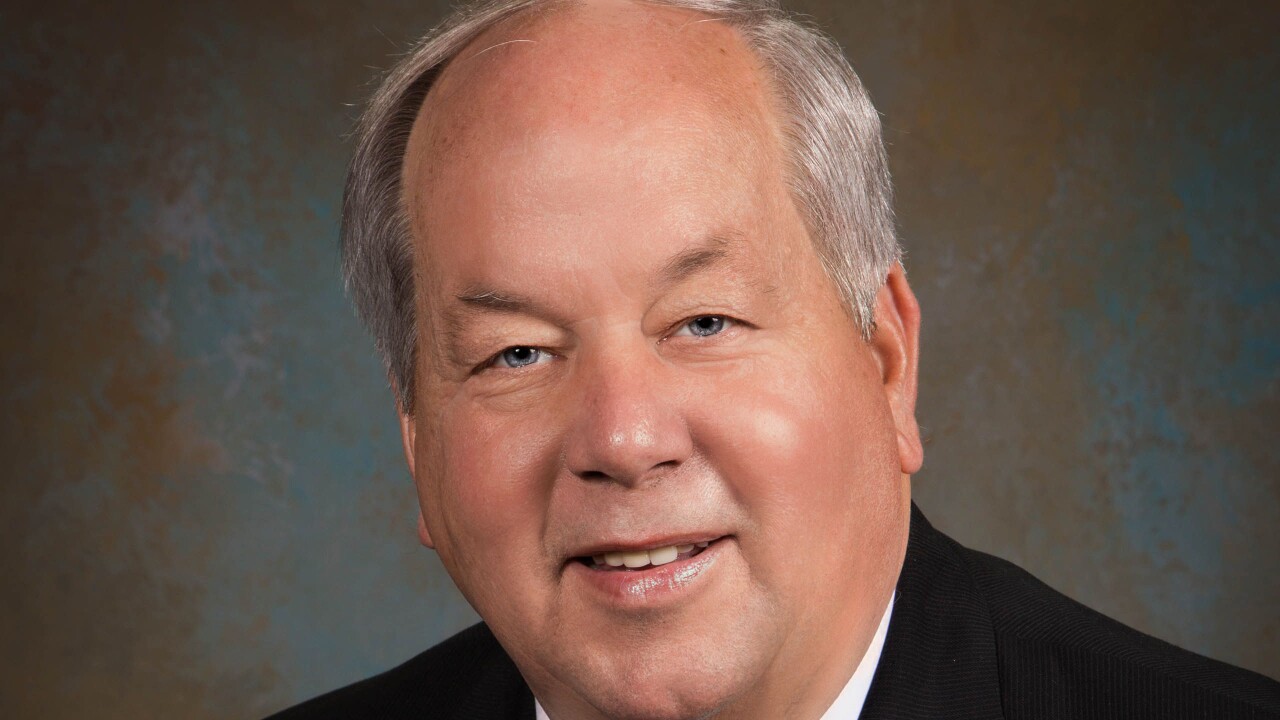 OREM, Utah — Orem mayor Richard Brunst is under investigation for misusing his retirement account, including making unauthorized withdrawals from it, according to the Orem City Council.

Brunst also altered dates on forms associated with his own signature and other city employees, submitted the same signed forms for multiple reimbursement requests and submitted requests for reimbursement more frequently than permissible by the retirement plan, according to a statement the city council released Thursday.

"These irregularities were reported to the City Council. The City Council has reviewed the transactions and the attendant facts and is in the process of determining the appropriate course of action," the statement said.

Brunst said he was unaware that Orem City has a rule for taking out retirement distributions, set at two distributions per year.

"I wish I was perfect but I’m not. I believe I need to be responsible for my actions and if I can correct it or make amends for it, I’d like to do that," Brunst said.

Additionally, Brunst said he also crossed out the dates on forms for when they were signed and changed the date to reflect the day it was sent.

"It's wrong for me to write over the date next to someone's signature," he said.

In a statement, Brunst apologized to the city council and acknowledged the "mistakes on how I had handled the requests for distributions from my own account of my own personal money."

Orem City Council said it has taken the information to law enforcement.

"In the regular course of business, the City discovered irregularities in forms used by Mayor Brunst to make unauthorized withdrawals from his city retirement account. The irregularities include the alteration of dates associated with his own signature and the signatures of city employees, the submission of the same signed forms for multiple reimbursement requests, and the submission of requests for reimbursement more frequently than the retirement plan permits. These irregularities were reported to the City Council. The City Council has reviewed the transactions and the attendant facts and is in the process of determining the appropriate course of action."

"Several months ago Orem City's Human Resources Department brought to the attention of City Management
several irregularities in regards to 401K Pension withdrawal forms for myself. These included changing dates on
four forms, resubmitting the same form numerous times, and lastly exceeding the city limit on how many withdrawals
from a personal pension account can be accessed per year.

"When this was brought to my attention, I recognized and admitted that I had made mistakes on how I had handled the requests for
distributions from my own account of my own personal money.

"The city of Orem has a limit of two distributions from your 401K account per year for in service personnel of the city.
The IRS and numerous other retirement plans have no such limit and you can access and withdraw money from your
account as many times as you wish. Until this came to light I had not been made aware of this limit either by the city
or the pension administrator, ICMA-RC and was not aware of this restriction.

"In filling out four withdrawal forms over a three year period, I changed the dates of myself and an HR supervisor on the
form. This is a mistake of convenience on my part. I had no intention to do wrong. But in changing the date on the form
for myself for resubmission to the plan administrator I also changed the date below mine which was for an HR employee.
This is wrong and should not have been done. For this mistake on my part I am truly sorry and apologize to the citizens
of Orem. I have apologized to the city council, the city manager, and the two HR employees involved.

"I did this action not as the Mayor of the city but rather as a private individual accessing his own account for his own
money. But regardless, it is wrong to change the date on another person's signature. I also resubmitted copies of
original forms for later dates with nothing changed. Please note that the plan administrator sent a confirming acceptance
of all of these forms with the exception of three of them. Likewise no information came back from the plan administrator
on my exceeding the amount of withdrawals allowed by the Orem plan.

"As mentioned the IRS, URS, and other benefit administrators do not set a limit on how many times you can withdraw
funds from your own 401K retirement account after you reach the age of 59 1/2. There are no restrictions requiring
supervisor signatures. And in each case if a mistake is made you can initiate sending in an amended form correcting
the mistakes.

"In my private manufacturing business I had occasion and was required to send in monthly, quarterly, and yearly forms
verifying meeting weighing regulations for shipments on rail cars, meeting air emission standards, and in meeting environmental standards.
These forms were the same each time. So for many years I would copy these forms, change the date, and send them in to the
various government agencies. This was acceptable to them. I believe that I looked at the withdrawal request forms in the same
manner and thus the reasons behind why I sent in the forms the way I did. But while it is ok for me to change a date for myself on
the forms it is not ok for me to change the date on the signature of another person on the same form.

"I take full responsibility for my action as a private citizen in this matter. I have offered to pay for the private legal counsel investigating
this action. This action will be referred to our city police department to then be handled by the county attorney to see if a
crime has been committed in this action.

"For a crime to occur the form has to be a significant legal document, which a request form is not, and criminal intent has to be proved.
Criminal intent means that an outside person was defrauded of his money or property by this action. In consulting with two criminal
attorneys, neither one can find any criminal intent in this situation. No one has incurred any monetary or property damages
in this case. I do not believe that this is a crime but rather a mistake on my part. This was a request from me to the plan administrator
to access my own funds from my own account.

"I had no intent other than to expedite the submission of my own withdrawal request forms for my own money. It is a mistake
of convenience on my part.

"Again I wish to acknowledge this action. I wish to apologize for my wrongdoing. I believe that I have made a mistake. And I
am acknowledging it to the citizens of Orem. Again I am sorry for this action."