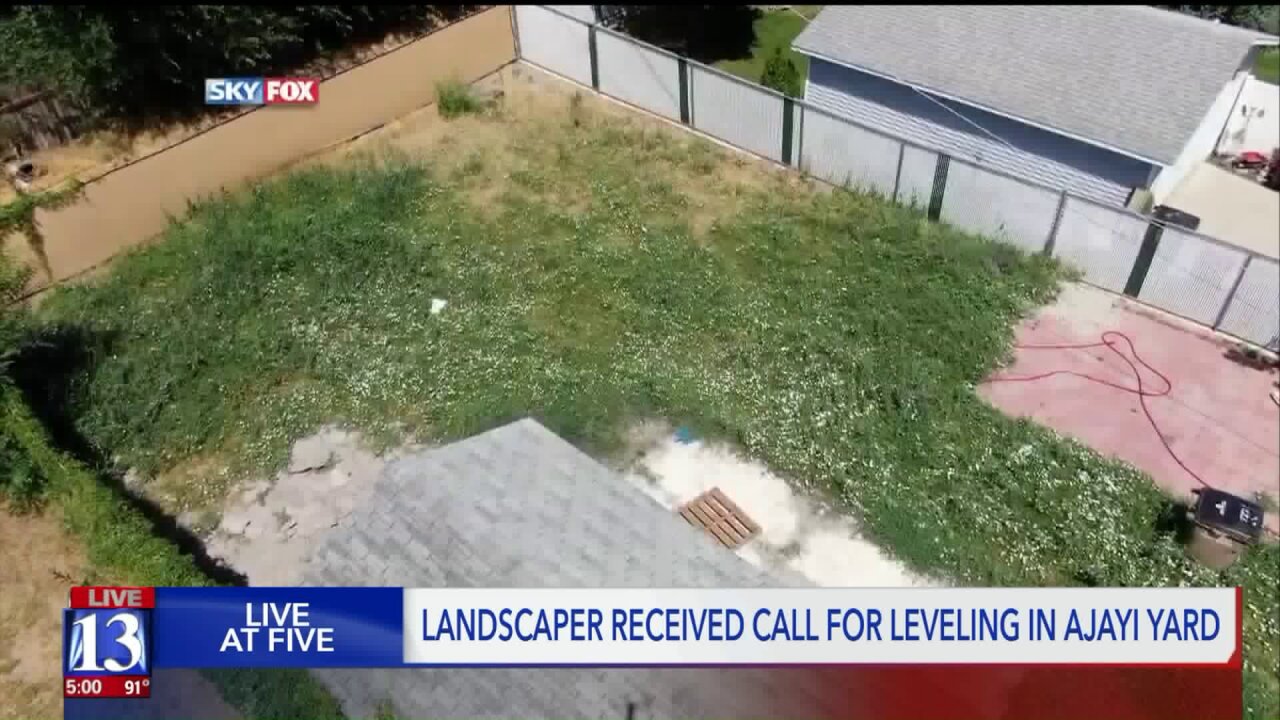 SALT LAKE CITY -- New details are unfolding in the investigation into the murder of University of Utah student MacKenzie Lueck, and a witness is now describing why he's troubled by what he said suspect Ayoola Ajayi asked him to do in the days after Lueck disappeared.

That man said Ajayi reached out to him for a backyard landscaping project. That proposed project has now turned into evidence for detectives.

Landon Fullmer owns 360 Landscapes. He's taken on quite a few projects for the busy summer season.

Though, when he thinks about this summer, there's one project, in particular, he'll always remember -- even though he never actually took it on.

“I just felt like there was something that he was trying to cover up,” Fullmer said of the potential client.

He said a man named Ayoola Ajayi contacted Fullmer through Angie's List on Monday, June 24. That was one week after Lueck disappeared, and days after her family reported her missing.

Apparently, Ajayi wanted the land in his backyard leveled. That's all he indicated on his request, Fullmer said.

"We had a phone conversation," Fullmer explained. "I asked him to be a little bit more specific in what he was looking for. He said his backyard needed to be leveled or graded, maybe some soil and some sod brought in."

To Fullmer, Ajayi's request was pretty typical of clients. That is, at first.

Ajayi wanted the project done ASAP. Fullmer said Ajayi needed was in a hurry and wanted everything done within a few days.

“When I told him we were out a month, he was pretty disappointed,” Fullmer said. “But, I kind of told him that's what to expect in June in landscaping.”

He said Ajayi told Fullmer he’d try to find someone else who could do the project sooner, but they decided to set up a tentative bid appointment at Ajayi’s home.

They set it for two days later, on Wednesday, June 26.

When that day came around, Fullmer texted Ajayi but never heard back.

“We ended up never meeting. And, I think that was the day police ended up on-site,” Fullmer said.

It was the day Salt Lake City Police showed up with a search warrant at Ajayi’s home and took him in for questioning.

It was also the day detectives dug through an apparent burn pile in the backyard, where they later said they found human tissue from MacKenzie and her burned belongings.

As soon as Fullmer made the connection, he said he called police.

Now looking back at what Fullmer said Ajayi asked him to do, Fullmer is glad he didn’t get a chance to take the job.

“I had a like a physical reaction to it,” Fullmer said, of his realization. “I'm like, I was supposed to go and bring in soil and sod and bury that backyard. So, it's kind of a disturbing thought.”