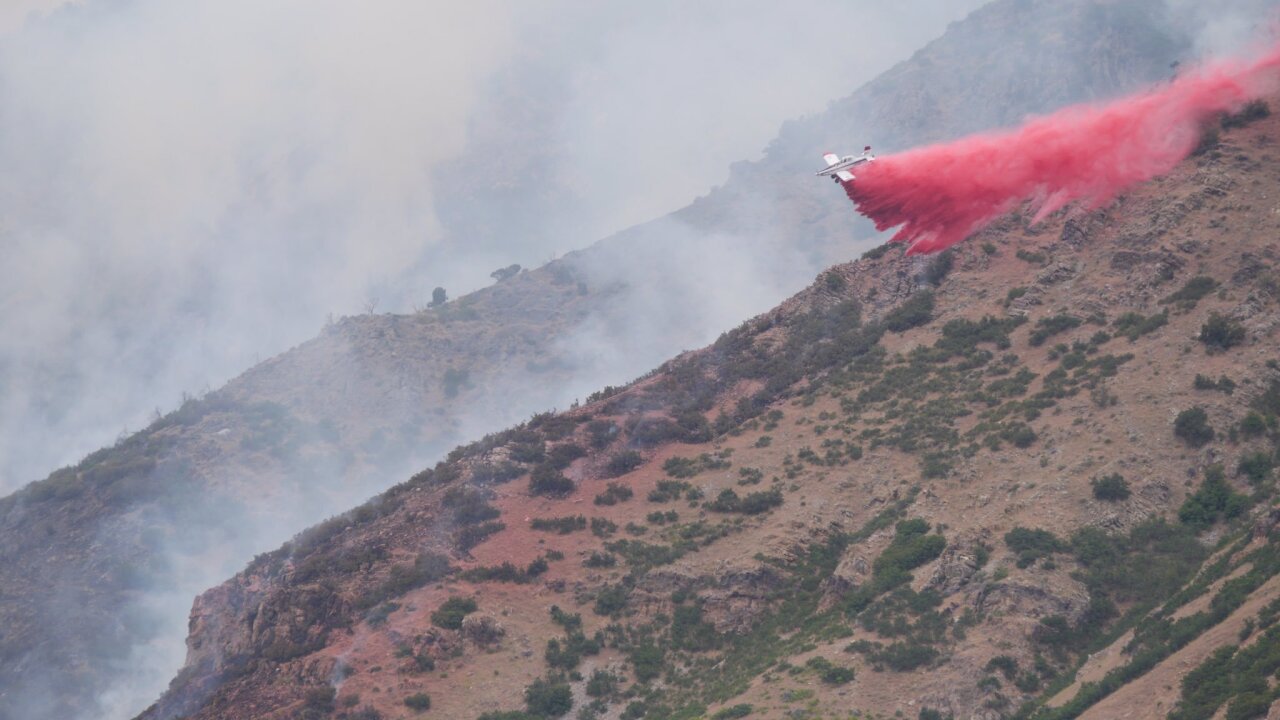 UTAH COUNTY — Aerial resources fighting the Alaska Fire near Provo Thursday were grounded after someone flew a drone in the area.

As of Thursday the fire is burning on an estimated 400 acres and containment is at 10 percent. The fire is on a mountainside northeast of Springville, near Provo.

Fire officials stated around 8:40 a.m. that a drone intrusion occurred, which forced them to ground aerial resources fighting the fire. Drone use is not permitted in the no-fly zones set up around wildfires.

A section of the Bonneville Shoreline Trail below the fire is closed between Slate Canyon and Little Rock Canyon.

The fire was first reported Tuesday just before 11 p.m. The fire is believed to be human caused, and investigators are working to determine exactly how the fire began.

#ALERT for #drone #pilots in #Utah: Do NOT operate your drone near or around #wildfires. You could face severe fines and potential #criminal prosecution. If you fly, FIREFIGHTERS CAN’T. https://t.co/UZVUv3ocjP #AlaskaFire #NoDroneZone #FlySafe pic.twitter.com/rO6qROBP3W