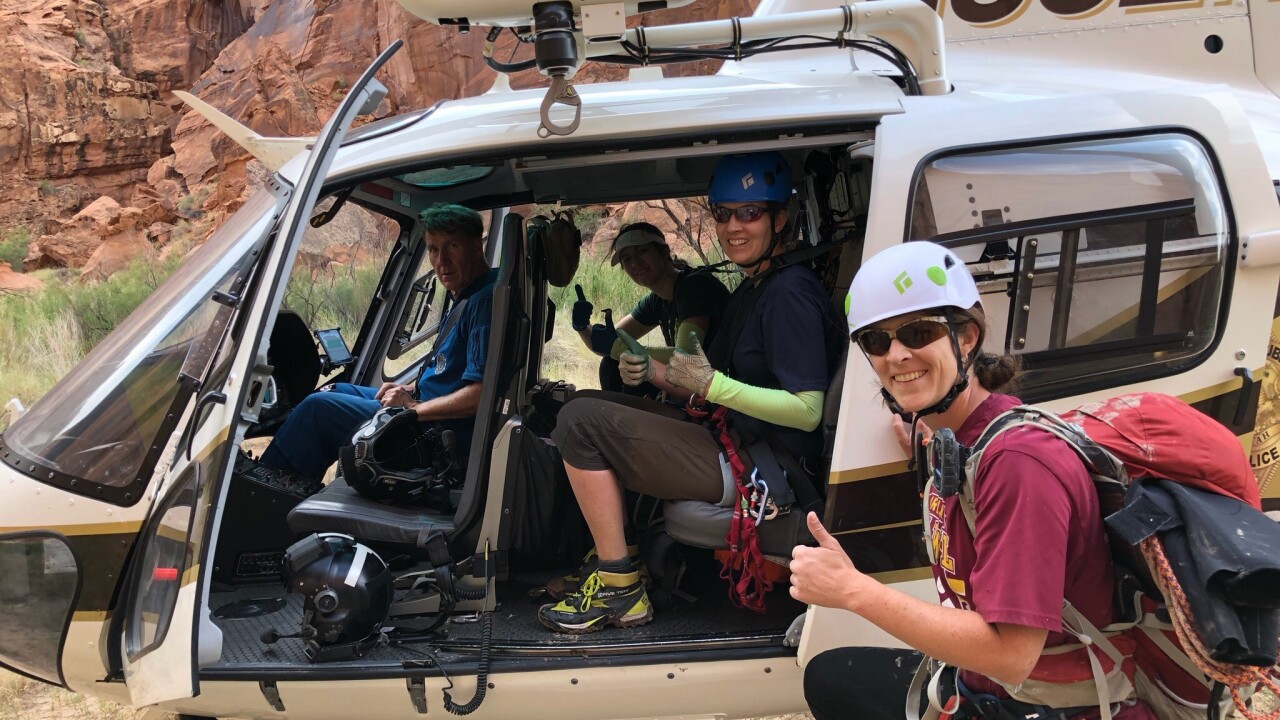 EMERY COUNTY, Utah — A trio of sisters was found in good condition after a family member reported them overdue from a hike in the Hidden Splendor area of Emery County, where they were maneuvering a slot canyon known as The Squeeze, according to the Emery County Sheriff’s Office.

Officials with the sheriff’s office said in a Facebook post the search was different from most because the sisters are all experienced in technical canyoneering and were well-prepared for the overnight stay in the slot canyon.

They had told family they would return to their camp between 10 p.m. and midnight Monday and call Tuesday morning once they had cell phone signal. But a family member reached out to dispatch at 2:00 p.m. Tuesday when the sisters had not made contact with anyone.

The ECSO said Capt. Kyle Ekker and the Utah Department of Public Safety’s helicopter launched from the Governor’s Public Safety Summitt in Davis County and located the trio around 6:00 p.m. Tuesday and transported the women to the trailhead where search and rescue team members were staged in case a ground search was needed.

The sheriff’s office said the women had the proper equipment and emergency gear, including food and a water-filtration system and had studied the area before climbing.

While maneuvering the canyon, conditions required more time than anticipated and the women spent the night on the trail before starting out Tuesday morning, according to the ECSO.

The women expressed their appreciation for the concern and professionalism of all involved.