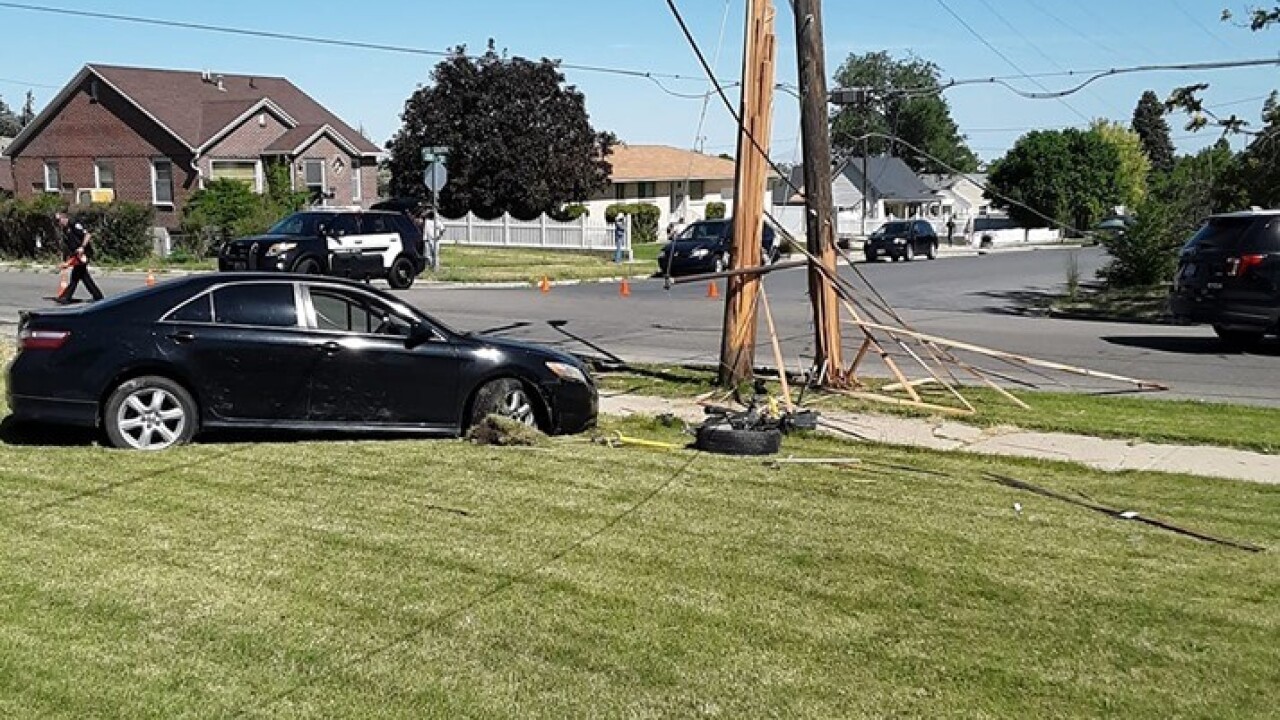 TOOELE CITY, Utah -- A man is in custody after he led police on a chase that ended with a SWAT team response on Tuesday, police say.

William Ybarra, 33, was arrested after what started as a report of a suspicious person, according to Sgt. Jeremy Hansen of Tooele City Police.

When officers responded, Ybarra fled in a vehicle, crashed near 200 West and 400 South, shearing a power pole in half in the process, then got out of the crashed car and stole a truck, police said. He then fled the area before ditching the stolen truck, police said.

Police believed he may have been hiding inside an apartment complex near 680 McKeller Street. SWAT responded to that address just before 1 p.m.

He was taken into custody on a fugitive warrant.