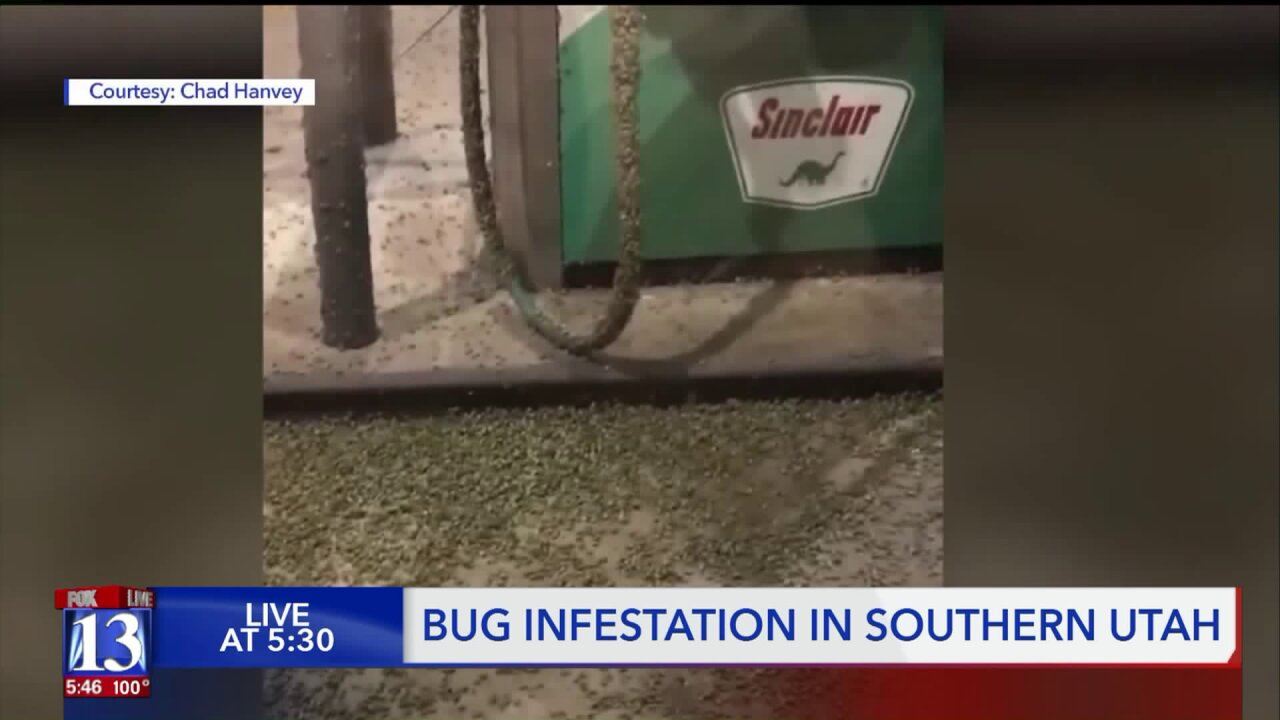 ST. GEORGE, Utah — People in St. George have reported large stink bug infestations, similar to the swarm of grasshoppers that have been popping up recently in Las Vegas.

Chad Hanvey, who recorded a video showing thousands of insects swarming his car at the gas station, said he was so overwhelmed that he refused to get out of the car to fill up his gas tank.

“I didn’t smell them, but I didn’t roll down my window to see if they stink. I didn’t want to find out,” he said. “I’m not scared of them, there were just too many. They were all over my truck, and I figured they’d be all over me.”

Kristopher Watson, an entomologist who works for the Utah State Department of Agriculture and Food, said he can’t blame Hanvey for not getting out of the car.

“Yeah, even to me, as a bug guy… too much,” Watson said. “You don’t want a bunch of ladybugs in your home, let alone stink bugs.”

Watson said he believes the video shows a mix of green stink bugs, mosquitos, and gnats, which he said are a lot less threatening to crops compared to the Las Vegas grasshopper infestation.

“Grasshoppers, Mormon crickets, rangeland pests, there is a concern for it,” he said. “This is likely native insects.”

“I've lived here five years. Never seen anything like this,” Hanvey said. “Everyone calls it a seven-year hatch, but I haven’t seen that many bugs in 43 years.”

Watson said he believes the problems will fix themselves within the next few weeks, as the insects begin to die. He blamed the wet spring and warm temperatures for helping create perfect bug conditions.