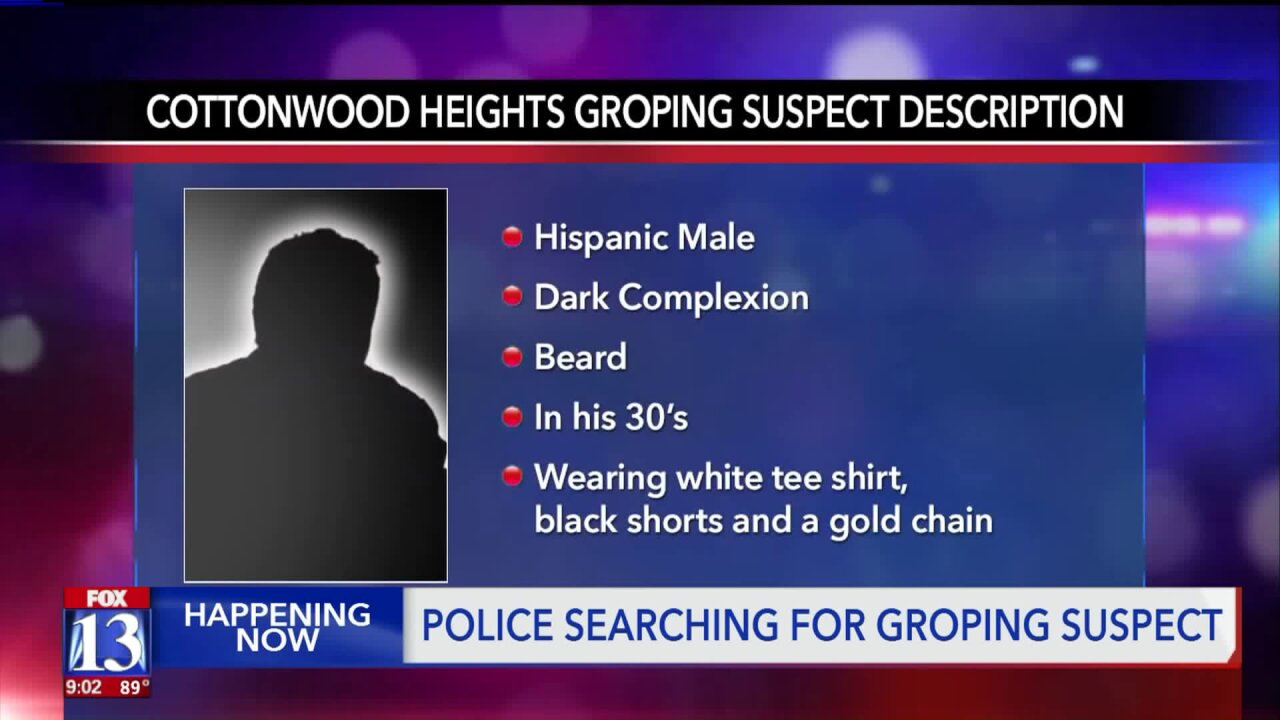 Two girls reported being touched inappropriately, over their clothes, while in the pool that day, according to Cottonwood Heights Police.

When parents confronted the man after the incident, police say, he claimed a medical condition caused his hand to shake while touching people.

The suspect was described as a Hispanic man in his 30s with a beard and dark complexion. He was wearing a white t-shirt, black shorts and a gold chain.

As many families enjoyed the warm evening at the pool, parents were shocked to learn of the incident.

“[It] makes you feel a little bit protective, apprehensive about having your kids roam free around here,” said John Russell.  “We’ve been here for years so it kind of brings it home.  It’s a little bit shocking.”

Others said it will cause them to be more vigilant in paying attention to their little ones.

“I’ll bring them, but you’re going to stay close by, you’re not going to be as easy to just let them go play,” said Sheryl Poulsen, a grandmother of 14 kids. “If I had young kids, I wouldn’t send them over here without me.”

Police are scouring through hours of surveillance video. They called the allegations "upsetting" and "disturbing.”