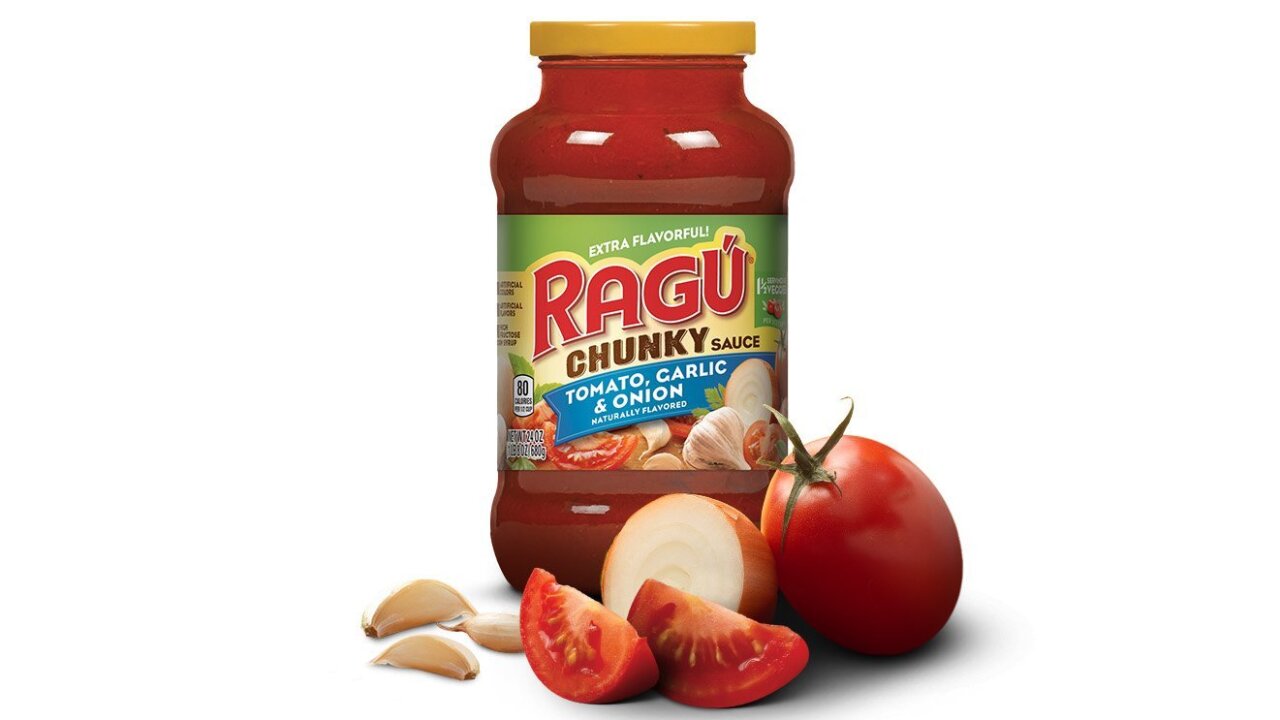 Before you break open a jar of Ragu pasta sauce for your Sunday dinner, take a look to make sure it’s not part of a new recall.

Before you break open a jar of Ragu pasta sauce for your Sunday dinner, take a look to make sure it’s not part of a new recall.

Mizkan America, the company that makes Ragu, announced a recall of several kinds of sauce, citing concerns that some were contaminated with fragments of plastic.

The types of sauce in question include three varieties of Chunky Tomato Garlic & Onion in both 45-ounce and 66-ounce sizes, according to a notice issued Friday by the US Food and Drug Administration. The list also includes 66-ounce bottles of Old World Style Traditional and Old World Style Meat.

There have been no reports of injuries or complaints from consumers, the FDA says. If you find one of these sauces in your cabinet or refrigerator, Mizkan asks you to throw it out and not eat any of it.

Deborah Cross, a spokeswoman for Mizkan told CNN in an email that “all impacted products were withdrawn from store shelves a month ago,” and that no Ragu sauces in glass jars were part of the recall.

She added that no plastic bottles of Ragu sauce currently on store shelves now are subject to the recall, and are therefore “safe to eat and enjoy.”

The sauces recalled were produced between June 4 and 8, and Mizkan has kept the majority of the jars made during the production run under its control. But for the jars that made it to nationwide distribution, the company says, it has contacted retailers to make sure they are removed from shelves.

If you bought one of the sauces being recalled, Mizkan is offering replacement coupons to customers who call its customer service line, (800) 328-7248.