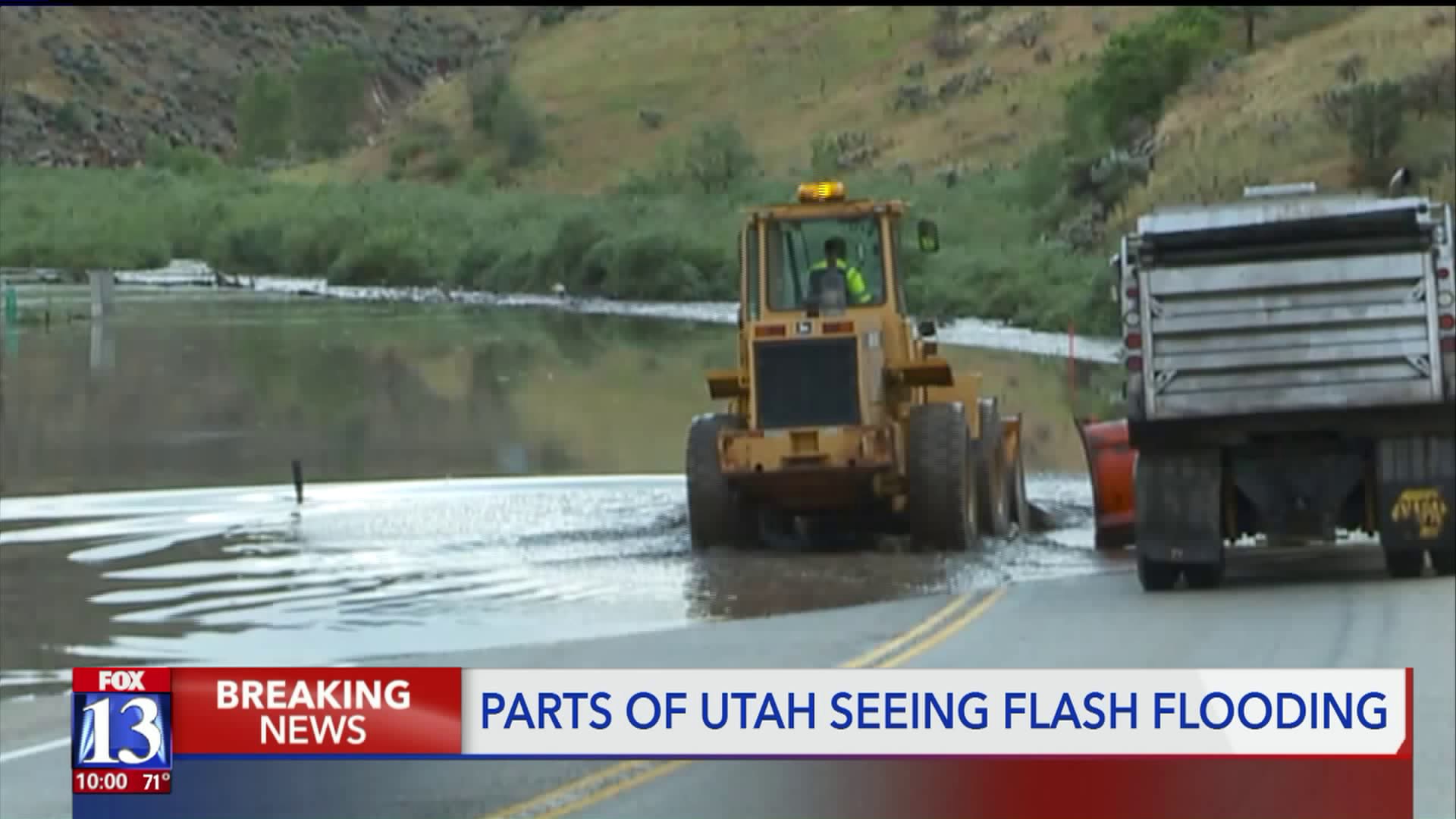 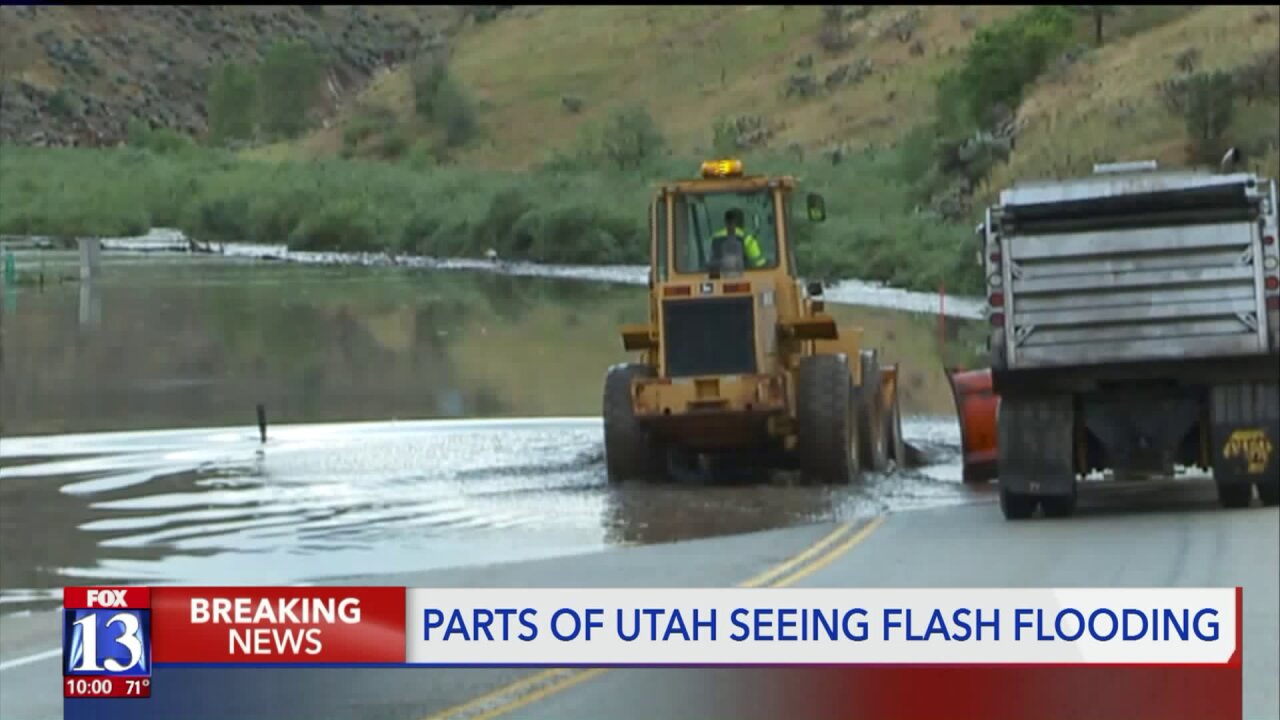 A flash flood warning was issued by the National Weather Service Friday afternoon.

Three mudslides contributed to closing the portion of U.S. 89 between 306 and 311, between Thistle and Birdseye. The slides broke in the burn scar area of last year's Pole Creek Fire.

UDOT said six to seven feet of water covered the road in some areas.

Utah Highway Patrol said more than two feet of mud and rock are covering U.S. 89 in other areas.

UHP said 30 vehicles became stranded in a number of different areas around the slides in the 5-mile stretch of Highway 89. Sgt. Nick Street said some people had to get out of their vehicles and run for higher ground.

He said a Department of Public Safety helicopter flew over the area to make sure everyone was accounted for, and okay. Utah Highway Patrol troopers responding to the slide became stranded in the slide area, UHP said.

Agencies including Utah County Search and Rescue, Utah County Sheriff's Office, Spanish Fork Fire, Utah Highway Patrol and the Utah Department of Public Safety spent hours trying to get everyone out of the slide area, and to safety.

Heavy equipment including three UDOT front end loaders and plows cleared a pathway through the debris, knocked over cement barriers, and managed to lower the water levels on the road.

In the end, the Utah County Sheriff's Office said two vehicles remained stuck in debris. Tow trucks rescued those vehicles, a Jeep and a sedan.

Everyone else was able to safely drive out of the area by late Friday night, Sgt. Street indicated.

People who live in homes along the flooding were okay, UHP said.

The road will remain closed "for an undetermined amount of time" as UDOT crews work to clear the slides. UDOT said the road will reopen only once the road is safe again.

John Gleason with UDOT said the guardrail was washed away and there is extensive damage to the road. Crews returned to the area early Saturday morning.

This shows you how deep the water was in some areas of the flash flooding on Hwy 89. You can't even see the wheels on this UDOT front end loader. 30 vehicles became stranded, thankfully everyone is okay! @fox13 #utwx pic.twitter.com/bwA6FZp4iy

The highway closure spans from the Thistle Junction where Highway 89 meets Highway 6, south to mile marker 301.

The area that flooded is the exact spot that flooded in 1983, famously creating the ghost town of Thistle. An often photographed, submerged home was flooded and submerged once again in this flood.

Video from Richard Scutt shows some of this flooding: