Obama’s high school basketball jersey is up for auction 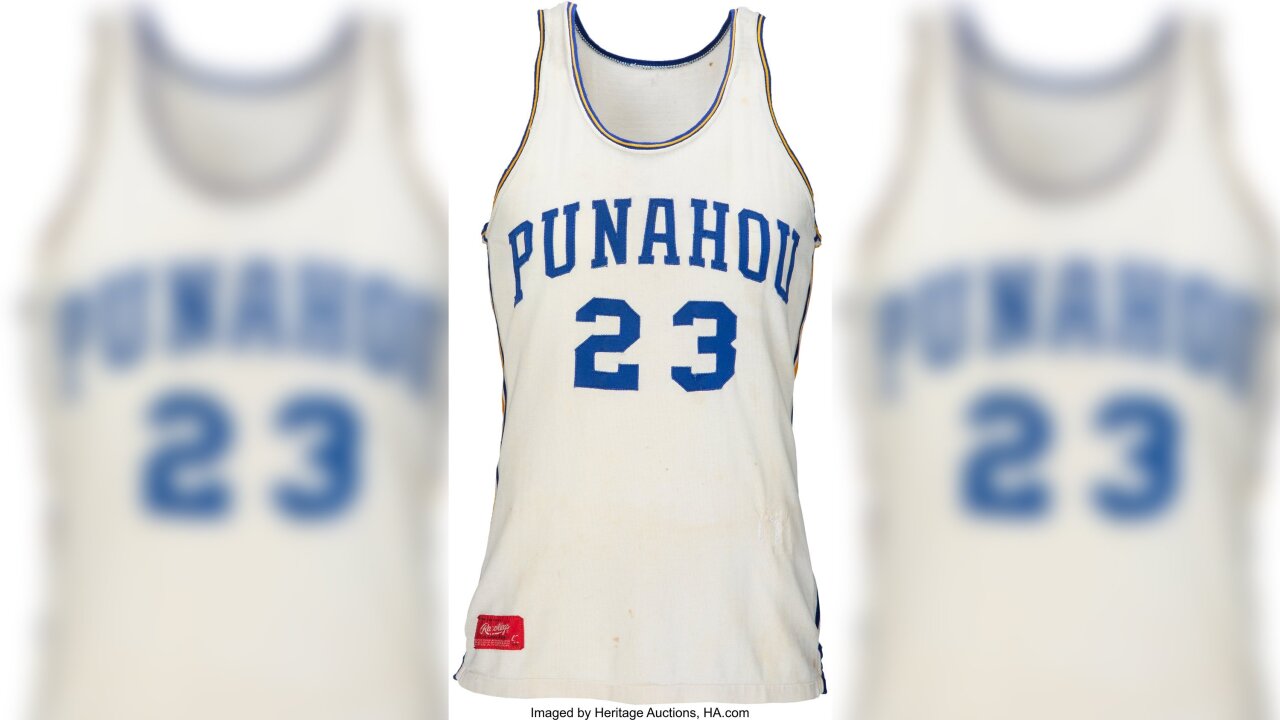 Heritage Auctions expects the jersey to fetch at least $100,000.

A high school basketball jersey once worn by former President Barack Obama is up for auction.

The white jersey, which says “Punahou” and “23” on the front in blue lettering, is faded and stained but still expected to fetch a pretty penny. The starting bid was $25,000, but Heritage Auctions, which is selling the jersey, expects the garment to sell for at least $100,000 when bidding ends August 17.

The future 44th president wore the jersey in his senior year at Punahou School in Honolulu, where he was a member of the 1979 Hawaii State Champion boys’ varsity basketball team.

The jersey belongs to another Punahou alum, Peter Noble, who was three years younger than Obama. Noble wore the 23 jersey while playing for the junior varsity team.

The jersey comes with Noble’s yearbook from Obama’s senior year, according to Heritage Auctions.

Obama is a well-known basketball fan; he even shared his love for the sport by treating then-British Prime Minister David Cameron to an NCAA game in 2012. He was also fond of shooting hoops at the White House, sometimes joining NBA stars LeBron James, Dwyane Wade and Carmelo Anthony.