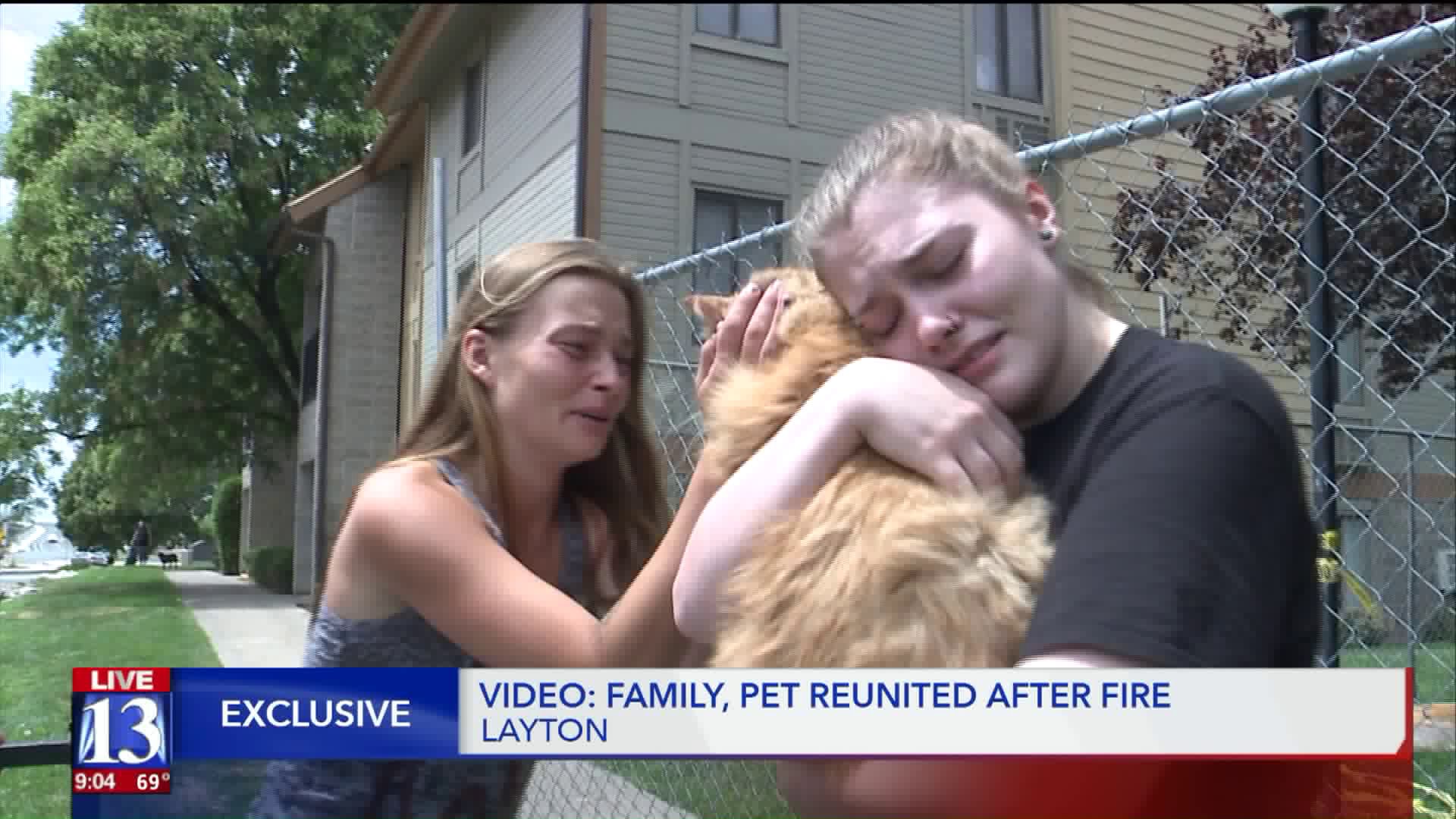 Two sisters share a tearful moment after being reunited with their pet cat four days after it was trapped inside of their burning apartment building. 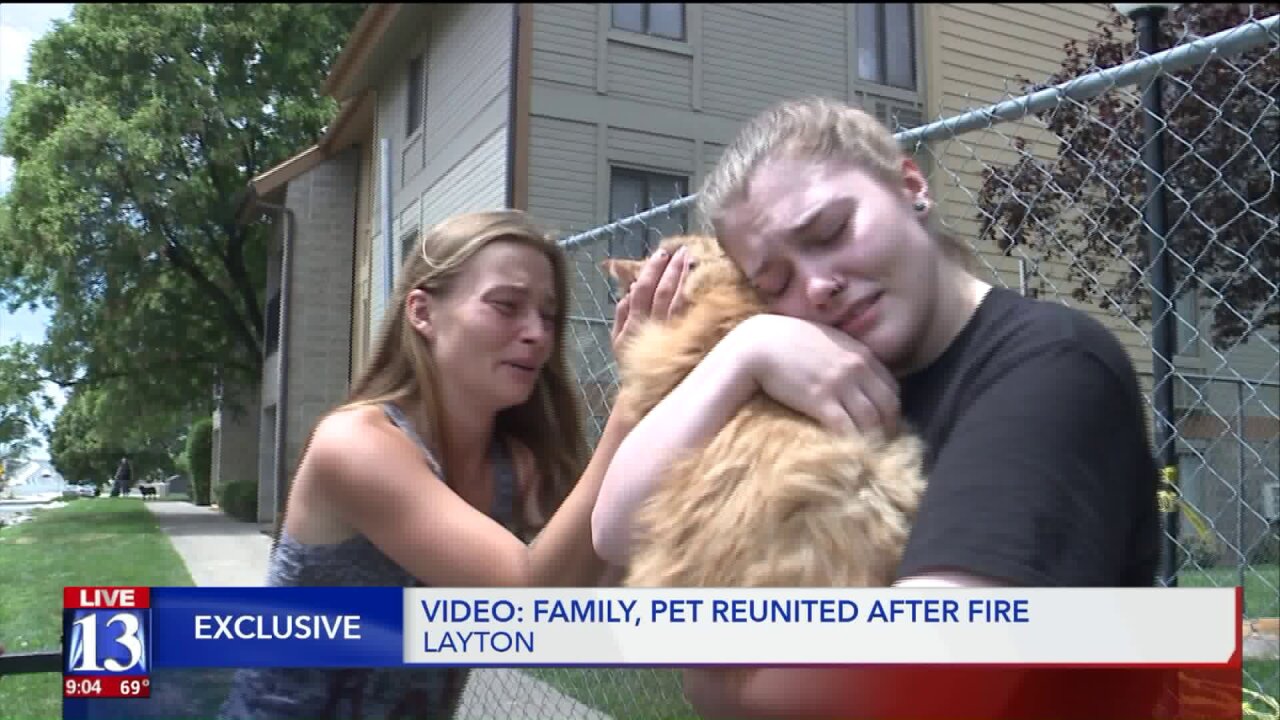 LAYTON, Utah – Two sisters share a tearful moment after being reunited with their pet cat four days after it was trapped inside of their burning apartment building.

“Thank you so much, oh my god!” said Ryanna Chandler as she clenched onto a chain-link fence in front of her. “It’s okay, baby!”

It was a moment Ryanna and her sister, Kyrie, never thought would come.

“They [firefighters] were able to rescue Bugsy,” Kyrie said. “But Spike, Spike, my baby, is still up there and he’s suffering.”

Four days ago, the two girls watched as their unit at the Layton Meadows Apartments went up in flames.

“Spike was gone and we couldn’t find him, we thought he was maybe dead or hurt,” Ryanna said.

One of their cats was trapped inside as smoke and flames came billowing out the roof.

“This cat is my life, this cat means everything to me,” Ryanna said.

Since the fire Monday, the two girls have been assuming the worst, but hoping for the best – waiting every day in and day out for Spike.

“It feels like my heart is in my stomach and it’s upside down,” Kyrie said. “I’ve been camping out here for days in front of the apartment just calling [Spike’s] name, with food, hoping he would come out.”

Friday, they heard a final plea for help that brought Spike back home.

“Out of nowhere, I could hear Spike meowing loudly for us, he’s up there!” Kyrie said.

Both girls welled up, in disbelief, as a firefighter approached them, cat in arms.

“Thank you, thank you! My baby!” Ryanna said as she grabbed Spike from the firefighter.

“I knew it, I knew you were up there buddy!” Kyrie said.

“I can’t thank you enough! I’m going to hold him forever!” the gratitude continued as Ryanna kissed Spike.

All 21 pounds of him, safe and sound at last.

“This week has been terrible — none of that stuff matters, the only thing that matters is him and I thought he was gone… but he’s here, he’s not gone, he’s alive!” Ryanna said.

The girls said Spike smelled like smoke, but overall he seemed just fine. They intend to take him to the vet to ensure he didn’t sustain any injuries.