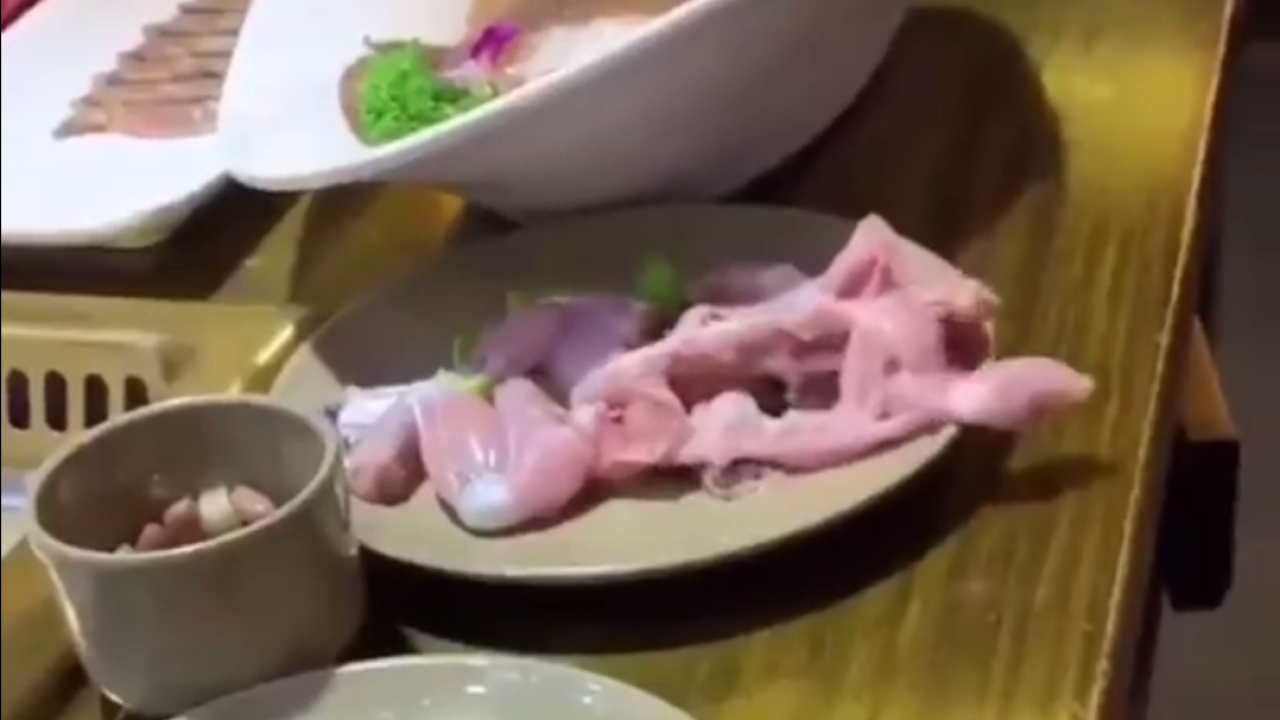 There’s fresh food, and then there’s this.

A video, posted to Facebook on July 9, possibly shows a “zombie chicken” (or frog) appearing to crawl off a plate at an unknown restaurant.

You can hear some people screaming in the background of the unconfirmed video as the meat appears to crawl off the plate and land on the floor.

This isn’t the first time a “dancing” food video has made the rounds online. In 2010, a dancing squid video shows what appears to be a “zombie” squid moving in a bowl.

According to Scientific American, if food is fresh enough, salt can be added (in the squid video, the salt comes from the added soy sauce) and trigger neurons in the organism, signaling the muscles to contract.

It has over 11 million views.

Another YouTube video shows salt being added to some prepared frog legs that react to having some salt poured on them.

Another possibility for the “zombie chicken” could be the natural process of rigor mortis, which is the temporary rigidity of muscles occurring after death.

The process can last up to three or four days after death.

Chickens have also been known to survive the decapitation process. The skeletal structure of the chicken’s skull angles the brain so critical parts of the brain can remain intact, even after the head is cut off, according to Dr. Wayne Kuenzel, a poultry physiologist and neurobiologist at the University of Arkansas.

The validity of the video has not been confirmed.