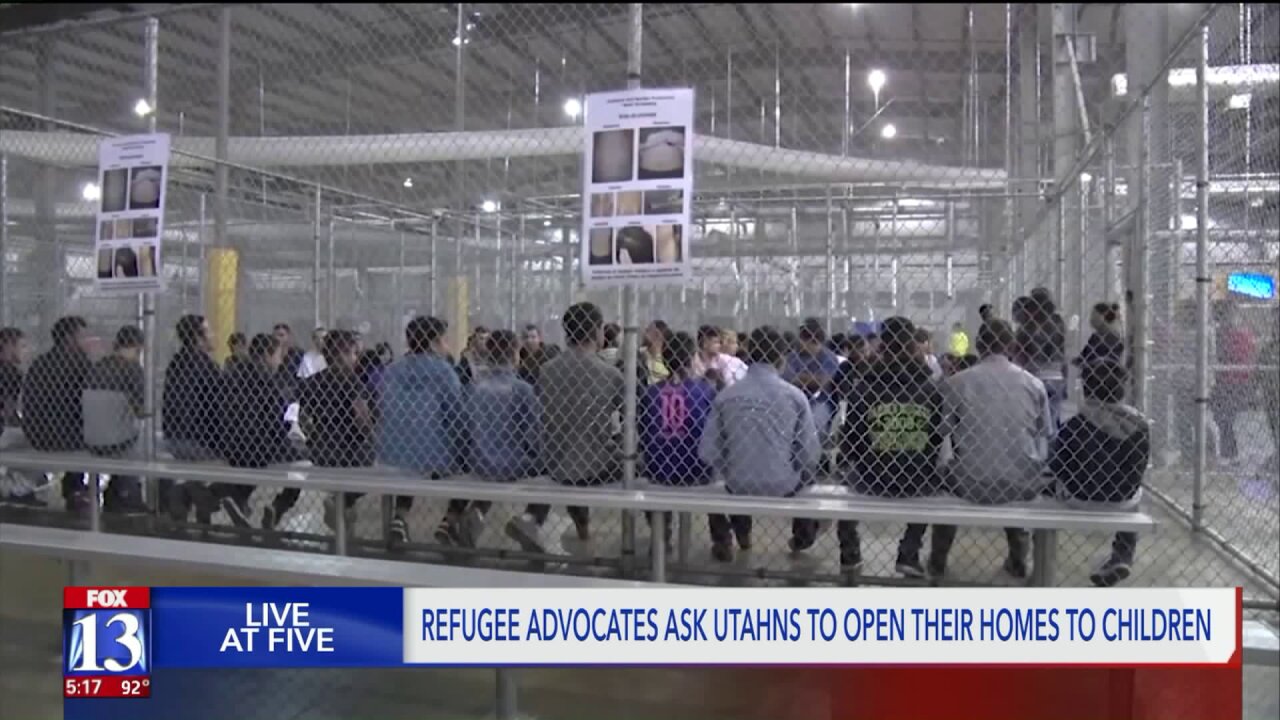 SALT LAKE CITY -- A group of local refugee advocates doubled down on their efforts to help people asking for asylum Thursday.

It comes one day after federal judges offered conflicting rulings on a new Trump administration policy that would deny entry to tens of thousands of asylum seekers.

The controversial policy would require most asylum seekers to ask for protection first in another country before trying to cross the U.S. southern border. Attorneys in Utah argue it’s an effort to stop refugees altogether.

“We were living minute to minute, whether we were going to live or something is going to happen,” Batar said.

While his family hid in a place they felt safe, his two-year-old son was killed.

“He was burned from the neck down,” Batar recounted. “There were no hospitals operating at the time. No doctors. He only survived five days and we had to bury him.”

After two years in a Kenyan refugee camp, Batar was the first Somalia citizen granted asylum in Utah in 1994.

Now he works full-time helping refugees settle in Utah with assistance from the Refugee Justice League. It is made up of 700 attorneys providing free legal services to immigrants escaping dangerous situations.

“The crisis is largely of our own making because of a lack of what we consider humane, compassionate policymaking,“ Refugee Justice League co-founder Jim McConkie said.

In a press conference Thursday, McConkie blamed the Trump administration for illegally scaling back asylum protections that he said will eventually prevent anyone from finding safety on U.S. soil.

“When we see an injustice happen, we need to be active and we need to speak out,” Refugee Justice League co-founder Brad Parker said.

President Trump’s press secretary Stephanie Grisham said in a statement, “The rule properly encourages migrants to seek asylum in other countries they’ve traveled through before reaching the United States and make those who fail to do so ineligible for asylum.” She suggests the policy is a major crackdown on those who exploit the asylum system to come into the U.S. illegally.

“We have a moral obligation and it’s also the right thing to do to help those who need our protection,” Batar said.

The ruling halting the police is expected to be appealed and could end up in the U.S. Supreme Court.