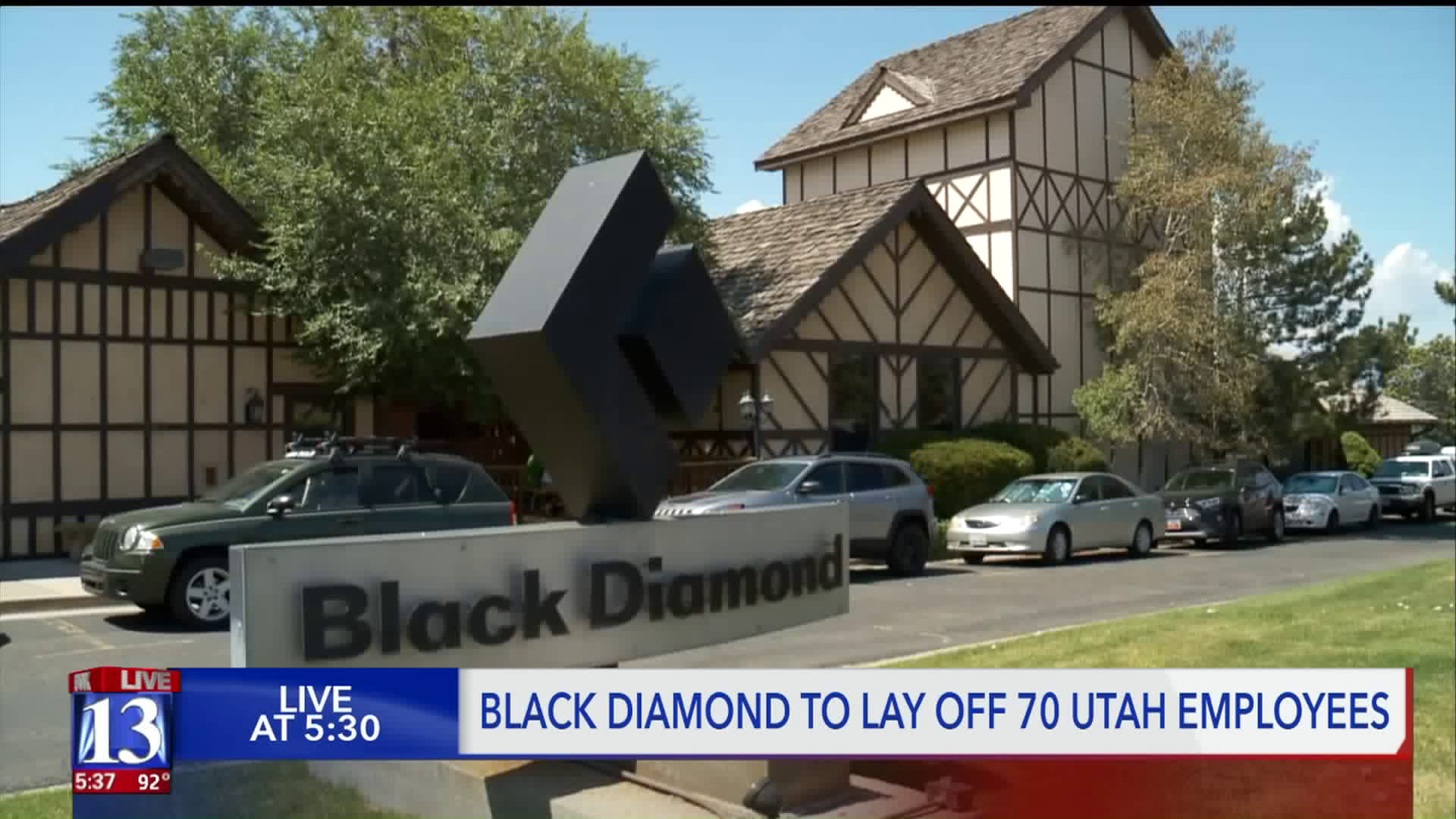 One of the biggest outdoor retail companies in Utah has announced it will be laying off 70 local employees as manufacturing moves to Taiwan. 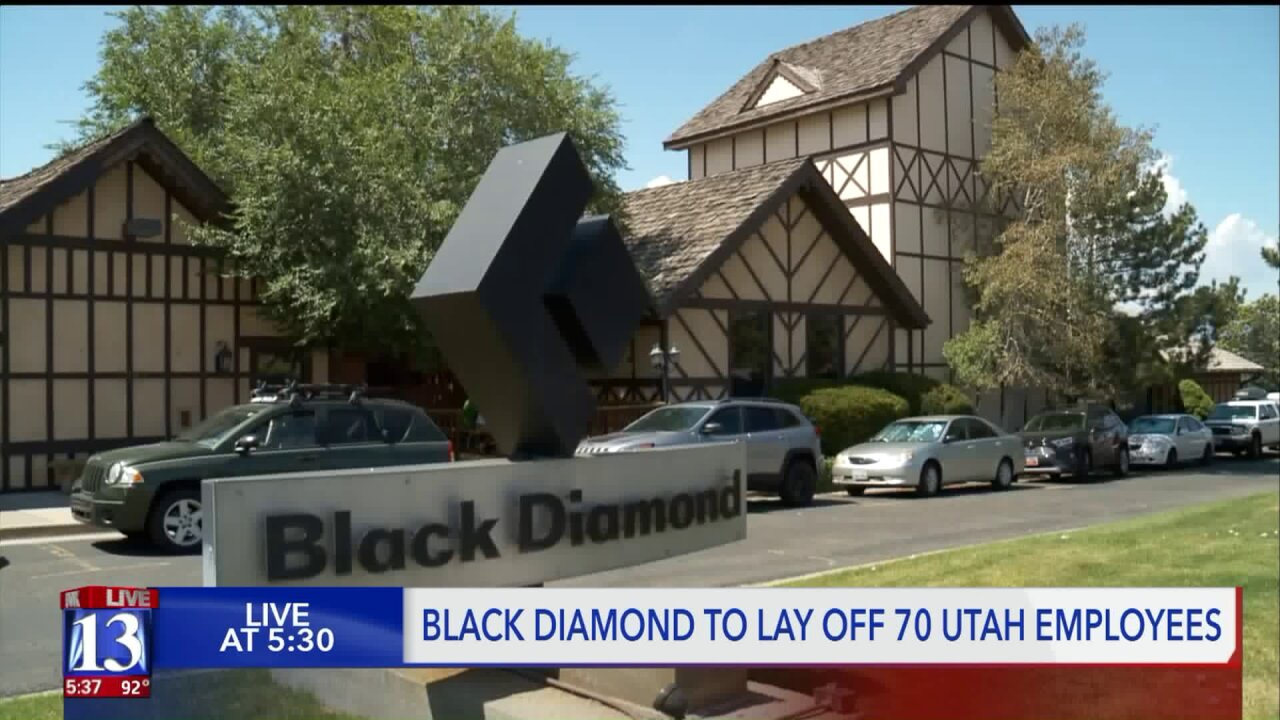 SALT LAKE CITY -- One of the biggest outdoor retail companies in Utah has announced it will be laying off 70 local employees as manufacturing moves to Taiwan.

John Walbrecht, the president of Black Diamond, said the decision to move manufacturing overseas is to develop more innovative products, not to cut costs.

“BD has a responsibility to innovate the best equipment we can, to make our product lighter, faster and stronger,” Walbrecht wrote in an email to FOX 13. “As such, our search for different materials, technologies and best places to manufacture will never end. It’s not about Salt Lake, Taiwan, or anyone place in particular.”

Various employees told FOX 13 they have been offered severance packages and that the company is offering to help find them new jobs. They will not be laid off until September.

“How would you feel if everything you have been working on for three years was thrown in the trash heap?” wrote one employee on Reddit. “Not great.”

State leaders said they were “sad” and “disappointed” to hear about the decision, especially because Black Diamond is a local company.

“This is a company that has been in Utah for a long time,” said Val Hale, the executive director of the Governor’s Office of Economic Development. “In this case, it was the decision of the company, and that’s just the way it is.”

This is not the first time Black Diamond has made a decision that will negatively impact Utah’s economy.

In 2017, the company’s founder Peter Metcalf encouraged the Outdoor Retailer trade show to leave Utah because of political disagreements with Gov. Gary Herbert and the way he treated public lands.

Black Diamond is still a strong voice supporting the designation of Bears Ears as a National Monument, but Metcalf is no longer CEO of the company.

“The former owner and founder of Black Diamond made some comments that weren’t all that favorable to Utah and really upset a lot of people here in the state,” Hale explained. “The company since has new ownership.”

Gov. Herbert declined to comment on the company’s recent layoffs and decision to outsource manufacturing.

“There are still economic advantages in some countries to have companies do things overseas,” Hale said. “They own their business. They can make these decisions, and that’s what they’ve chosen to do.”

“Having worked at Black Diamond in a prior life, I’ve watched them change over the years,” said Tom Adams, the director of Utah’s Office of Outdoor Recreation. “They distribute for the world, right here out of a warehouse… Black Diamond has always been a leader and an innovator in the climbing world.”

Hale said he’s hopeful the 70 employees who will be laid off are offered new and higher-paying jobs, ideally in the research and design field.

“To see jobs leave not only our state, but our country, it’s a disappointment, but you know the company is still headquartered here. It’s still a Utah company,” Hale said. “It’s not like this child is going away. They’re here! They’re still our child… They’re taking a few more vacations, maybe going away to school, doing something, but they’re still Utah’s child.”

“The Black Diamond team has many ideas about the future technology of climbing. And we’re talking ideology that spans the next 30 years, not next season. We cannot afford to let manufacturing technologies limit what we can do.

“BD has a responsibility to innovate the best equipment we can, to make our product lighter, faster and stronger. As such, our search for different materials, technologies and best places to manufacture will never end. It’s not about Salt Lake, Taiwan, or anyone place in particular. For us to live up to this mandate, we need to always lead with design and development.

“For BD to be competitive long term in the carabiner market we had to outsource the technology to develop the type of carabiners that we are designing because we could not do that competitively or technologically here in our in house facility.

“It was a tough decision for us, laying off 70 people from the BD family, many of whom are friends and have worked for the brand for many years. Because our mission is to design and develop the best climbing, backcountry ski and mountain equipment in the world, we were faced with this necessary decision in order to achieve our future vision.”