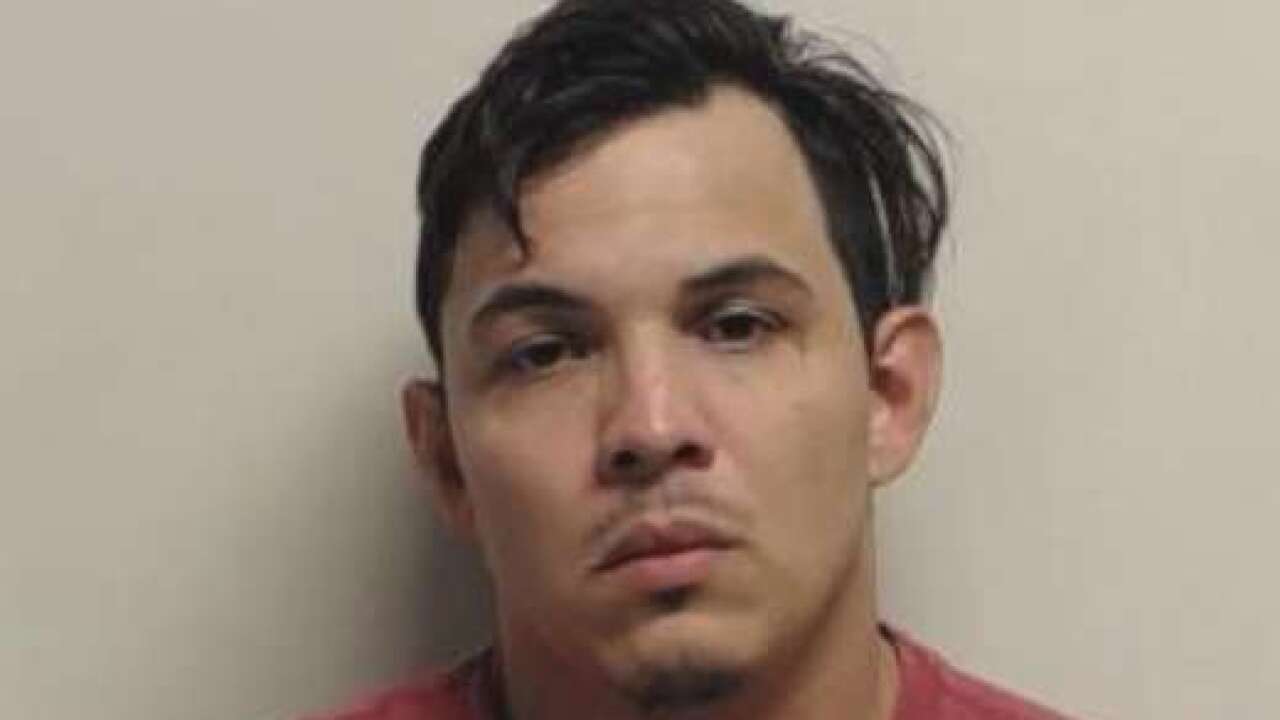 UTAH COUNTY — A man faces several felony charges after his wife reported a pattern of domestic violence and told police he had cameras installed to watch her at home and threatened her to keep her silent.

Police also said they learned the man had a warrant out of Texas for assaulting his wife and was using falsified identification, apparently to avoid that warrant.

Things began July 21 when a woman told police her husband, 32-year-old Jaime Marcos Salinas of South Provo, hit and strangled her and her children on several occasions. She said in one case he hit a 3-year-old repeatedly on the leg with a belt while angry about a missing TV remote.

She also described him taking her and her sons  “into a ‘hidden room’, as the victim described, in the house…. the victim advised that Jaime choked her in that room.”

The man allegedly strangled or otherwise abused the children, including a 5-month-old, to keep them from crying. She said in one case he shoved a sock down the infant’s mouth to silence his tears.

The woman said Salinas had cameras installed at the home so he could watch here while he wasn’t there. She said DCFS had come to investigate in early July, and Salinas deleted the stored camerea footage ahead of that visit.

The victim told officers the abuse had escalated recently and he had strangled her into unconsciousness more than once. She said he told her not to report the abuse and lived in fear of him.

Officers learned Salinas had a Utah driver’s license bearing his photo but with a relative’s name and other information on it. Officers determined there is an extraditable warrant for Salinas out of Texas for an alleged assault against his wife.

Officers wrote that the man poses a serious danger to his family and is a flight risk after having left Texas to evade charges in that state. A judge ordered Salinas be held without bail.

It was not immediately clear if he will be extradited to Texas.