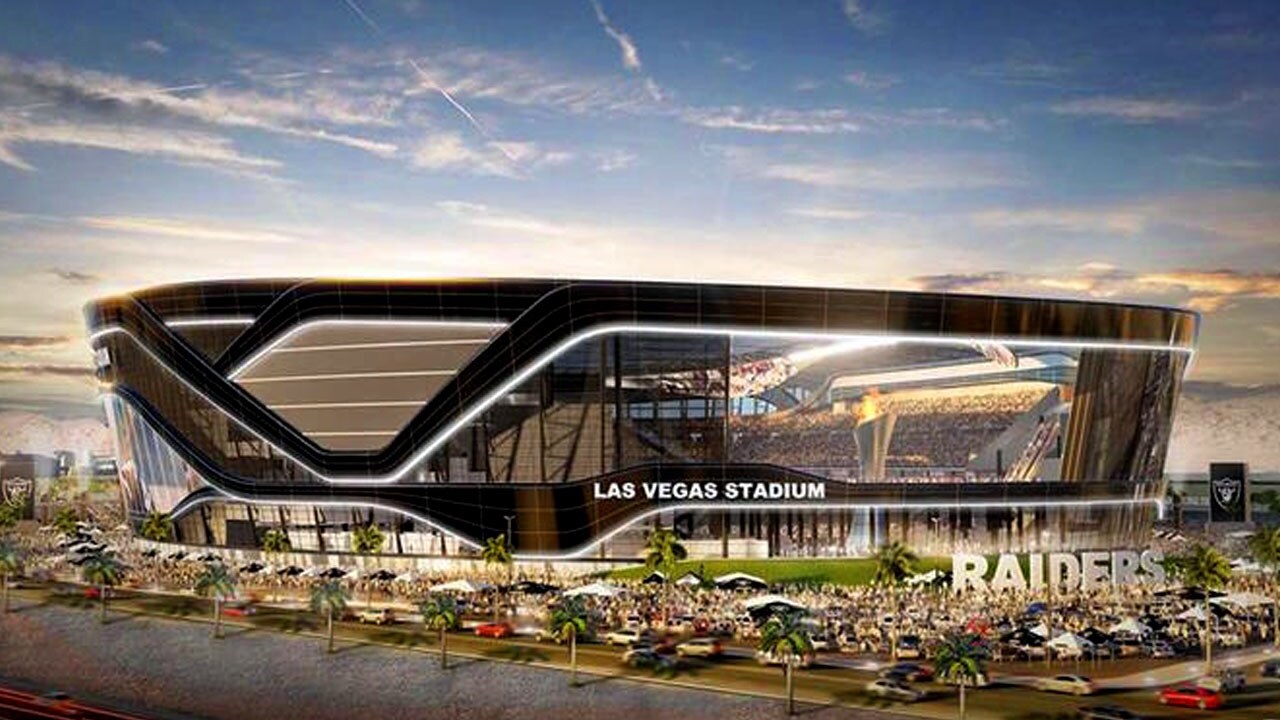 Photo courtesy of MANICA Architecture. Renderings of the new stadium to be built for the Raiders in Las Vegas.

HOLLYWOOD, Calif. — The Pac-12 announced its football conference championship game will move to Las Vegas for the 2020 and 2021 seasons, according to Commissioner Larry Scott.

Scott made the announcement during the conference’s annual media day event Wednesday.

This year’s title game will be the last held at Levi’s Stadium in Santa Clara, California.

“I’m very excited and pleased to announce that our football championship game for the years 2020 and 2021 will be played in the brand-new Las Vegas Stadium, the new home of the NFL Raiders, which has proved to be a very successful and desirable destination location for the Pac-12 men’s and women’s basketball tournaments, and ones that I know our fans have really enjoyed, and they’re going to enjoy going to our championship game in Las Vegas,” Scott said. “I’ve had a chance to visit the stadium, see the plans, hope many of you have, as well. It is truly state-of-the-art in every respect. It’ll be convenient. It’s right off the strip, close to the airport, and it’s going to be a fantastic destination for football fans to enjoy the best of Pac-12 football in our championship game.”

Scott also talked about the Pac-12’s bowl game agreements, which will see a change with the Las Vegas Bowl.

“I was pleased to be in Las Vegas with my colleagues from the SEC and the Big Ten and have a chance to announce an arrangement, an elevated bowl arrangement in Las Vegas at the new Las Vegas Stadium that will see the Pac-12’s No. 2 and No. 3 play against the top pick from the SEC,” he said.