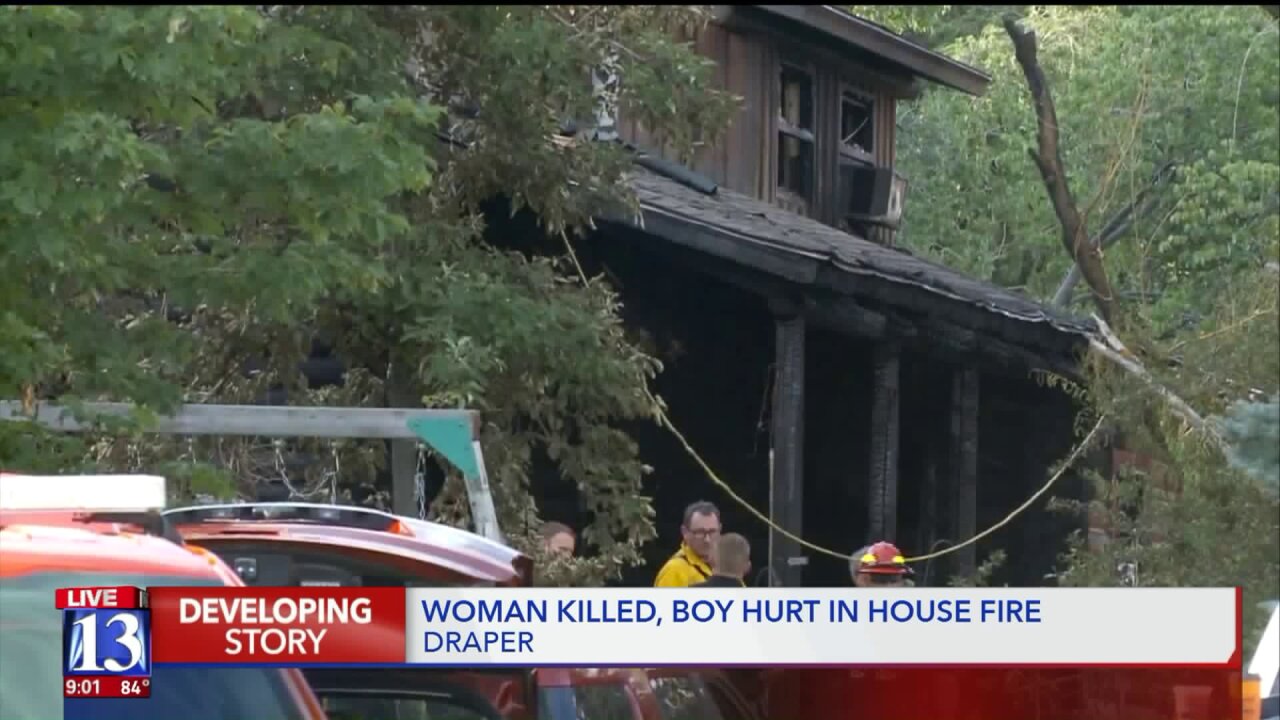 DRAPER, Utah -- A woman was killed and a 6-year-old boy is in critical condition after a home caught fire in Draper.

The fire broke out at a home near 450 East and 138th South in Draper shortly before 1 a.m. Tuesday.

Construction on the nearby 13800 South paired with about 1,000 feet of dirt road leading to the home complicated the response for fire crews.

Crews arrived to find heavy smoke and flames coming from the second story of a log home. Two adults and two children had made it outside the home.

One of those was a 6-year-old child, who was flown to Primary Children's Hospital with critical injuries.

Fire crews later found a woman, the injured child's grandmother, dead inside the home. Her identity has not yet been released.

A neighbor told Fox 13 they think the woman may have went back into the home to try to rescue a pet.

A police officer and a firefighter were taken to hospital due to heat exhaustion and over-exertion.

"We had a high stress environment and a smoke-filled environment," said Chief Clint Smith of Draper City Fire. "We have this high pressure sitting over us that doesn't allow for smoke to really escape the area very well, and it hampered the efforts of those first arriving police officers."

The cause of the fire remains under investigation.