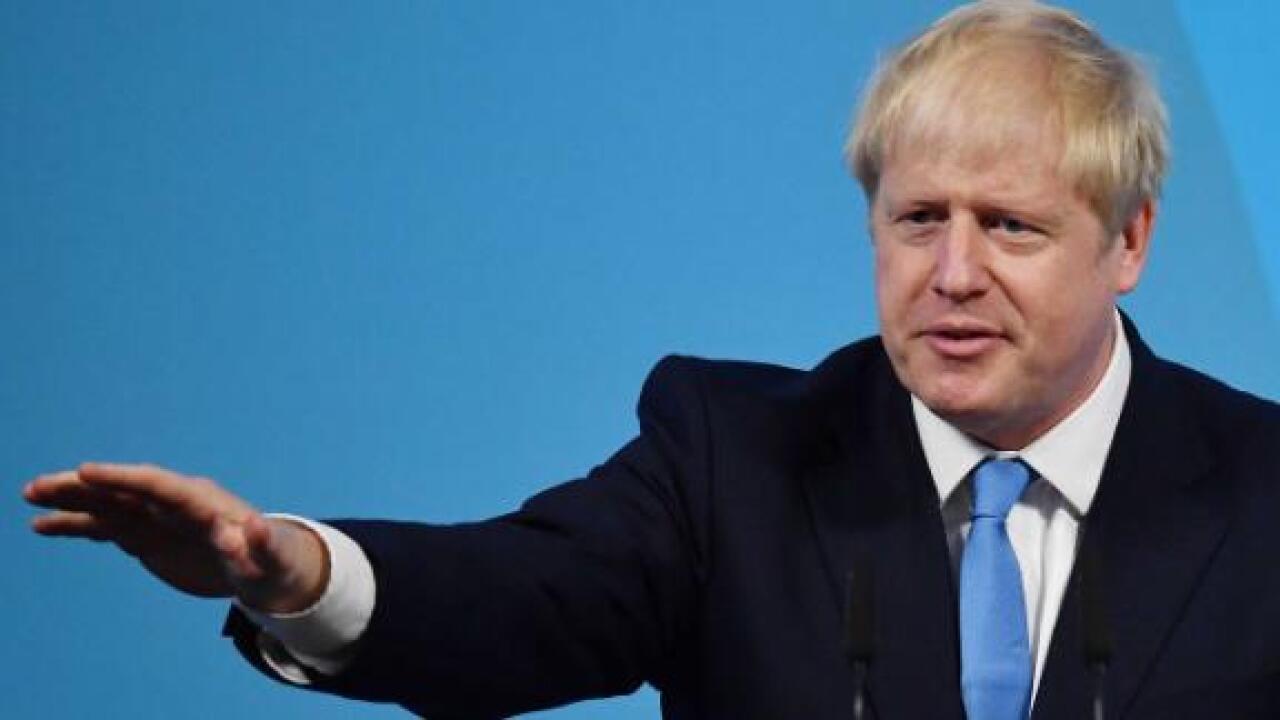 Boris Johnson has emerged as the next Prime Minister of the United Kingdom after a leadership contest and could prove to be as divisive a figure in Britain as President Trump is in the United States.

The announcement of his premiership has been met with groans in some quarters and the inevitable comparisons to President Trump have been made. On the social media platform Twitter, many are using the hashtag #NotmyPM to express their dismay at the news.

Around the world, Johnson, Britain’s gaffe-prone former foreign secretary,has in the past caused raised eyebrows and outrage with his outspoken comments.

But it is in Africa, in particular, that he has shocked many with language considered to be racist and offensive.

Johnson, who was a member of the British Parliament at the time he made some of these comments in 2002, apologized while on the campaign trail for the London mayoral elections in 2008.

Johnson said at the time that he “loathed and despised,” racism as he stood for elections in one of the most multicultural cities in the world.

“I do feel very sad that people have been so offended by these words and I’m sorry that I’ve caused this offence,” he was quoted as saying in a local media report at the time.

Below are some of Johnson’s comments about Africa.

Johnson made the remarks in an outlandish 2002 Daily Telegraph article, where few people were spared.

‘Not in charge anymore’

In a Spectator 2002 column titled, ‘Africa is a mess, but we can’t blame colonialism,’ he wrote: “It is just not convincing, 40 years on, to blame Africa’s problems on the ‘lines on the map’, the arbitrary boundary-making of the men in sola topis.”

Writing in the same 2002 Spectator article, he also described meeting some young children with AIDS who performed a welcome song for Johnson and his group. He has come under fire for his insensitive description of the children.

Writing in his column in the Daily Telegraph on former British Prime Minister Tony Blair’s visits around the world, he used the term “piccaninnies,” which is a racist term used to describe black children.

Johnson wrote a column in the British Sun newspaper in 2016 questioning why former President Obama removed a bust of Winston Churchill from the Oval Office and attributed it to his “ancestral dislike.” The Obama administration was forced to write a blog post to address several rumors circulating about the bust’s removal.

With his unruly mop of white-blond hair and bumbling personality, Boris Johnson is not exactly a forgettable figure.

But Kenya’s President Uhuru Kenyatta struggled to recall his name during a joint news conference with British Prime Minister Theresa May in Nairobi last year.

His mind went blank as he struggled to recall the former UK foreign secretary’s name. He then referred to Johnson as “the bicycle guy.”

Because of their combative history, May could be forgiven for indulging in a moment of schadenfreude: Johnson had been one of her fiercest political rivals and he resigned from her Cabinet over disagreements over her Brexit strategy.

As he embarks on a post-Brexit world where shoring up trade interests with Commonwealth countries will be paramount, Britain’s next Prime Minister appears to have his work cut out for him in impressing African leaders.