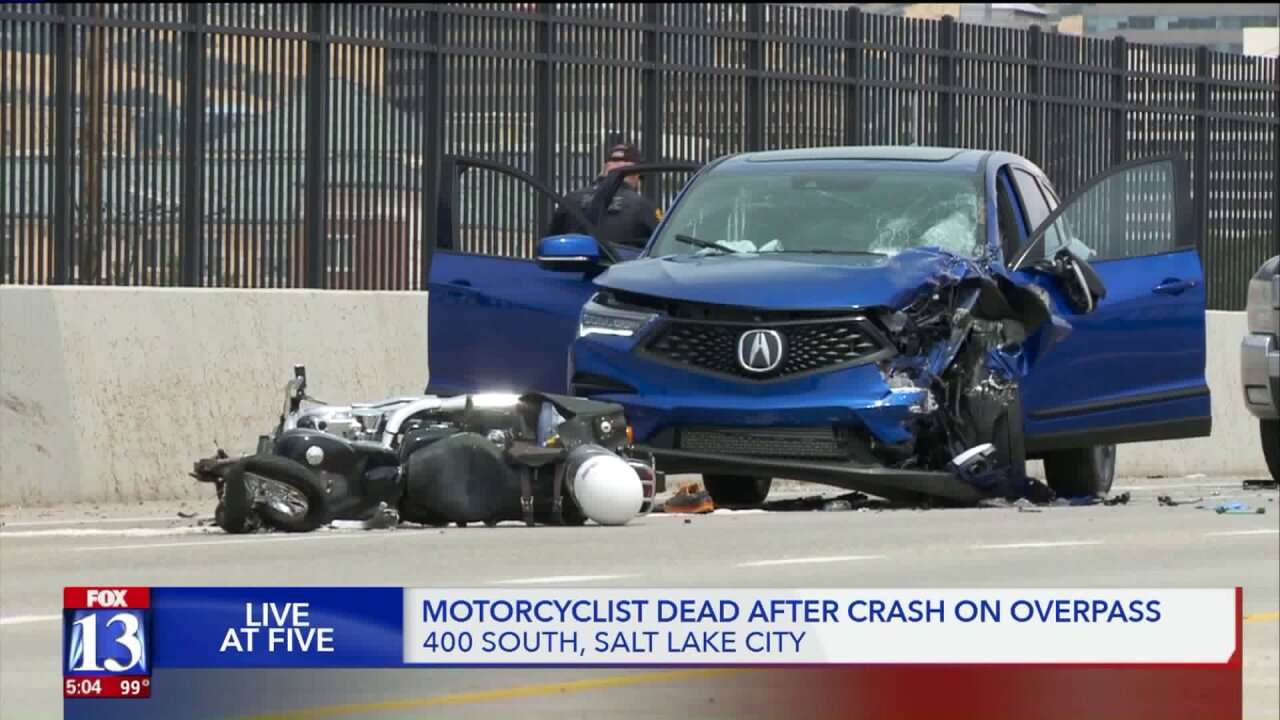 SALT LAKE CITY — A motorcyclist was killed in a crash that closed a stretch of 400 South in Salt Lake City Tuesday afternoon.

The agency later stated one person on a motorcycle was killed in the crash.

The crash and response has closed 400 South in both directions between 500 and 700 West.

An SLCPD spokesman said high speeds contributed to the crash.