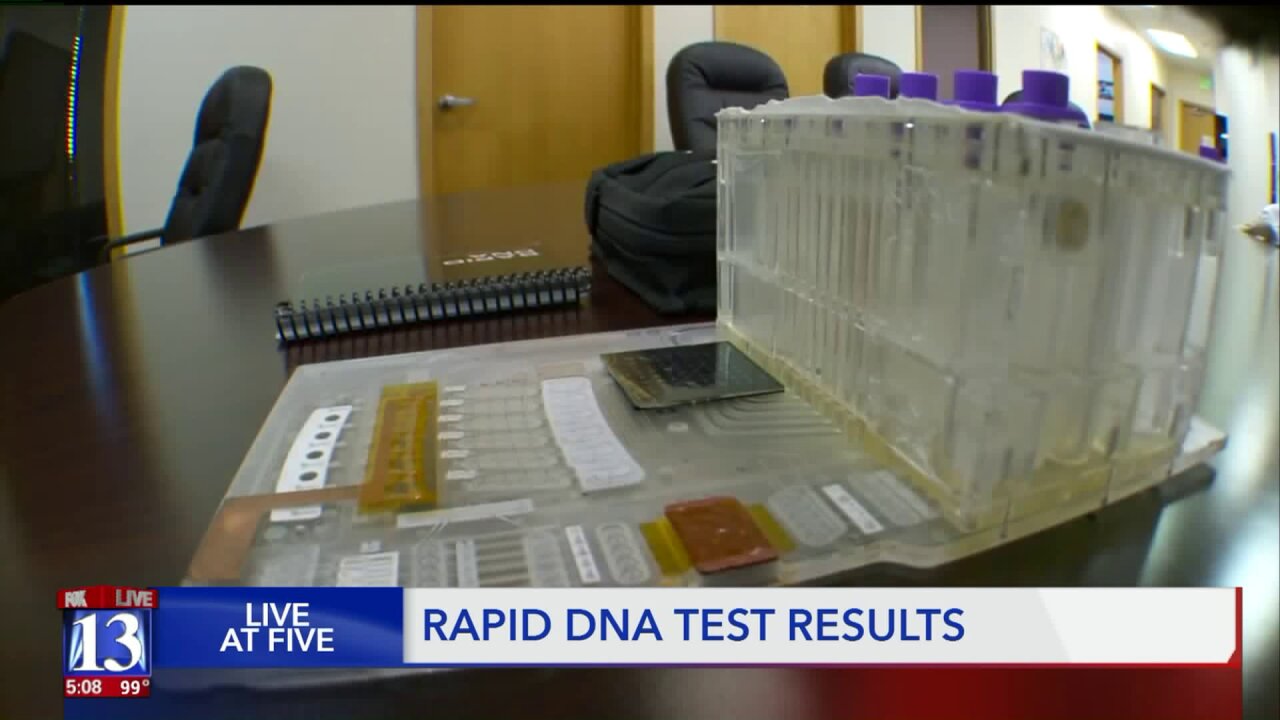 SALT LAKE CITY — For the past nine months, the Utah Attorney General's office has been using two rapid DNA testing machines that look like printers to test DNA in under two hours.

Nate Mutter, the assistant chief investigator with the AG's office, is in charge of the program.

DNA samples are loaded into a chip and placed into a machine that is designed to prevent tampering.

"We put the chip in here and I can’t open it. I don’t even have a key to this. The only time it will open is when it's ready to accept the chip," Mutter said.

The machine prints out a PDF that details whether the item is a DNA match.

While they're mostly being used to test guns, the machines were used in one high profile homicide case out of Cache County, the abduction and murder of five-year-old Elizabeth Shelley.

Thanks to the new technology, police were able to connect items of evidence to a suspect (Alex Whipple) very quickly.

However, in a similar situation out of Salt Lake County, the homicide of MacKenzie Lueck, law enforcement didn't use this new technology.

The Lueck case was under the Salt Lake County District Attorney's jurisdiction.

"As of today, it just doesn’t have the kind of reliability that we think we need to be able to offer to a judge," said Jeff Hall, the chief deputy for the DA.

While the Salt Lake County District Attorney’s office acknowledges the benefits of rapid DNA testing when it comes to public safety, they say it’s a little different with regards to criminal justice. The main reason being this new technology hasn’t really been tested in court.

"In the back of your mind, you’re always thinking, 'How am I going to present this to a judge? Is the judge going to admit this evidence? Is the defense going to raise an objection to the evidence?'" Hall explained.

"The only way you get something into court is to use it," Mutter said.

In the case of Mackenzie Lueck, the state crime lab  delivered DNA results in 9 hours. A spokesperson for the Utah Department of Public Safety says they typically get results in between 9 and 12 hours.

The Salt Lake County District Attorney's office and prosecutors across the country are watching the courts closely to see how judges rule on this new technology. Once a judicial precedent is set, many are more likely to get on board.