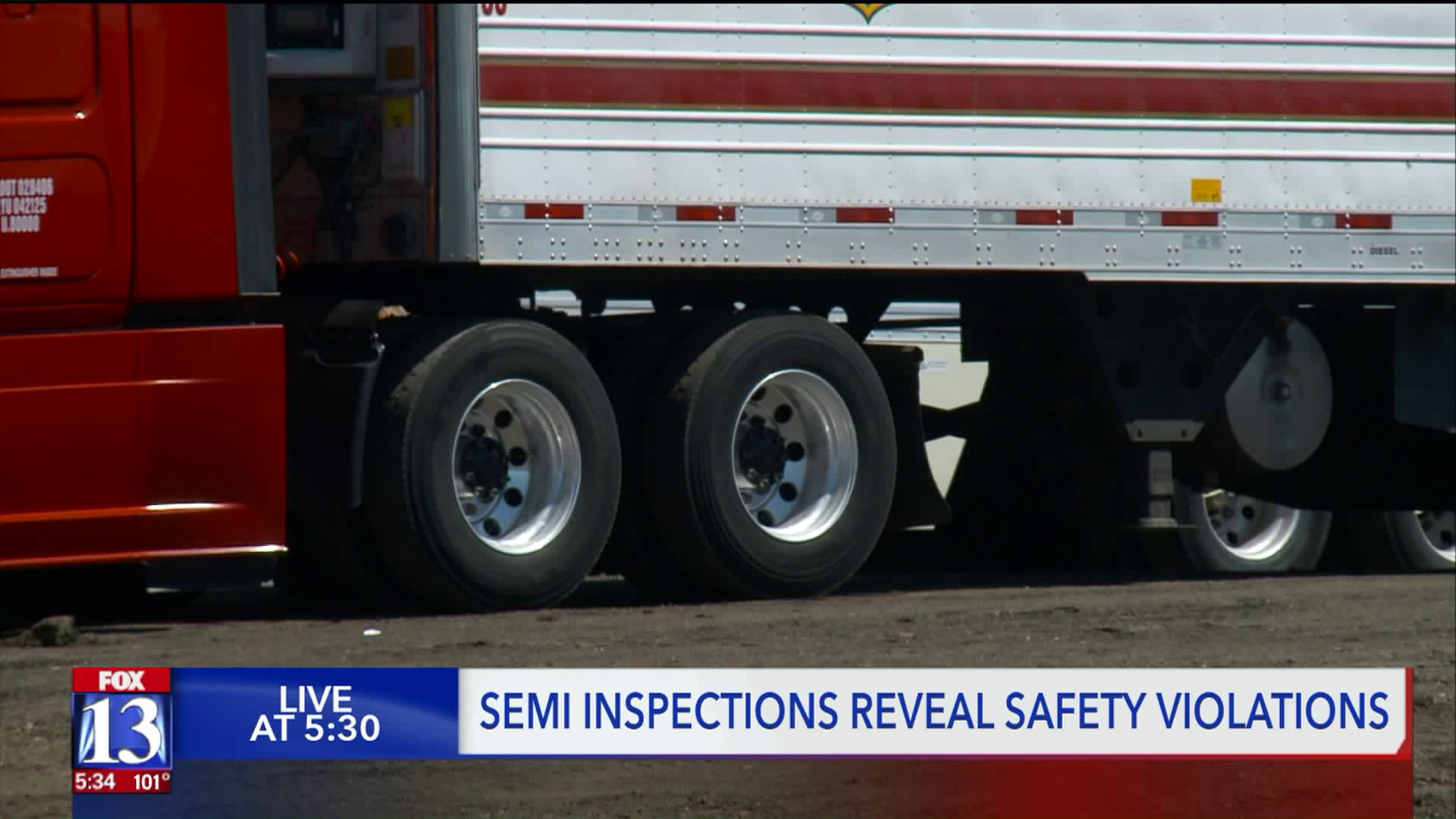 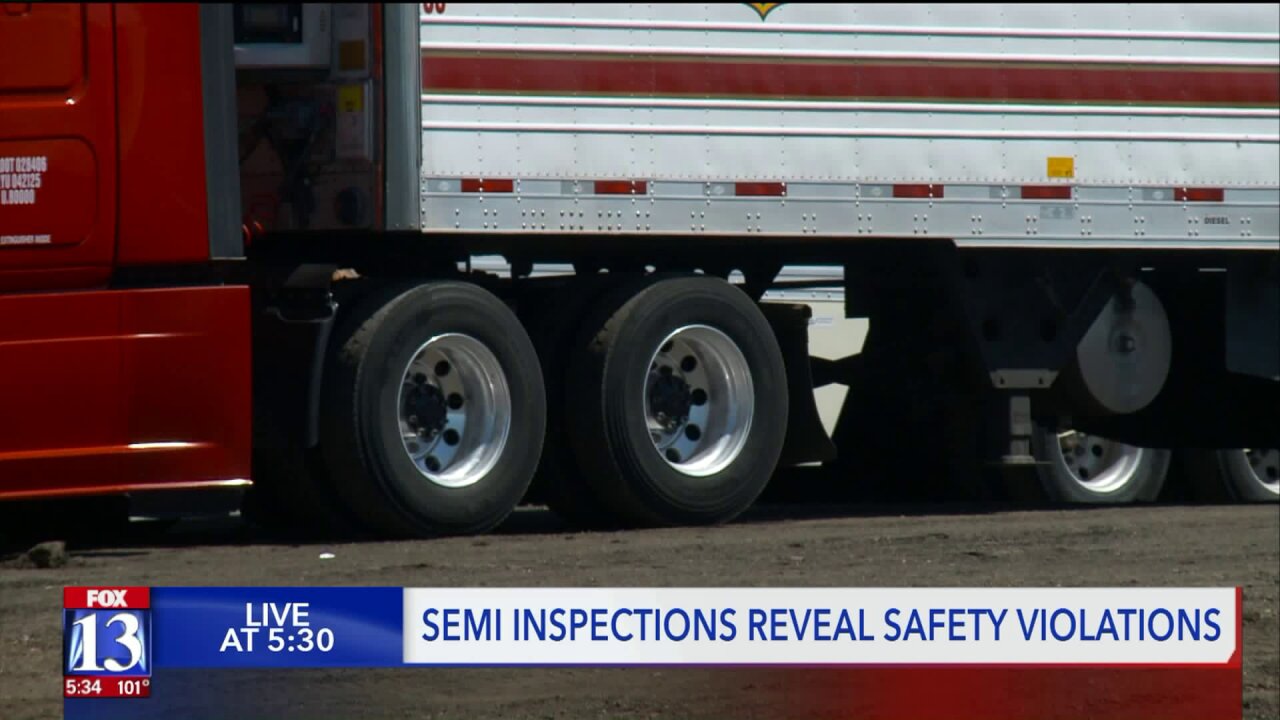 The inspection comes in the middle of a series of problems involving semitrailers that snarled traffic across the state over the last week.

“I’ve had tires blow. You have to fight the truck to get it off the road,” Joe Arrighi said.

Thirty years driving a big rig, Arrighi’s experienced it all.

“It sounds like a cannon going off,” Arrighi said.

Now, he makes a point to inspects his semi at least three times a day. FOX13 caught up with him and his haul of Tesla vehicles. He’s taking them from California to Massachusetts.

“Everybody’s life is on the line if your truck ain’t in tip-top shape,” Arrighi said.

Many other commercial trucks don’t appear to be so well maintained, according to startling results from a four-hour inspection blitz in Park City Thursday.

Out of 28 commercial vehicle inspections, law enforcement found 181 violations. Eighteen vehicles were so dangerous, they were taken out of service, according to Park City Police Capt. Phil Kirk.

“We are disappointed that they are still that many vehicles out there — construction vehicles, trucks — that have safety violations that are too dangerous to be out on the road,” Kirk said.

Within the last week, authorities say at least eight semis were involved in serious incidents that could have been prevented — five of them on Tuesday alone.

“That’s discouraging,” Kirk said. “We hope that by doing this on a regular basis and letting the truck companies know that, that they’ll do their job and start policing themselves.”

UHP encourages drivers to stop pushing their trucks' capabilities to meet delivery time constraints. Some truckers fail to even visually inspect their rig before hitting the road, according to Arrighi.

“It’s vital every day that you check that truck in the morning and also when you stop,” Arrighi said.

Based on the results form the inspection, Park City Police plan to hold another soon.