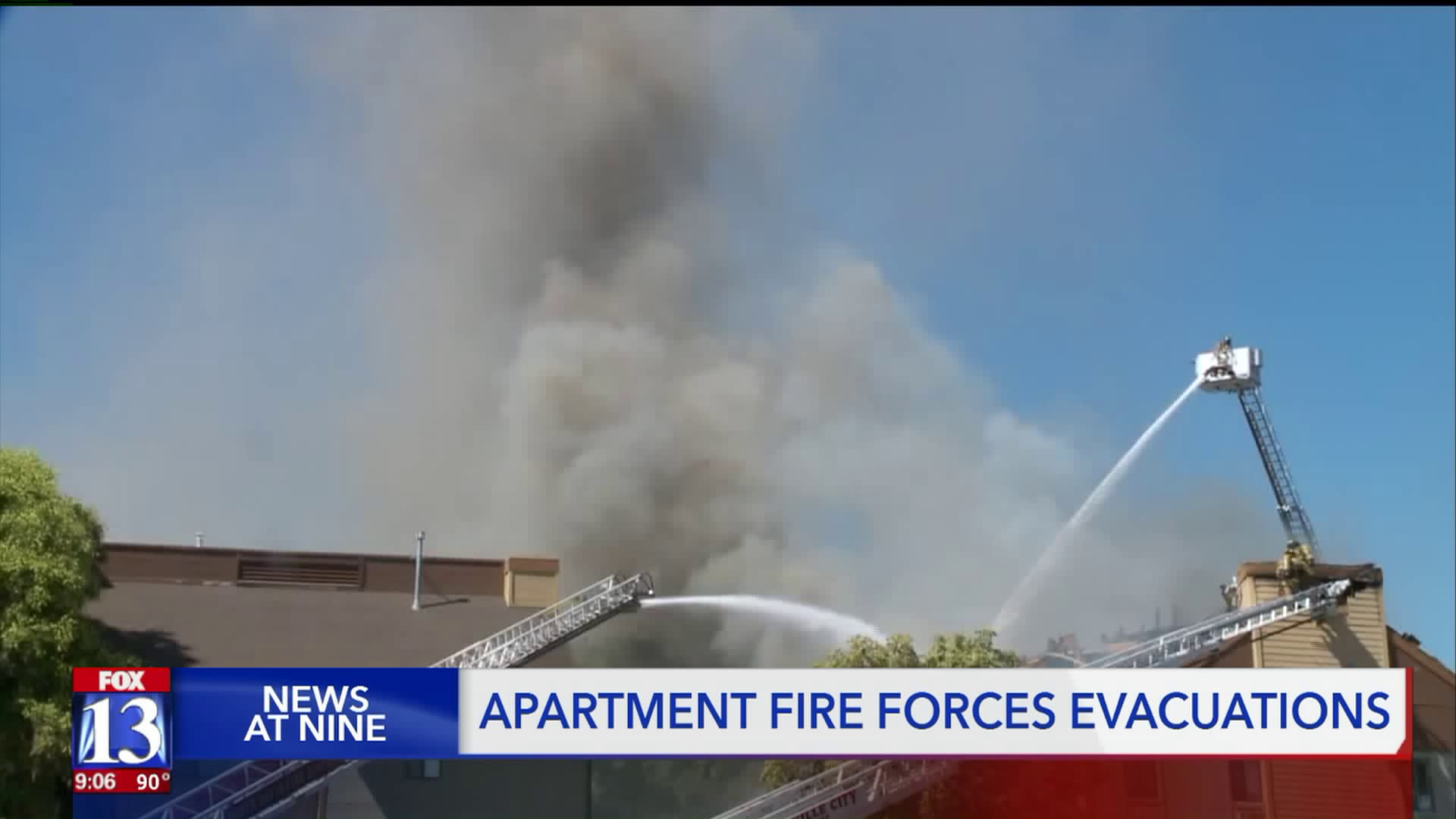 An entire apartment building was evacuated Monday after a fire damaged 24 units. 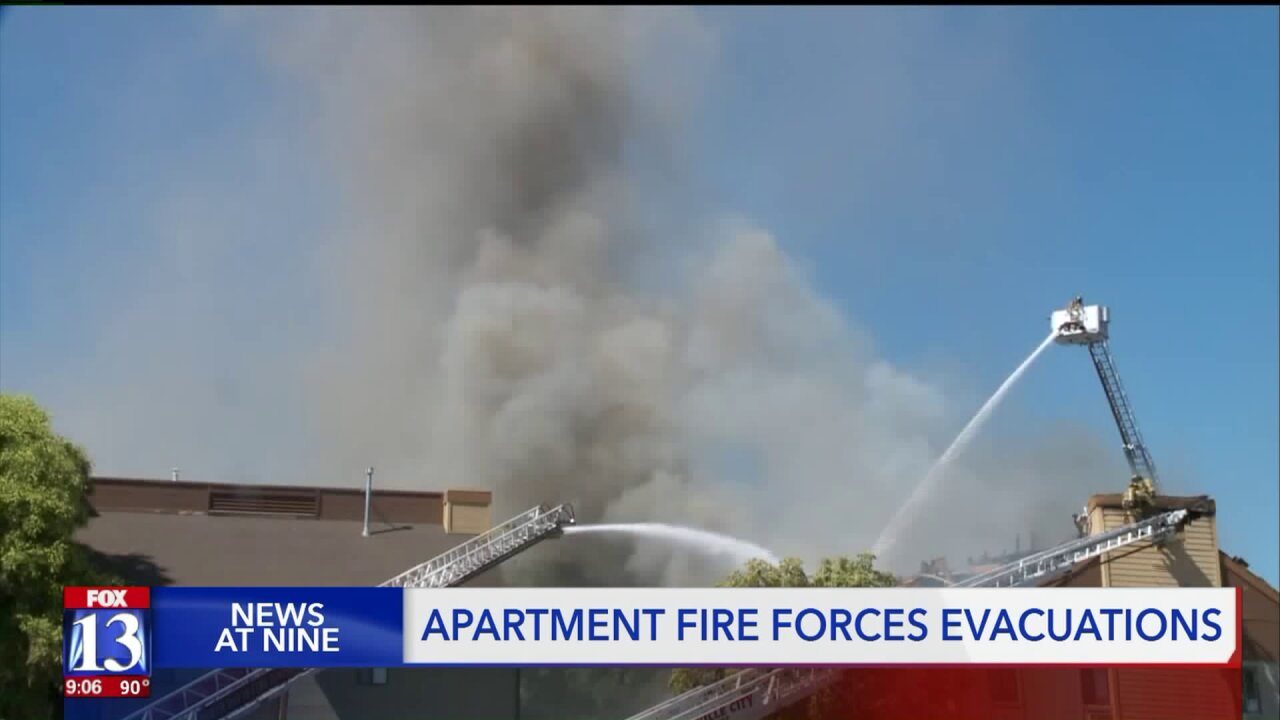 LAYTON, Utah — More than two dozen people were displaced after a fire tore through an apartment building.

Investigators with the Layton Fire Department say it began Monday, around 2:30 p.m. as a cooking fire in a first-floor apartment at the Layton Meadows complex. It damaged 24 units.

Because the complex was built in 1983, it is not equipped with a sprinkler system.  That allowed the fire to spread quickly.

“Our crews were literally just across the street on a fire alarm when this came in, so they left to come over here,” said Chief Kevin Ward with the Layton Fire Department.  “Had some rapid fire spread.”

Firefighters' first job was to make sure everyone inside made it to safety.

“Our priority was to make sure we could get it all clear throughout the building,” Ward said.

Ward said five residents were treated for minor injuries and seven firefighters suffered minor smoke inhalation.  He believes the building will be declared a total loss.

Residents helplessly watched as firefighters spent hours working to get a handle on the flames.

One man said he had just a few moments to react as smoke filled his apartment.

“I wake up hearing commotion outside.  I see smoke and realize, something’s not right,” said John, who shared a second-floor apartment with his mother.  “It happened so quickly.  I opened my door and all of the sudden, smoke just came in, and I realized, 'Oh my God, we gotta get out of here.'”

He ran from his apartment with only the clothes on his back.

“I started going upstairs, banging on people's doors to say, ‘Hey, there's a fire. Get out,’ and I realized, it’s bad.  I rushed downstairs,”  John recalled.

His mother was still trapped inside.

She was taken to the hospital to be checked for bruises and broken bones.  John suffered some minor burns.  He’s thankful his family survived, but he isn’t sure what will happen next after losing all of his belongings.

“I don’t know what to do,” John said.  “It’s just gut-wrenching to see your apartment go up in smoke and flames.  I’m still thinking it’s just a dream.”

The American Red Cross is assisting families who were displaced.  Anyone who would like to help can make donations by calling 1-800-RED-CROSS.