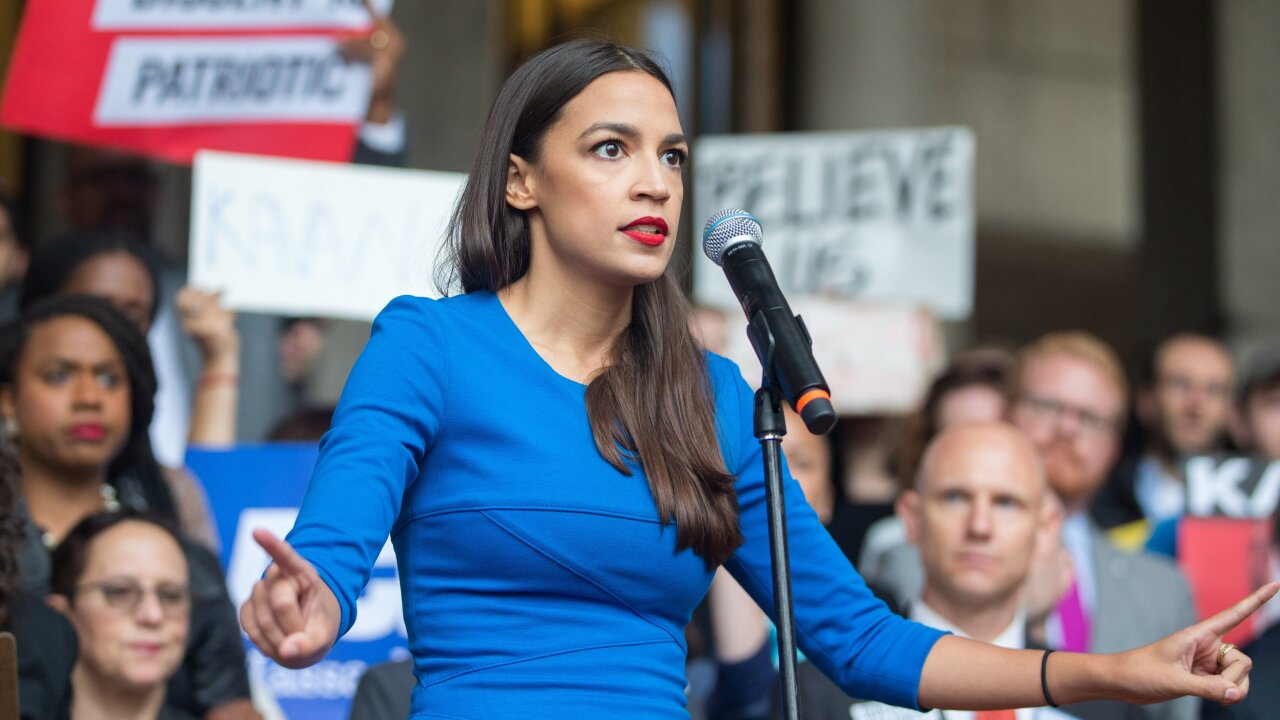 Democratic Rep. Alexandria Ocasio-Cortez has quickly become one of Washington’s most prolific social media users, but this weekend the New York freshman said Silicon Valley companies had too much power and that “the current monopoly trend is societally and economically unsustainable.”

Two police officers in Louisiana were fired Monday after one wrote a Facebook post suggesting Rep. Alexandria Ocasio-Cortez should be shot and the other liked it.

Officer Charles Rispoli wrote in the post last week that Ocasio-Cortez is a “vile idiot” who “needs a round…and I don’t mean the kind she used to serve.” Gretna Police Chief Arthur Lawson told reporters Monday that Rispoli — along with Officer Angelo Varisco, who “liked” the post — had been fired.

“This incident, we feel, has been an embarrassment to our department,” he said.

Gretna is across the river from New Orleans.

Ocasio-Cortez responded to Rispoli’s post, which was first reported by The Times-Picayune-New Orleans Advocate, by tying the language to President Donald Trump’s recent racist attacks against her and three other congresswomen of color.

“This is Trump’s goal when he uses targeted language & threatens elected officials who don’t agree w/ his political agenda. It’s authoritarian behavior,” she tweeted Monday. “The President is sowing violence. He’s creating an environment where people can get hurt & he claims plausible deniability.”

CNN was not able to reach Rispoli for comment. The Gretna Police Department and The Louisiana Fraternal Order of Police did not return CNN’s calls for comment.

The police chief also added: “I spoke to him personally just to try to find out why. I just couldn’t understand and I think he just got caught up in the heat of the moment,” he said. “I mean this wasn’t even a real news article.”