Utah County ‘burglar’ turns out to be a turkey 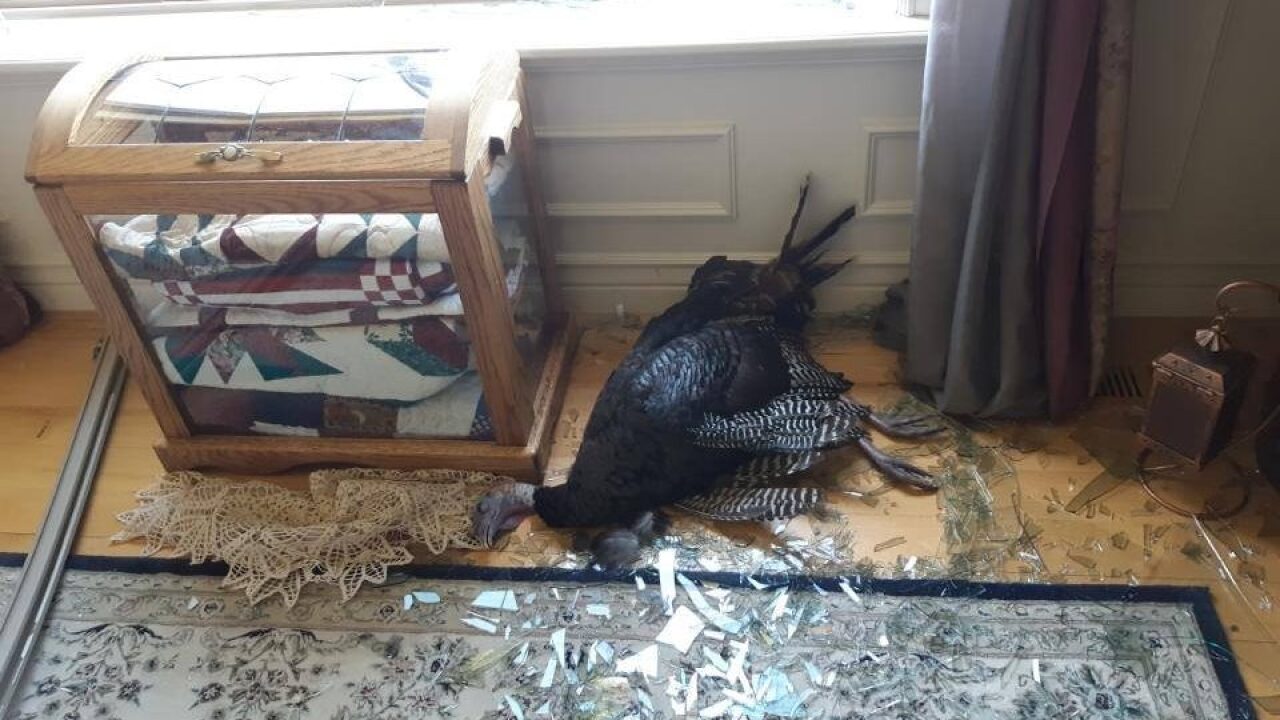 UTAH COUNTY — A wild turkey flew through the window of a home in the Highland/Alpine area Saturday, police discovered after a burglary was reported.

Two Lone Peak Police officers reported to a “burglary in progress” call, the department said in a Facebook post.

The caller told police they heard a window break at their next-door neighbors’ house, and that the residents were away from home at the time.

Police saw a window broken out, found an open door and began to clear the house.

“They were able to locate the suspect who sustained major injuries breaking through the window,” the post said.

Below the text was a photo of the unexpected intruder: a turkey on the floor that appeared to be dead.