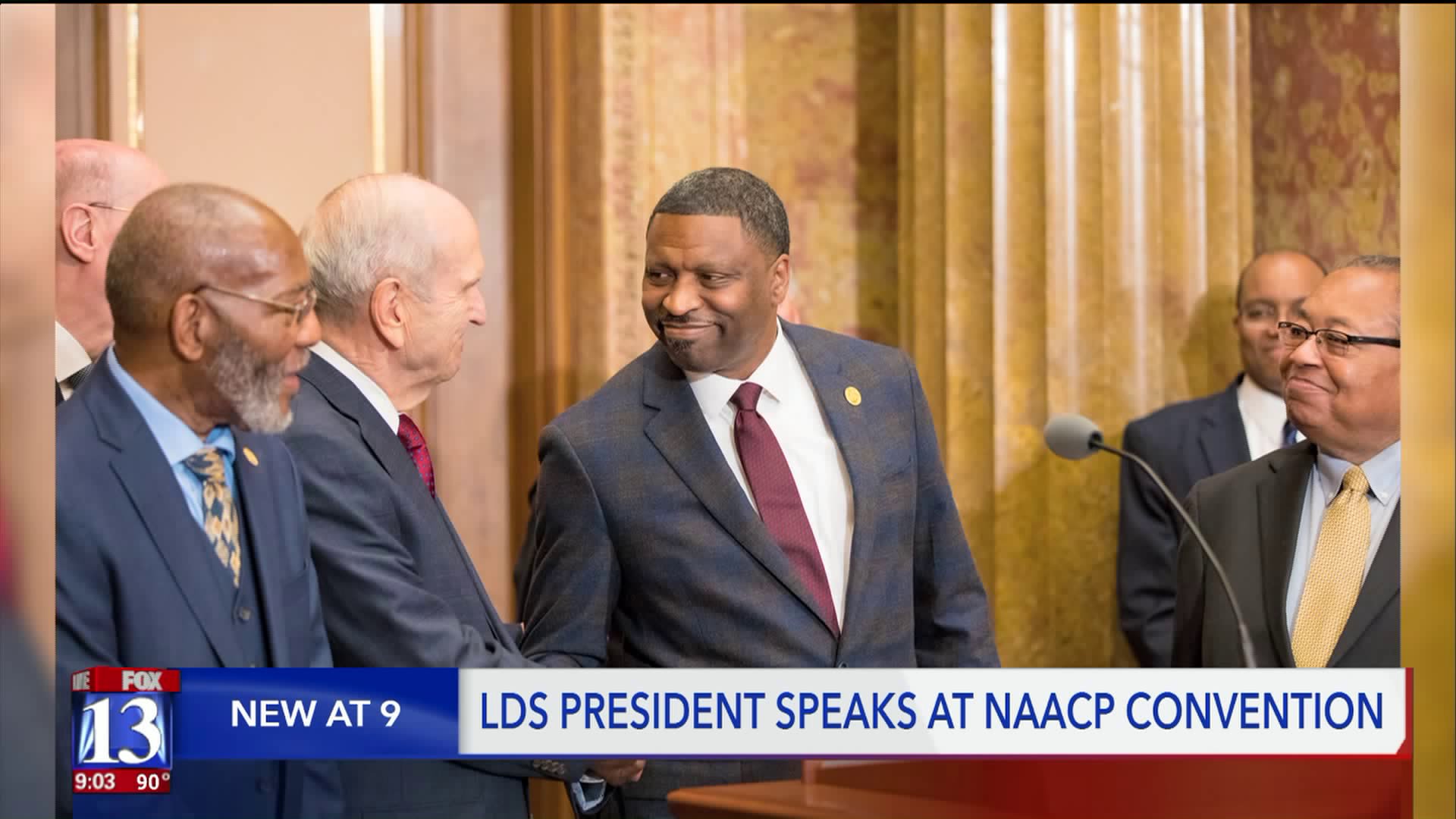 The president of the Church of Jesus Christ of Latter-day Saints spoke at the annual NAACP convention Sunday. 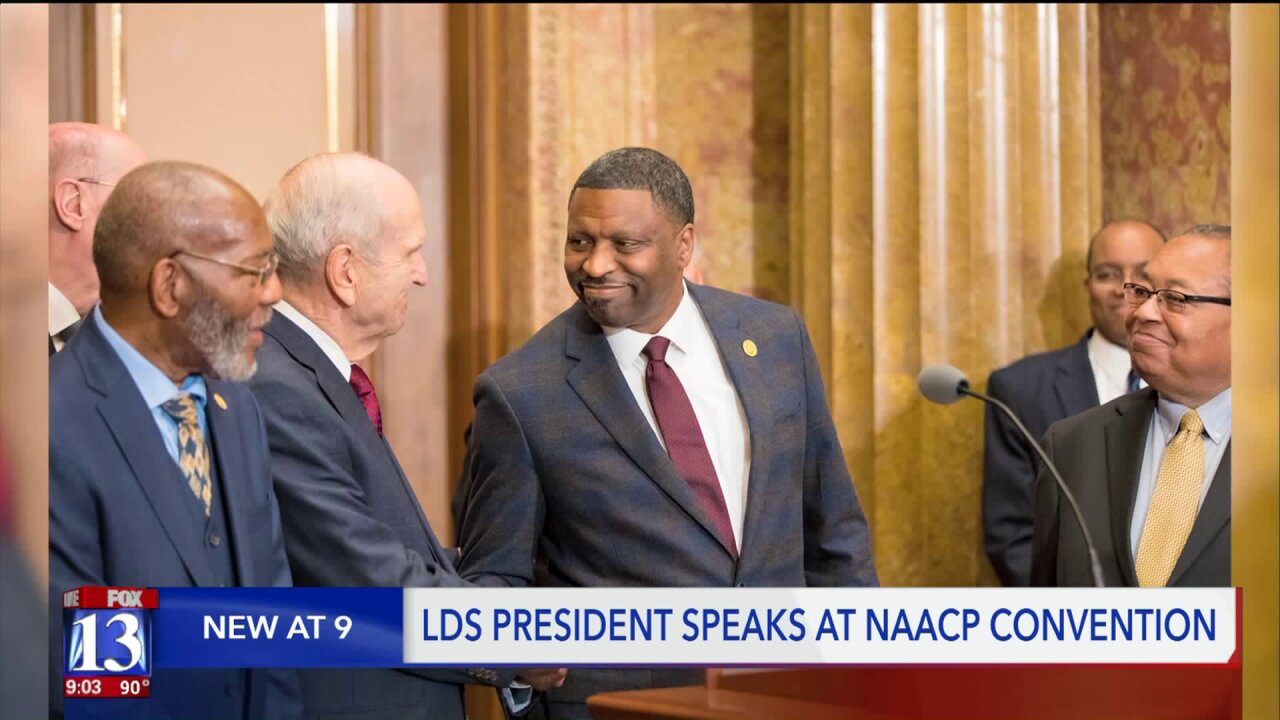 It’s the first time a Latter-day Saint church president has ever spoken at the NAACP (National Association for the Advancement of Colored People) convention, making this a historic night.

Many of the speakers spoke of political changes they hope for. Nelson, however, focused his remarks on loving God and loving neighbors.

“We truly believe that we are brothers and sisters all part of the same divine family,” he said.

As he spoke those words, Nelson was not just speaking to his congregation, but to everyone in Salt Lake City, everyone at the convention and everyone in the world.

True communities are built up of relationships of love, he said, sharing examples he saw of that love emulated by other religious groups in Salt Lake City.

“He and his church have enhanced our city in a most tangible way,” Nelson said.

Building bridges with new friends like NAACP President Derrick Johnson was another example of two communities standing together in harmony.

“I pray that we may increasingly call each other dear friends,” Nelson said.

Lifting each other up and uniting together, Nelson said the world will never be the same.

People in the crowd then gave him a standing ovation.