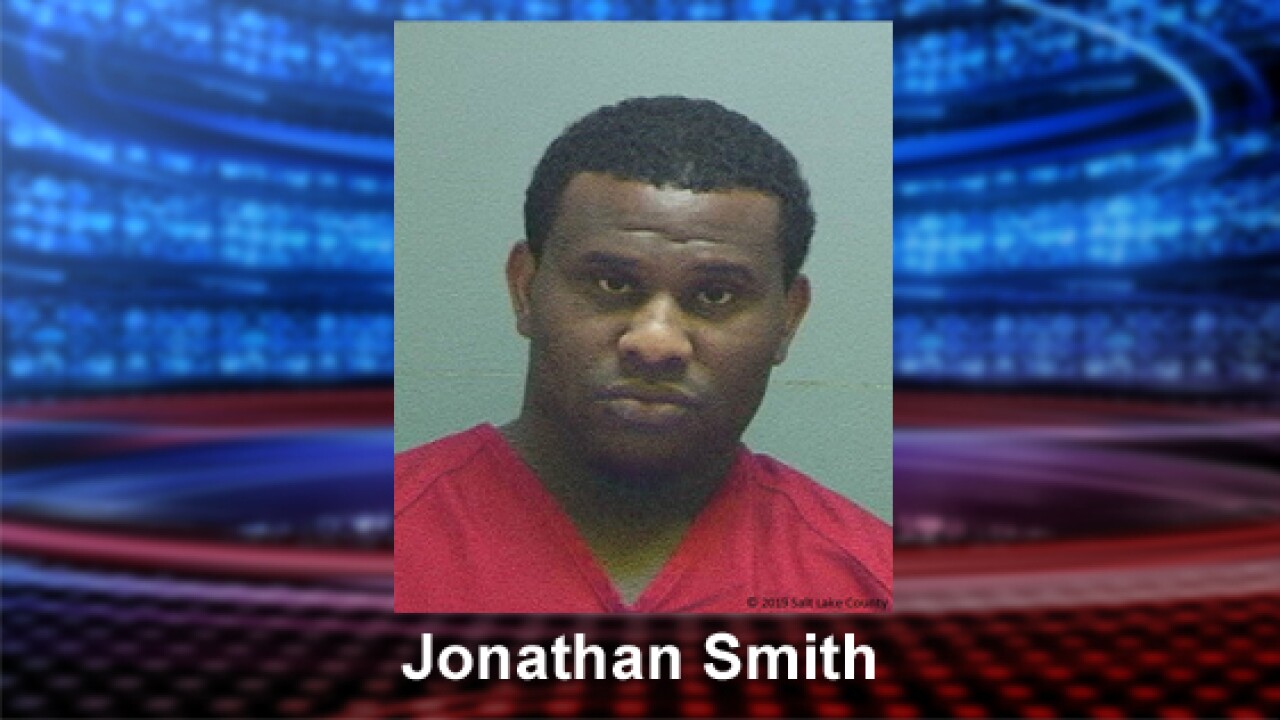 TAYLORSVILLE, Utah — A man was arrested Saturday in a SWAT operation after failing to come out of a home peaceably, police say.

Jonathan Denard Smith, 31, was booked on charges of kidnapping, aggravated assault, obstruction of justice and propelling an object at an officer, according to the Unified Police Department.

Officers responded around 2 p.m. to 4100 S. 1300 West in Taylorsville after meeting with a domestic violence victim in an emergency room and learning Smith was at the Taylorsville apartment complex, UPD officials said.

Smith reportedly refused to come out and police believed he may have had a gun, so SWAT was deployed.

"He refused to come out and make himself available for officers, and basically challenged officers to go in and take him," Det. Kevin Mallory of Unified Police said.

He was taken into custody and booked into Salt Lake County Jail.

Mallory said police do not usually deploy SWAT teams until they have exhausted all other options.

"Domestic violence situations are inherently dangerous on their own, and then when there's situations where there's a weapon involved, that basically raises the risk level in cases like this," Mallory said. "That's why we utilize a SWAT team to try and resolve it."